Saudi Arabia is well-known for its vast oil wealth, being the owner of the world’s 2nd largest proven oil reserve behind Venezuela. Having such wealth has created a culture of status symbols throughout the country. From legions of housemaids, to convoys of luxury cars, Saudi lifestyle is marked by the presence of status symbols, and gold is no different. In fact, so prevalent are high end luxury and sports cars, that it has become commonplace for them to be abandoned while still in perfect working order. In 2013, more than 4,000 cars were left abandoned in the capital city of Riyadh. While Islam prohibits men from outwardly wearing the yellow metal because it is seen as an immodest display of wealth, women commonly adorn themselves with gold. 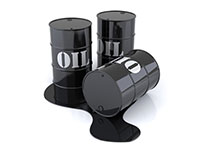 In the Kingdom of Saudi Arabia, the development of geological resources, particularly oil and precious metals, is handled by the state-run mining company Ma’aden. Saudi Arabia is well-known for its oil resources; however, gold has been mined from the Arabian peninsula for more than 3,000 years. Mahd adh Dhahab, or the “Cradle of Gold,” is a gold rich area of Saudi Arabia that is believed to be the origin of the riches of King Solomon. Currently, there are five gold mines in operation in Saudi Arabia that have purportedly realized a combined total of more than 4 million troy ounces of gold since 1986. All revenues that are derived from gold mining are a direct asset of the Saudi government, and the Saudi royal family.

Saudi Arabia has a jewelry industry that is on par with many of the other countries in the region. However, because of relatively weak private property rights (which are not well enforced), as well as credit restrictions due to Sharia law (namely, that interest-bearing financial assets are illegal), foreign investment is quite rare within the Saudi Kingdom. Also, because all mineral rights are considered property of the central government (or the royal family, by extension), private investment in gold mining and refining within the country is ostensibly non-existent. 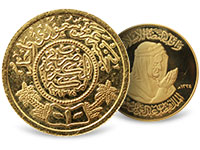 While Islam strictly forbids men from wearing gold jewelry, being seen as immodest, women commonly adorn the yellow metal in many forms. Like most other places around the world, gold jewelry such as rings, bangles, and brooches are quite common. Saudi Arabia, like other countries in the Middle East, has seen the integration of gold coins into women’s clothing items such as hijabs and sashes.

Although Saudis observe strict religious proscriptions against men openly wearing gold jewelry, women commonly wear it in a variety of forms. A man will customarily give his wife gold jewelry when they marry and when she gives birth to a child. Young girls may receive traditional gold bracelets as a gift, while married women wear gold on the outside of their hijab headdress in a number of forms--tiny bells, coins, or chains. Like in Turkey, it is not uncommon for coins or other gold items to be worn on clothing with a hook or clasp. These forms of gold will typically exhibit classical Islamic designs such as calligraphy; elaborate patterns and geometric shapes; and traditional imagery of leaves, crescents, or flowers. Saudi Arabia also has a rich numismatic history of gold coinage. The Saudi Arabian gold guinea was the standard gold coin struck during the 1950's. The weight and purity specifications of the Saudi Arabian guinea corresponded with those of the British sovereign, making it a viable international trade unit.