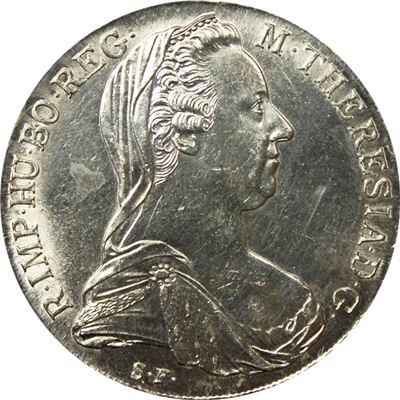 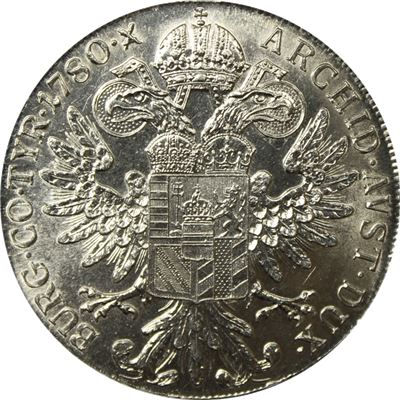 Click image for larger picture.
As low as
*Price changes every 5 seconds. The price added to cart will reflect the current spot price. Discount is calculated savings compared to credit card pricing for one unit quantity.
$22.89
As low as $5.99 over melt!

The 1780 Austria Maria Theresa Silver Thaler is .7516 oz of silver, and is an impressive commemorative of the Austrian Empress Maria Theresa Thaler's 40-year reign. As an official re-strike of the 1780 coin, this stunning relief of the Empress, along with the Austrian coat of arms, is a collectable to be exhibited. Said to be the origin of the American word "dollar," the Thaler was popular even in the 1780s, along with he Spanish dollar, as both comprised the backbone of the economy of that time.

Today, these coins are a beautiful reminder of Empress Maria Theresa Thaler's reign over Austria, Hungary, and Bohemia. The original portrait of the Empress was of her at a young age, and the Thaler coin aged as she did, with the portrait changing as the Empress changed. This Silver Thaler contains 0.7516 oz of silver, beautifully crafted into a work of art and a coinage that supported the economic growth of the Austrian trade. 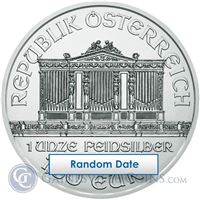 Austrian 1 oz Silver Philharmonic -Spotted (Dates of Our Choic...
Out Of Stock