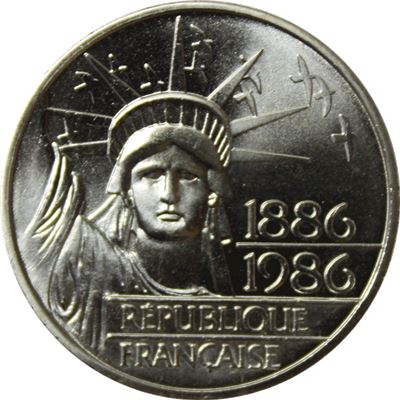 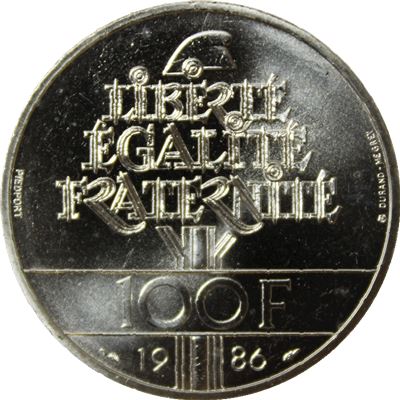 Click image for larger picture.
As low as
*Price changes every 5 seconds. The price added to cart will reflect the current spot price. Discount is calculated savings compared to credit card pricing for one unit quantity.
$39.74
As low as $29.95 over melt!

In 1886, the magnificent statue "La Liberté éclairant le monde" or "Liberty Enlightening the World" was dedicated in New York Harbor. More famously known as the Statue of Liberty, this monument, designed by Frederic Auguste Bartholdi, has served as a welcoming beacon for generations of immigrants entering the United States and as a potent and internationally recognized symbol of the nation. The iconic statue was a gift from France to the United States to memorialize its successful revolution and consequent independence. Take this opportunity to celebrate Liberty and add this beautiful 1986 100 Franc commemorative silver coin to your collection today.

The obverse of this coin contains the head of the Statue of Liberty with soaring birds overhead flanked by the dates of the monument’s construction and 100-year anniversary (1886-1986) and "Republique Francaise." The reverse depicts a Phrygian or "Liberty" cap, a symbol of revolutionary freedom, placed atop the French national motto, “Liberté, Egalité, Fraternité” meaning “Liberty, Equality, Brotherhood.” Below this inscription is detailed the 100 Franc denomination and mint year (1986).

Millions of these commemorative coins were minted; however, their intrinsic value makes them a great choice for those interested in buying silver. Each coin contains .434 oz. pure silver. Additionally, this coin's popularity may well be related to its spectacular design, making this coin ideal as a gift or collectible. Let this beautiful coin grace your collection or silver cache today. 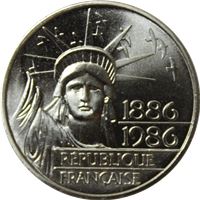 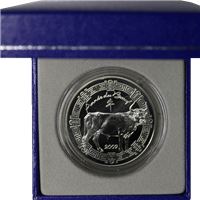 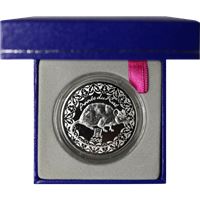 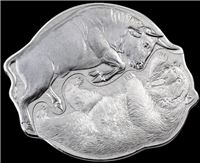