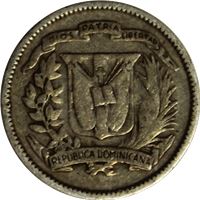 The area generally known as "the Caribbean" includes islands that don't actually sit in the Caribbean Sea, such as the Bahamas and Bermuda. This region of islands was first explored by the Spanish, though there were several island colonies founded by the British, French and Dutch as well. Counting sovereign nations, Overseas Territories and dependencies, there are 30 distinct political entities in the Caribbean Islands area. These range in size from Cuba and Hispaniola to tiny Grenada.

Due to the Spanish hegemony in South and Central America in the early colonial period, the silver real became the de facto trade currency. This coin was routinely cut into eight equal pieces due to the lack of smaller denominations of coins, giving rise to the nickname "piece of eight" made famous in pirate stories. The British, French and Dutch tried to supplant Spanish silver with their own coinage, to varying degrees of success. In the post-colonial period, many Caribbean nations minted their own silver coinage prior to the collapse of the gold standard. Since then, gold and silver commemorative coins have become a popular source of incremental income for the islands.