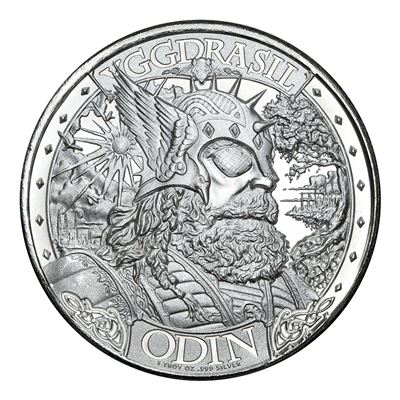 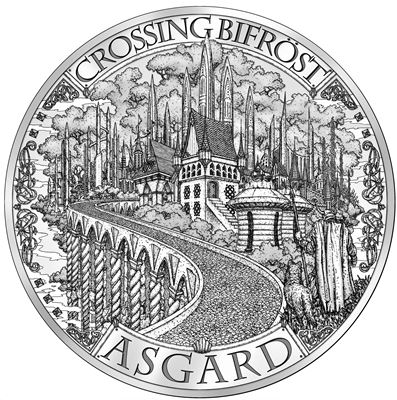 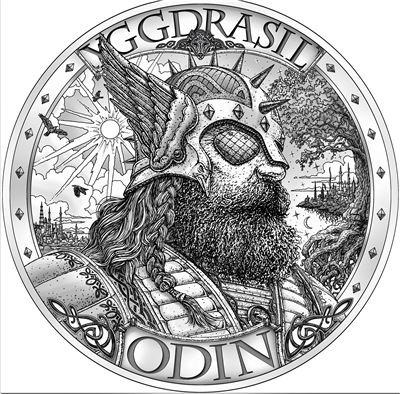 Click image for larger picture.
As low as
*Price changes every 5 seconds. The price added to cart will reflect the current spot price. Discount is calculated savings compared to credit card pricing for one unit quantity.
$27.59
As low as $3.75 over spot!

Step into the dark mythos of Norse mythology with the Asgard 1 oz Silver Round (.999 Pure) from the exclusive Mythical Cities Series!

These new silver rounds are struck from .999 fine silver, meaning they are 99.9% pure. Each round contains 1 troy ounce of actual silver weight (ASW).

The obverse design depicts Odin, the formidable deity in Norse and Germanic traditions. He is shown wearing his eye patch and a winged helmet, joined by his two ravens, looking every bit as intimidating as one would expect from a powerful god. The background includes a radiant sun and the cosmic tree at the center of the universe, Yggdrasil. Rim inscriptions include "YGGDRASIL" at the top and "ODIN" along the bottom.

Known in the mythology as Bifröst, the great bridge between the Earth and the realm of the gods is shown on the reverse design. The bridge itself is a burning rainbow and leads to Asgard, the dwelling place of the Norse gods. An ornate fortification is shown at the end of the winding bridge, surrounded by clouds and a forest. "ASGARD" is found at the bottom rim while "CROSSING BIFRÖST" is inscribed along the top rim.

Among other things, Odin is credited with introducing mankind to the runic alphabet. Enjoy this stunning design in .999 pure silver with the Asgard 1 oz Silver Round - Mythical Cities Series exclusively available at Gainesville Coins! 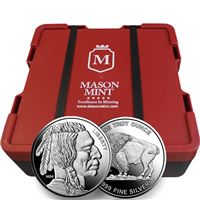