In 2009, the US Mint marked the 200th anniversary of Abraham Lincoln’s birth with a four-coin series of circulating commemorative cents. Known as the “Lincoln Bicentennial” series, the program consisted of four different reverse designs marking major milestones in Lincoln’s life. 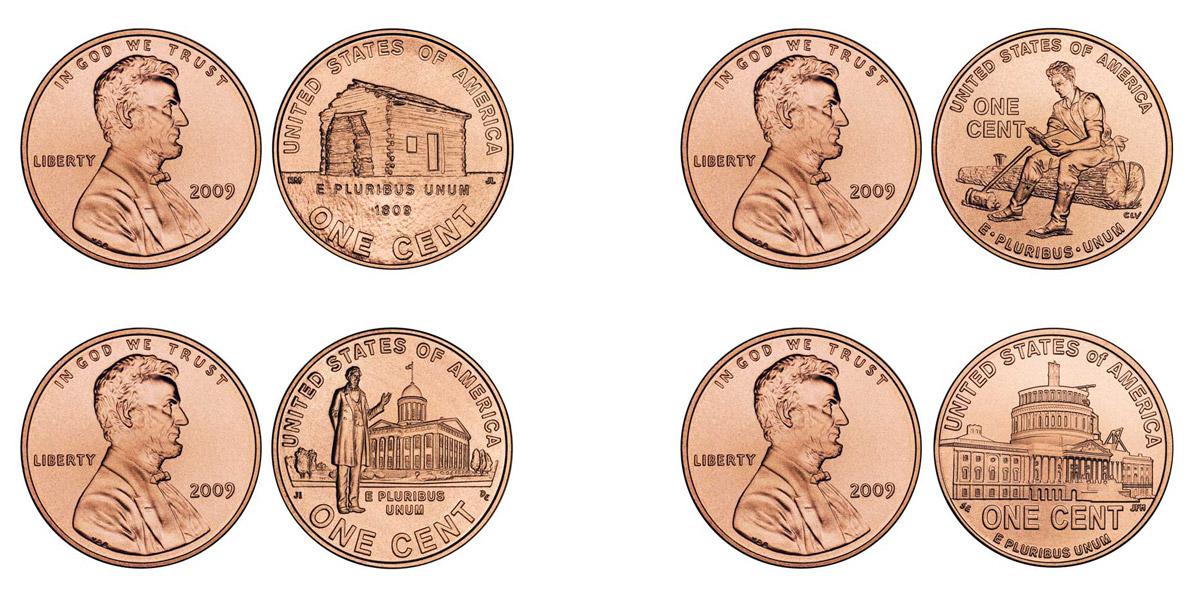 All images courtesy of USA CoinBook unless otherwise noted

The front design (obverse) for Lincoln pennies remained the same in 2009. The difference with the new commemorative coins was the 2009 Lincoln penny back designs (reverse).

The first commemorative reverse, named “Birth and Early Childhood in Kentucky” showed a rough log cabin similar to the one where Lincoln was born.

The second design was named “Formative Years in Indiana.” This design portrayed a young adult Lincoln taking a break from rail splitting and studying with a book. Lincoln was largely self-taught as a young man.

The third design, “Professional Life in Illinois,” shows Lincoln in front of the Illinois State Capitol in Springfield. Lincoln worked as a lawyer in Springfield and served in the state Legislature.

The fourth and final design in the series was named “Presidency in Washington DC.” It shows the US Capitol under construction, as it appeared on the day of Lincoln’s first inauguration. This scene is meant to invoke Lincoln’s determination to rebuild the nation from the “house divided” caused by the Civil War.

The combined mintages of all four designs from both the Philadelphia and Denver Mints was more than 2.3 billion coins. Combined with the fact that many millions of Lincoln Bicentennial cents were saved by the public, it is small wonder that they are so seldom seen in circulation.

That hoarding also explains why a Lincoln Bicentennial cent is not worth much more than face value in any grade less than MS65. A certified 2009 Lincoln cent grading MS65 often sells for around $15. Prices escalate from there, to around $100 for a MS67.

All 2009 Lincoln cents retained the obverse by Victor D. Brenner that has been in use since the Lincoln cent was introduced in 1909. The circulation strike 2009 Lincoln Bicentennial cents were produced on the normal copper-clad zinc core blanks. The four 2009-S Proof Lincoln cent designs and the satin finish Lincoln cents in the 2009 Uncirculated Set were struck from 95% pure copper—the first time Lincoln cents had been made of copper since 1982. 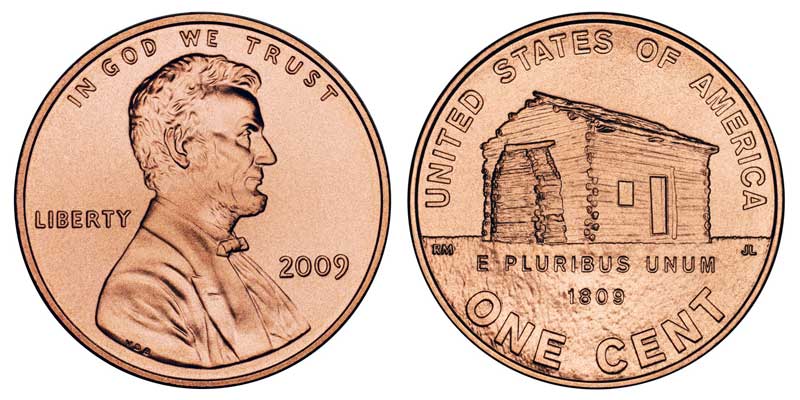 The log cabin scene on the reverse was designed by Richard Masters, and sculpted by Jim Licaretz. 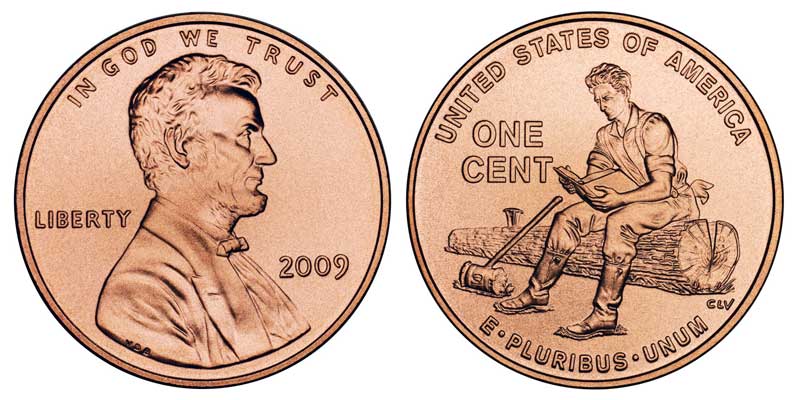 The depiction of the young “railsplitter” Lincoln was designed and sculpted by Charles L. Vickers. 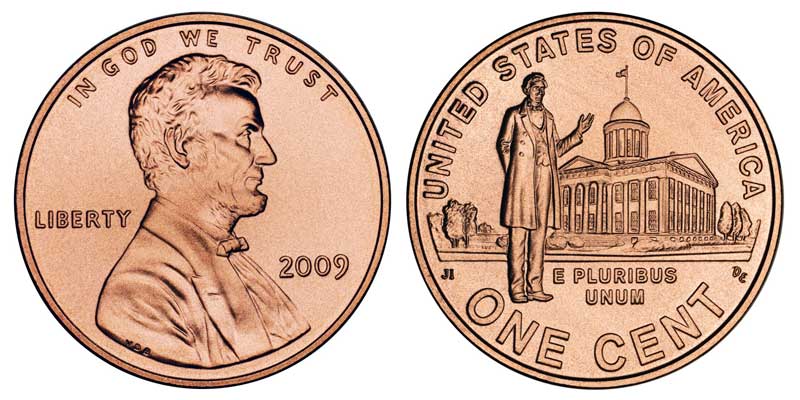 This depiction of Lincoln as lawyer and statesman was designed by Joel Iskowitz and sculpted by Don Everhart. 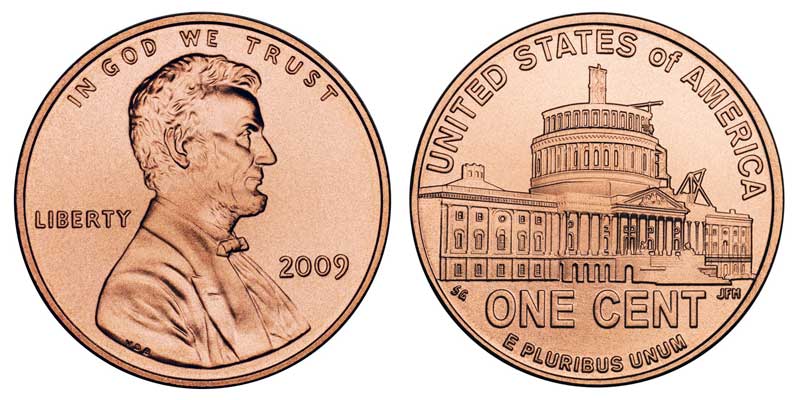 This reverse was designed by Susan Gamble and sculpted by Joseph Menna. 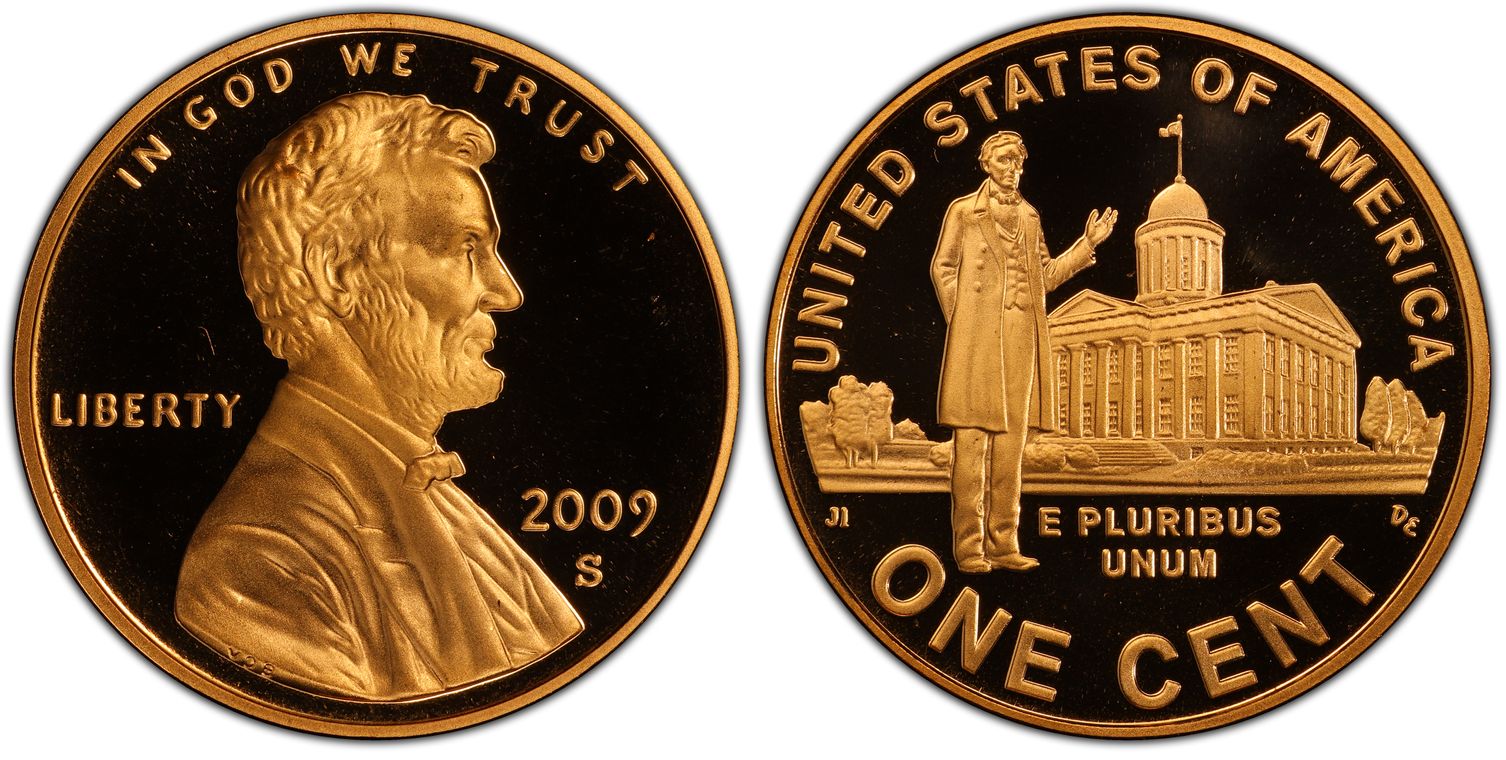 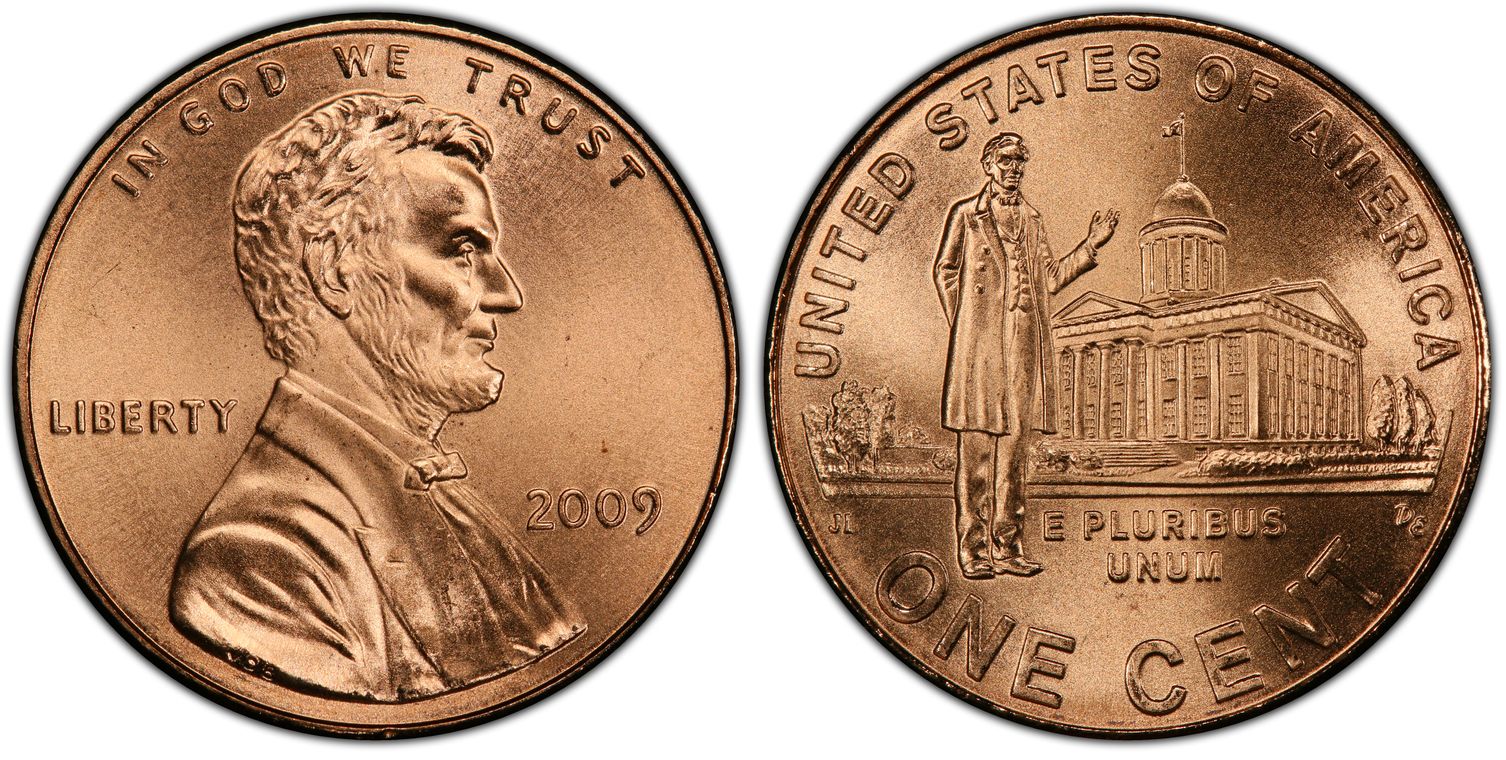 The satin-finish 2009 Lincoln cents were only issued as part of the 2009 Uncirculated coin sets. These sets used special burnished dies to give a satin finish to the fields on each coin.

The 2009 Uncirculated coin set comprised 36 coins, double the number in the Proof sets. These sets featured all 18 coin designs and denominations issued in 2009 for both the Philadelphia and Denver Mints.

There are many instances of errors on the different 2009 Lincoln cent mintages, but the supply of most of them is greater than collector demand. PCGS only recognizes one set of varieties—the die doubling on Lincoln’s hand on the “Formative Years” design.

Look for die doubling on the ends of the logs in the front left corner of the log cabin. The doubling will generally affect only two or three logs. These logs can be in different places. Sometimes the E in ONE and the C in CENT are doubled.

These errors can be thought of as similar to the “extra corn leaf” doubled die reverses on the 2004-D Wisconsin state quarter in visibility and popularity.

Die errors on the 2009 “Professional Life” Lincoln cent are concentrated on the third upstairs window to the left, where filled-in window panes and doubled window sills are the most common ones found. 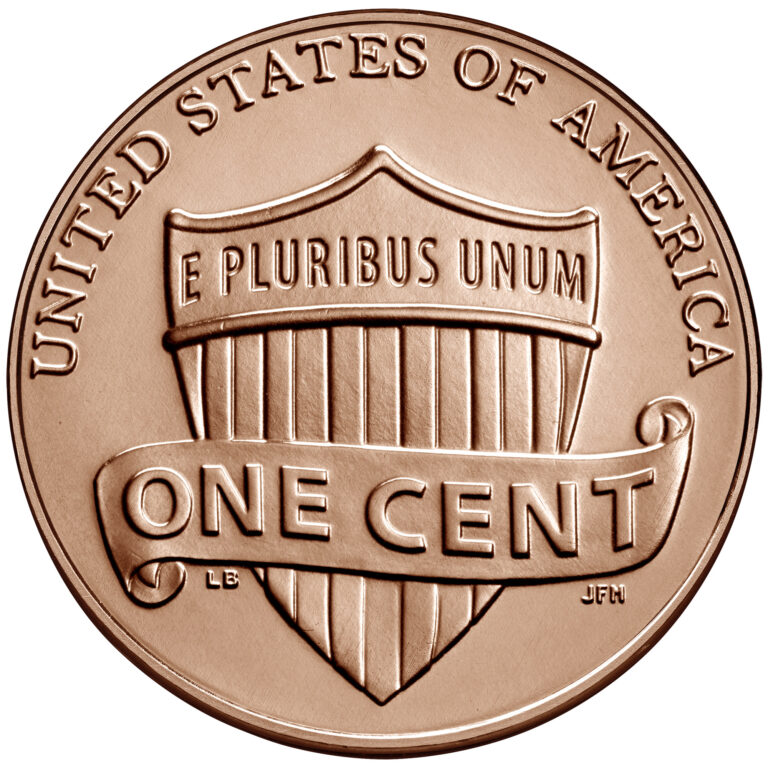 After the 2009 Lincoln Bicentennial celebrations were done, the cent returned with a new permanent reverse. Building on the sentiment conjured by the 2009 designs, the new “Union Shield” Lincoln cent harkens to a patriotic, reunited Union after the Civil War.

Read more about U.S. Mint coins from the authors at Gainesville Coins:

What Are the Different Penny Errors and What Are They Worth?