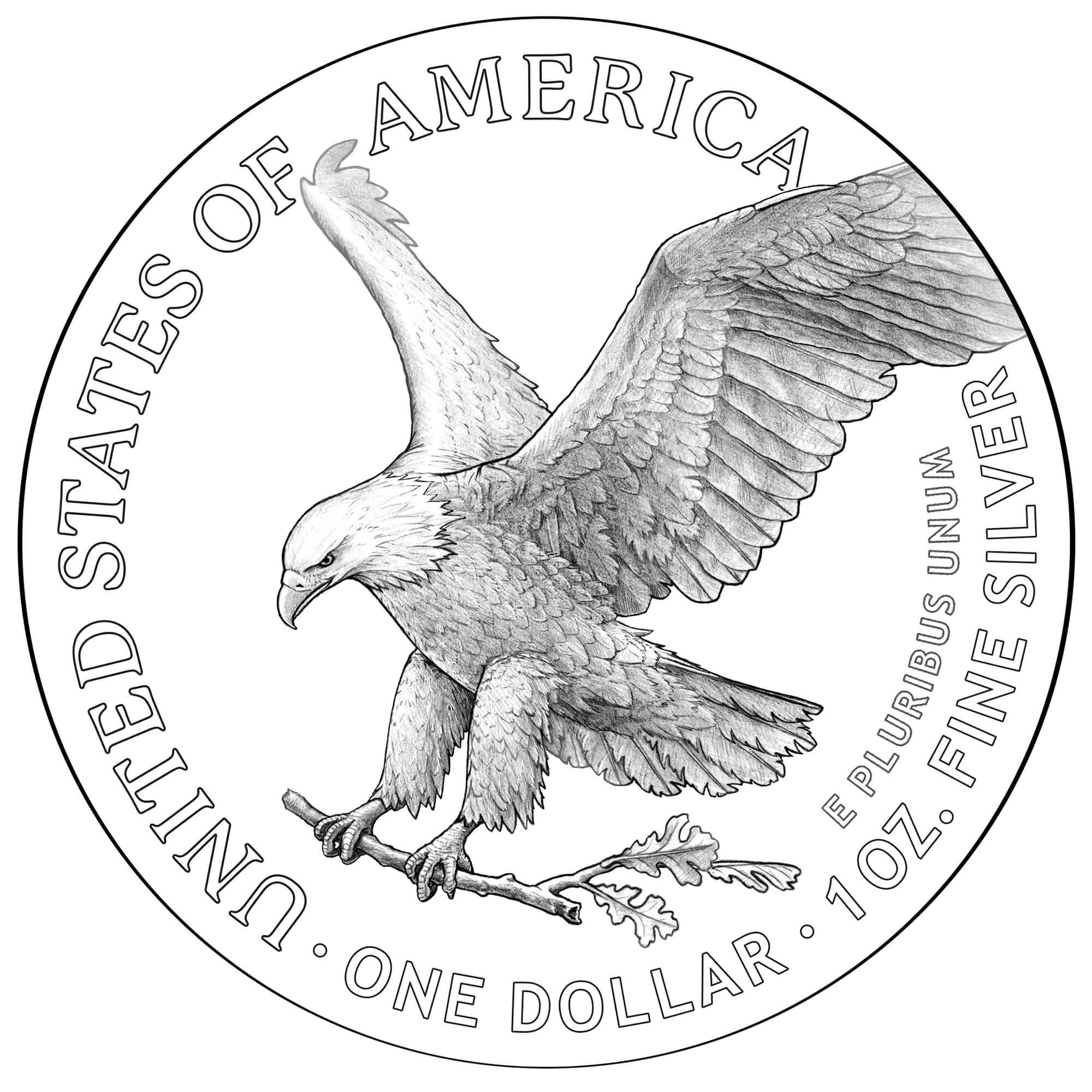 The new 2021 Silver Eagle reverse design will be a break from the past, replacing the original reverse eagle design of a heraldic eagle created by John Mercanti in 1986. The 2021 SIlver Eagle will also debut a "refreshed" depiction of the famous "Walking Liberty" design on the obverse, based on the original 1916–1947 silver half dollar by Adolph A.Weinman.

The Mint uses special occasions to revisit historical coin designs that are used on modern coins. Modern technology allowed the Mint to scan Weinman's large master molds of the Walking Liberty half dollar, capturing all the fine details of the artist's original 1916 design. The new dies from these scans will present Weinman's famous design to the public as he originally intended.

The 2021 Silver Eagle design change replaces the symbolic "eagle with shield and stars" reverse with a dynamic image of a real bald eagle in flight. Carrying an oak branch, the eagle is shown flaring its wings to land.

The required inscriptions curve around the rim, and are rendered in a new clean, modern style. The national motto E PLURIBUS UNUM that was on a ribbon in the old design has been enlarged and moved above the weight of the coin.

Emily Damstra is the artist who created the new American eagle design. Damstra has previously designed coins for the highly-esteemed Royal Canadian Mint, and was contracted through the U.S. Mint's artistic infusion program (AIP). Her work was chosen among many submissions for proposed reverse designs, judged by an expert panel known as the Citizens Coinage Advisory Committee (CCAC).

Part of the reason for redesigning the Silver Eagle in 2021 is to introduce new anti-counterfeiting measures. The same is true of the new American Gold Eagle coins.

This is an area where the U.S. Mint has lagged behind the mints of other nations. The Mint promises multiple anti-counterfeiting measures will be incorporated into both the Silver Eagle and Gold Eagle bullion coins. Implementation of the enhanced security measures for collector versions of American Eagle coins will come when they change to the 2021 reverse.

While officials did not go into details about the new security features, recent collaborations between the U.S. Mint and Royal Canadian Mint point to the possibility that the RCM will share its world-leading anti-counterfeiting technology with the U.S. The same can be done for U.S. gold coins, as well. 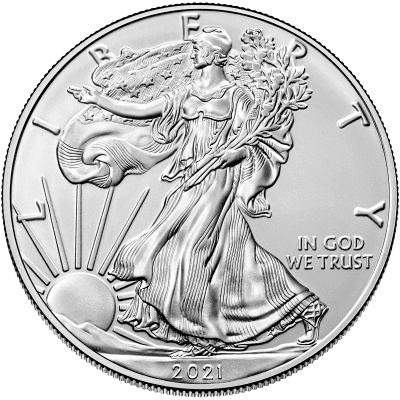 The U.S. Mint plans to release the redesigned 2021 American Silver Eagle in "summer 2021" according to their press release ("United States Mint Unveils New American Eagle Gold and Silver Coin Reverse Designs"). This means that some versions of Silver Eagles will be made with both designs.

Michael White, a spokesperson for the mint, explained in an email that the 2021 bullion and 2021-W proof Silver Eagles from the West Point Mint will be released in January. They both will carry the old, original design until the middle of the year, then transition to the new reverse design.

This means that the 2020-S proof and 2020-W uncirculated Silver Eagles will be the last mintages of their type to feature the old reverse. Collectors should plan accordingly.

The 2021 American Silver Eagle will be a key date in the series. There are two 2020 Silver Eagles that will also be key dates, being the last full year of the old design. Collectors will certainly want to obtain examples of Silver Eagles with both reverses.

Here is a quick checklist, so you know which 2020 coins you need to buy before they sell out.

Check out all of the American Silver Eagles available for sale on our category page of product listings.

About the American Silver Eagle 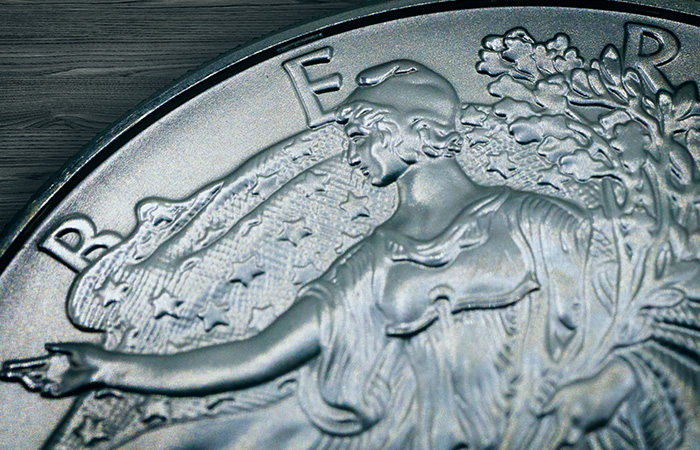