A plan conceived by the Austrian central bank in 2015 to move 50 tonnes of their monetary gold from London to Switzerland has not been realized seven years later. Here is an introduction to what could possibly have happened. 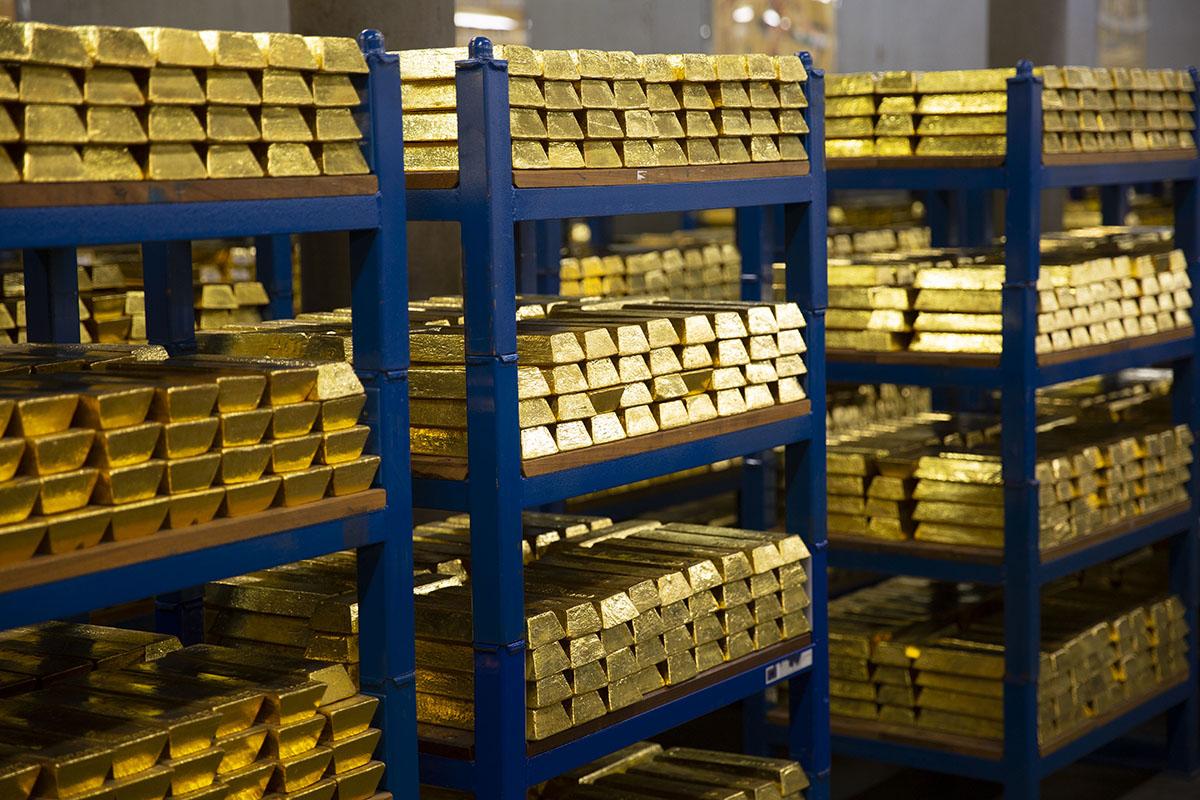 Gold at the Bank of England

Since 2007 the Austrian central bank (Oesterreichische Nationalbank, hereafter "OeNB") owns a few kilograms short of 280 tonnes of gold. In a report released by the Austrian “court of audits” (Rechnungshof, RH) from February 2015 it stated Austria was holding too much of its metal (82%) in London at the Bank of England (BOE). The court of audits concluded that all contracts between OeNB and its external depositories, but mainly the one in England, contained deficiencies and auditing measures were lacking. 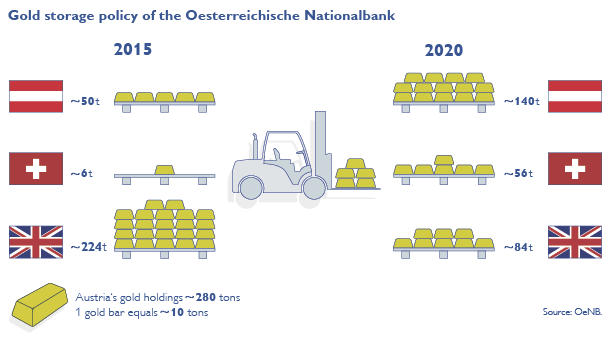 In 2018 OeNB announced to have repatriated 90 tonnes from London—ahead of schedule. Up to fifty percent of OeNB’s gold was brought home, divided between OeNB’s own vaults (90 tonnes) and the vaults of the Austrian Mint (50 tonnes). The transfer of gold from London to Switzerland, however, wasn’t done yet.

From January 2020 up until January 2022 there was a graph on OeNB’s website suggesting all metal that was supposed to be located in Switzerland had arrived, though in the fine print it read: “By 2020 at the latest, the OeNB will have completed the implementation of its gold storage policy in Switzerland.” 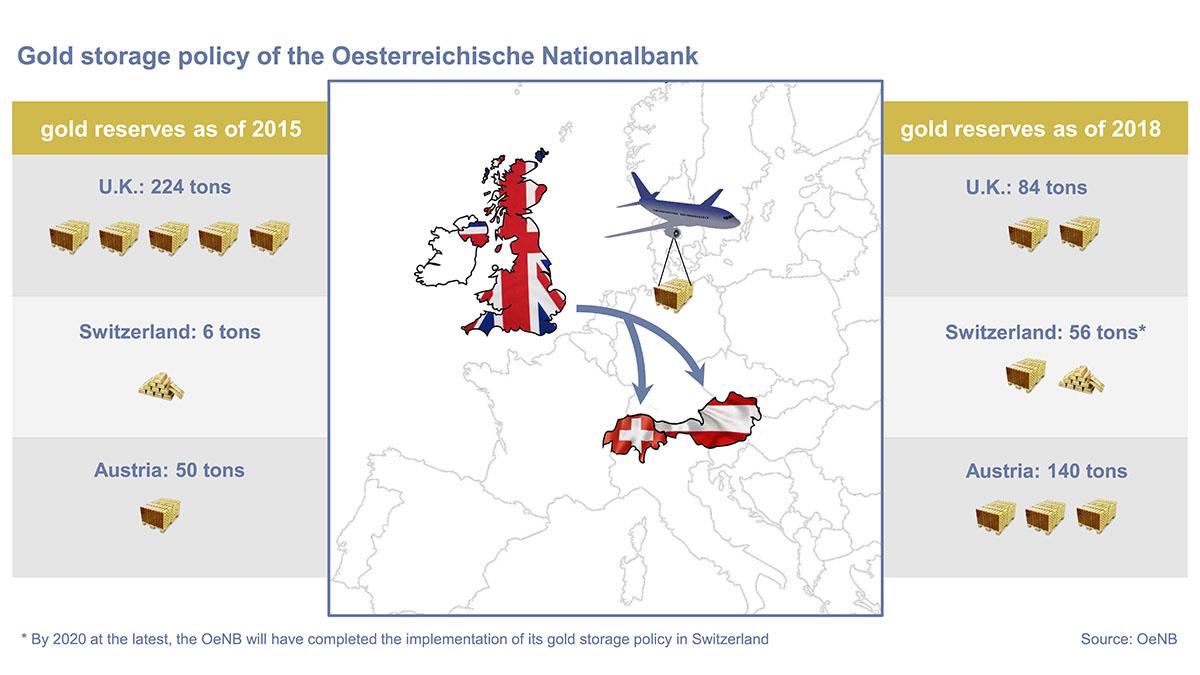 Graph visible on OeNB’s website from January 2020 up until January 2022, according to the Internet Archive.

It’s very likely that up until today none of the gold that was planned to be transferred from London to Switzerland has arrived. Somewhere after January 2022, the graph above disappeared from OeNB’s website. Now the webpage reads:

The relocation [from London to Switzerland] has been postponed until organizational and logistical obstacles have been resolved.

In an email OeNB wrote me:

We can confirm that the relocation has been postponed. However, we are not allowed to disclose any details in order to comply with contractual obligations to keep business secrets of external partners involved.

Based on the publication dates of the reports OeNB must have concluded the shipment towards Switzerland would be postponed in between May 2017 and May 2018. Repatriating gold from London went as scheduled.

What could possibly have happened in between May 2017 and May 2018 that made OeNB have to wait for more than six years to move its gold from London to Switzerland?

Due to the complexity of this investigation, I have decided to publish my analysis in multiple parts—at least three as I see it now. In forthcoming articles, we will zoom in on the role of BOE, the Bank for International Settlements (BIS), and the vaults of the Swiss central bank—where the gold was supposed to be by now.

Correction: in my previous article I made a mistake. I wrote that Mexico has released a proper gold bar list. Soon after I published the article I realized this is false. The Mexican bar list does not comply to industry standards. The serial numbers on the list are not the same as the serial numbers on the bars. The list shows numbers from a shadow accounting system at the Bank of England.

Read more expert insights about the global gold market from the author:

Is the Russian Ruble Linked to Gold?