The Canadian Silver Maple Leaf is a bullion coin issued by the Royal Canadian Mint. It contains one troy ounce of .9999-fine silver.

Issued since 1988, the Canadian Silver Maple Leaf has become one of the world’s most popular silver bullion coins, along with its United States one-ounce silver coin counterpart, the American Silver Eagle, first struck in 1986.

In addition to its one troy ounce of silver content, the Canada Silver Maple Leaf has a face value of five Canadian dollars. The Canadian Silver Maple Leaf is visually distinctive from other silver bullion coin. It has a large obverse portrait of the reigning British monarch and standard issue. On the reverse, it has an intricately designed visage of the five-pointed maple leaf, Canada’s national symbol.

The iconic reverse design of the Silver Maple

However, it should be noted that in more recent years, the Canadian Silver Maple Leaf series has seen many ornate special editions follow suit. This includes designs bearing nature themes and even holographic elements. Some scarcer offerings pitch the Silver Maple Leaf in fractional sizes as well as 1.5-ounce variants.

Many issues include privy marks incorporating special commemorative designs. Suffice it to say, while the Canadian Silver Maple Leaf is widely popular with bullion investors looking for a cost-efficient store of precious metal, this silver coin series from Canada leaves plenty to entice diehard coin collectors and sculptural art enthusiasts, too.

What Are Silver Maple Leaf Coins Worth?

In the most basic sense, a bullion-finish Canadian Silver Maple Leaf is worth a slight premium over its prevailing spot price. The exact spread between the spot price and the price you’ll pay—or be offered (if selling)—varies from case to case. It is largely contingent on the current market trends and dealer demand for Canada Silver Maple Leafs.

If you’re buying, expect to pay a few dollars over melt price for a standard-issue, random-year Canada Silver Maple Leaf in bullion finish. And selling? You’ll likely realize a small percentage over melt. You might enjoy a slightly more substantial payout if the dealer is trying to fill urgent inventory gaps.

Should I Buy Silver Eagles or Silver Maple Leafs? 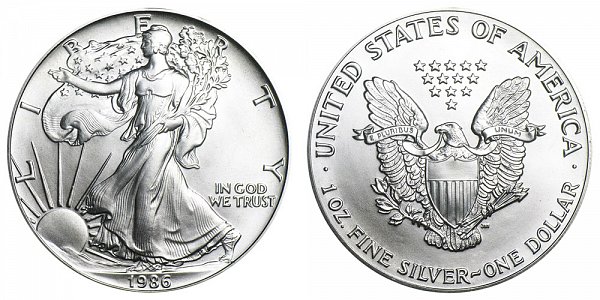 This is a great debate that many North American silver investors face. While the American Silver Eagles and Canadian Silver Maple Leafs are outwardly two distinct series, at the end of the day, the standard issues of each are similarly one-ounce silver coins of similar purity. So, what are the difference makers between these two coins, and how should someone decide which one to buy?

It’s a decision that often comes down to several factors, including:

Sometimes during periods of brisker bullion market activity, dealers may have limited availability of silver coins. In these cases, silver stackers who are simply looking to purchase any type of high-purity silver coin might indiscriminately buy American Silver Eagles or Canadian Maple Leafs—whichever is in stock. Either is a fine choice. Those whose utmost goal is to buy silver coins can’t go wrong when deciding between Silver Maple Leafs and Silver Eagles.

The Canada Maple Leaf and American Silver Eagle are both roundly respected by silver investors and silver dealers everywhere. Yet there are still regional preferences for particular coins. This is undoubtedly the case with the two silver coins in question here. Patriotic sentiments and other factors may lend to the American Silver Eagle being easier to sell in the United States. Likewise, the Silver Maple Leaf is more palatable with investors in Canada. This is worth considering for silver stackers who may be looking to liquidate their holdings now or in the future in a specific geographic region.

Even the most laser-focused silver investors who claim to care only about getting their silver at the lowest-possible price have their aesthetic proclivities. Some investors simply prefer the design, appearance, and patriotic themes of one coin over the other. Meanwhile, others will buy both to help visually diversify their bullion portfolio. It may enhance the liquidity of their silver holdings regardless of where or to whom they sell their coins.

How Can You Tell if a Silver Maple Leaf Coin is Real?

The Canada Silver Maple Leaf is one of the bullion coins most frequently imitated by counterfeiters. The Royal Canadian Mint has tried combating this with unique security enhancements in 2014. They added radial lines and micro-engravings to the coin, making it much more difficult for counterfeiters to replicate accurately. 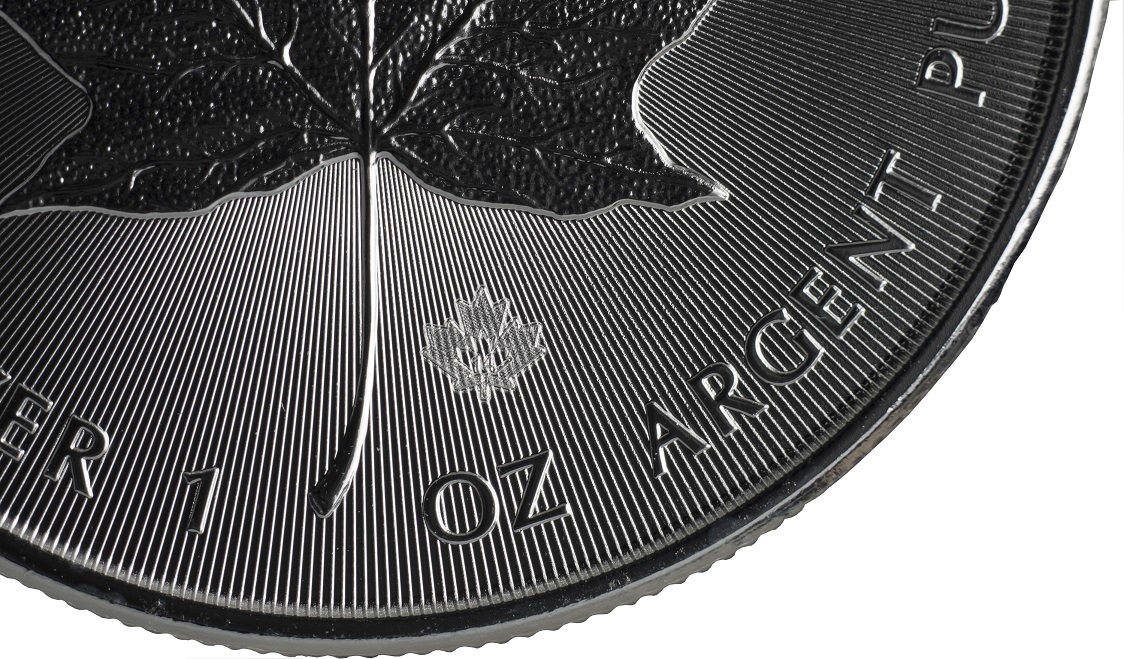 These and other security features on the coin have greatly helped to alleviate security concerns many may have had in buying Silver Maple Leafs. This is especially important in a time when counterfeits are astronomically growing in number. Newbies may have difficulty in deciphering a fake Canadian Silver Maple Leaf from a real one. But there are some telltale things a person should avoid when buying these or any bullion coins:

If you want to ensure the Canada Silver Maple Leafs you’re buying are real, it’s best to purchase them from a reputable silver coin dealer Choose one who is experienced in buying and selling bullion coins and is widely trusted. Buying silver coins from a respected dealer is the best move because they will make sure what they’re selling is legitimate. They stand by this commitment by offering a satisfaction guarantee on the items they sell. This means you won’t be left high and dry. You can have confidence that your Silver Maple Leafs are authentic and of the highest quality, which can help ensure the best return on your investment.

More information about where to buy precious metals from the authors at Gainesville Coins: