Antique coins that have been buried beneath the earth for hundreds of years can sometimes make their way to the surface in unusual ways.

On some occasions, historians and archaeologists get assistance from our animal friends in this regard!

Thanks to the Boars

A veritable treasure trove of medieval silver coins and gold coins were recently discovered in the northern region of Slovakia, near a town called Likavka.

Thankfully for researchers, the people who came across the coins immediately alerted the authorities who deal with antiquities and treasure. This meant the coins could be studied and analyzed in situ, in their original location, which is a crucial consideration for archaeologists. It ensures the items haven't been disturbed or otherwise manipulated by humans after the fact.

The coins were conveniently easier to find because apparently the dirt in the area had been plowed through by a group of boars, bringing the coins closer to the surface.

Perhaps this strange occurrence was in some ways destined: It is the Chinese Lunar Year of the Pig, after all!

The hoard of artifacts was made up primarily of silver coins, but also included a pair of gold coins. All of the coins dated to the 15th and 16th centuries.

This buried treasure added up to an enormous amount of money at the time. It was literally a fortune.

Based on the approximate date the coins were hidden and their high value, the cache of coins may be linked to an important period in the region's history, when a civil war was fought over the Hungarian throne previously held by the powerful Habsburg dynasty. 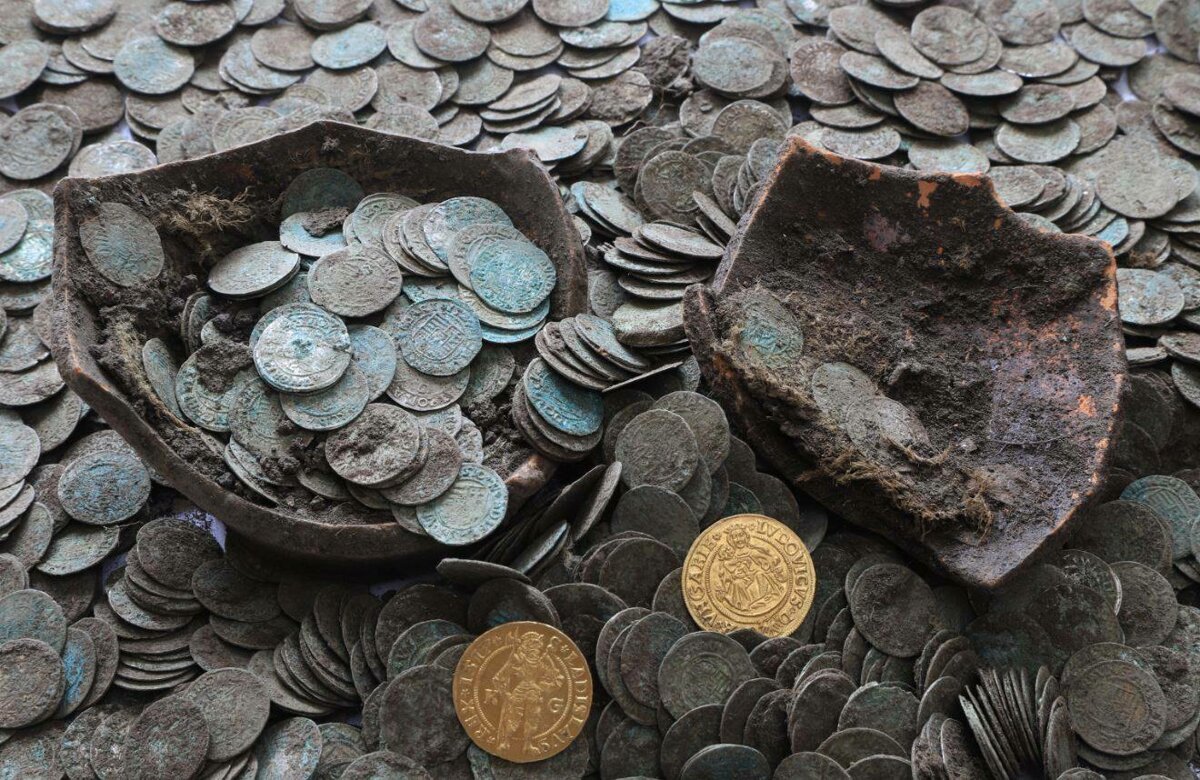 Of course, this historical background makes the discovery that much more interesting to academics. They're not the only ones celebrating, though: Thanks to their prompt action and honesty, the finders of the coins are entitled to 100% of the finder's fee, based on the appraised value of the treasure.

You can read more about this fascinating story in the local Slovak press.