The Buffalo nickel was the United States five cent coin minted from 1913 to 1938. Its name comes from the buffalo (i.e. American bison) pictured on the reverse design. 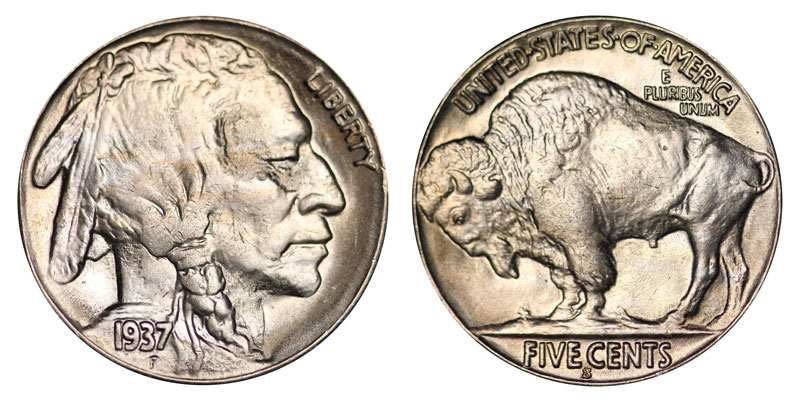 Buffalo nickels that are not included on the list above are more common. They are worth much less in circulated grades. 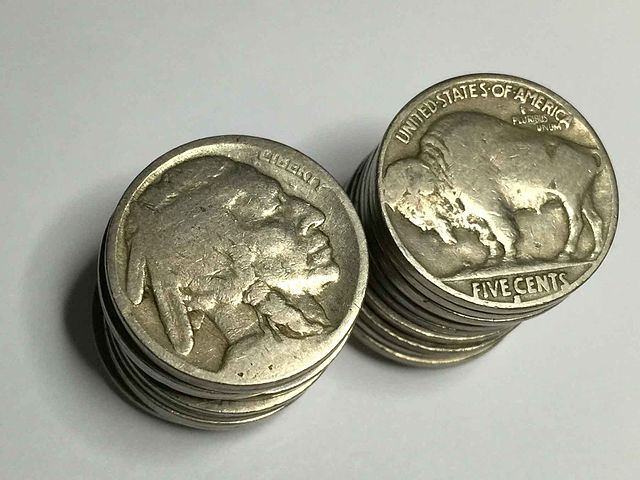 Here's what the more common Buffalo nickels are worth in well-worn grades.

Proof coins are made specifically for collectors. They exhibit sharper details, an eye-catching finish, and are made in limited quantities.

The United States Mint made a handful of Buffalo nickels in proof before a 20-year hiatus on producing these specially struck coins.

By the time the U.S. Mint resumed making proof coins in 1936, the Buffalo nickel series was already winding down. In all, there are only seven different proof issues among all Buffalo nickels.

Here's a look at the different proof Buffalo nickels and what they're worth in an average grade of Proof-63:

A Note About Valuable Coins

The most valuable coins in a given series are the key dates and varieties. These are the most challenging coins to obtain regardless of their grade.

A "key date" is usually a coin with a low mintage. Less of them were made in a particular year. This is why collectors will pay more for key date coins.

Varieties are subsets of a given year's issuance of a coin. Something special or out-of-place, such as an error, makes a variety stand out from the rest of the coins produced in that year.

Much like key dates, varieties will have lower production numbers than their common counterparts.

The preceding price chart is a list of those pieces for the Buffalo nickel series and what they're worth in well-circulated condition.

Buffalo nickels were struck from 1913 through 1938. They are among the most popular 20th-century United States coins around.

The coin depicts a Native American chief on the obverse and an American bison (or "buffalo") on the reverse. This five-cent coin is beloved for its classic Old West imagery.

Many older numismatists can still recall when Buffaloes made regular appearances in circulation. These beautiful nickels are widely collected by hobbyists of all ages.

In addition to its rugged design by James Earle Fraser, one of the many reasons the Buffalo nickel series has enjoyed timeless appeal is its numerous key dates, semi-keys, and varieties.

Buffalo nickels are sometimes known as Indian Head nickels due to the composite portrait of an American Indian chief found on the coin's obverse. This iconic design also appears on modern gold bullion coins called American Gold Buffalos. The Gold Buffalo has been issued by the U.S. Mint each year since 2006.

Thanks to their recognizable design, Gold Buffalo coins remain popular with both collectors and investors. This is no doubt inspired by the history and symbolism of the Buffalo nickel. Meanwhile, the much more affordable five-cent nickels are among the most avidly collected U.S. coins.

Buffalo nickels offer collectors limitless opportunities for numismatic challenges both great and small. Hobbyists of all financial means can assemble a nice set of these classic coins.

Most Buffalo nickels are quite common, and thus they are relatively affordable. Yet there are several rarer pieces that are very valuable. But how much is a Buffalo nickel worth?

Buffalo nickels vary widely in price, from as little as 20 or 30 cents for pieces on which the date has been completely obliterated through heavy wear to thousands of dollars for rarities in Gem Uncirculated condition.

The Buffalo nickel series is expansive to say the least. It encompasses 71 regular-issue nickels along with major varieties and seven proofs.

In circulated condition, only a handful of Buffalo nickels are truly scarce and exorbitantly expensive.

Conversely, the majority of dates are quite pricey in uncirculated condition, particularly in grades of MS-64 or MS-65 or better.

There are many ways that one can build a nice collection of Buffalo nickels.

You can surely assemble an entire date-and-mintmark set of Buffalo nickels. Unfortunately, this is often cost prohibitive for many hobbyists, even if they’re pursuing “just” the circulated pieces.

Most Buffalo nickels only really become collectible when the date is at least partially visible. Basically that translates into an example grading About Good-3 to Good-4.

Many hobbyists prefer that the bison exhibits a full horn. This is usually seen at a grade of Very Fine-20 or higher.

Regardless of the coin's grade, the nicer the piece, the stronger chance it improves in value down the line.

Like the modern Gold Buffalo, the Indian Head nickel has inspired many fantastic and artistic items on today's bullion market. In addition to a one-time commemorative Silver Buffalo coin issued by the U.S. Mint in 2001, private refineries across the United States regularly make Silver Buffalo rounds.

Several talented medallic artists (sculptors and engravers) have even taken their inspiration from the American Buffalo theme even further. Some examples are The Hunter silver round and the Silver Buffalo round (antique finish), exclusively available for purchase at Gainesville Coins! See below: