Forrest Fenn Treasure Worth Over $1 Million Found At Last

Forrest Fenn Treasure Worth Over $1 Million Found At Last

At long last, the controversial Fenn Treasure Hunt has reached its conclusion.

Since 2010, tens of thousands of people have tried to find the treasure hidden by eccentric art dealer and author Forrest Fenn. He placed it somewhere in the Rocky Mountains north of Santa Fe, New Mexico.

No one had succeeded until this week.

Fenn himself announced the discovery over the weekend. So far the identity of the finder has been withheld, probably to discourage theft.

What Is the Forrest Fenn Treasure? 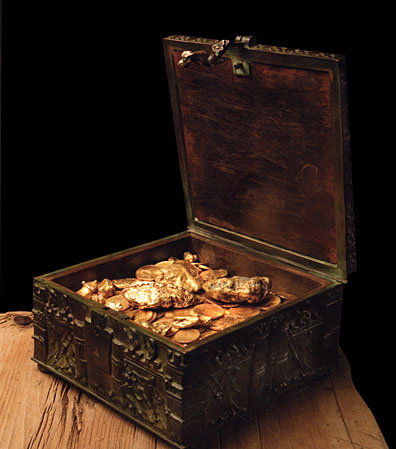 In order to generate excitement and inspire the public to be healthier and get outdoors, Fenn hid the treasure about a decade ago. He provided a few guidelines regarding its location, and included a whimsical poem that offered clues.

(You can read more about Forrest Fenn and Fenn's Treasure in much greater detail by following the link!)

Scavenger hunts are usually well-received by the public, but they rarely offer a reward quite this large. The prize, contained in a treasure chest, purportedly includes gold nuggets, gemstones, and gold Krugerrand coins.

Even the chest itself is a rare historical item dating back to the 13th century; it's worth an estimated $25,000 alone.

Altogether, the value of the Forrest Fenn treasure trove is estimated to be between $1 million and $5 million.

What Makes the Treasure Hunt Controversial?

Over the years, many people became fans of Fenn's creative challenge. The hunt for the hidden treasure did have its detractors, however.

State and local authorities were often frustrated by the dangerous decisions and bad behavior of the treasure-seekers. Our previous article on this topic explained:

"Even after countless warnings that the treasure is not hidden on private land, not hidden in a dangerous place, not hidden where an elderly man could not go, people get carried away by their theories. One woman rented a van with a wheelchair lift, using it to pull up storm drain covers in the town of West Yellowstone under cover of night. (She was caught by police.) Others have been arrested for digging up burial sites, old ghost town outhouses, digging in national parks, and private lands. They all have ignored or forgotten what Fenn has told them."

Aside from these examples, authorities were often required to use precious manpower and resources to rescue lost treasure-hunters. A handful of people even died trying to find it. 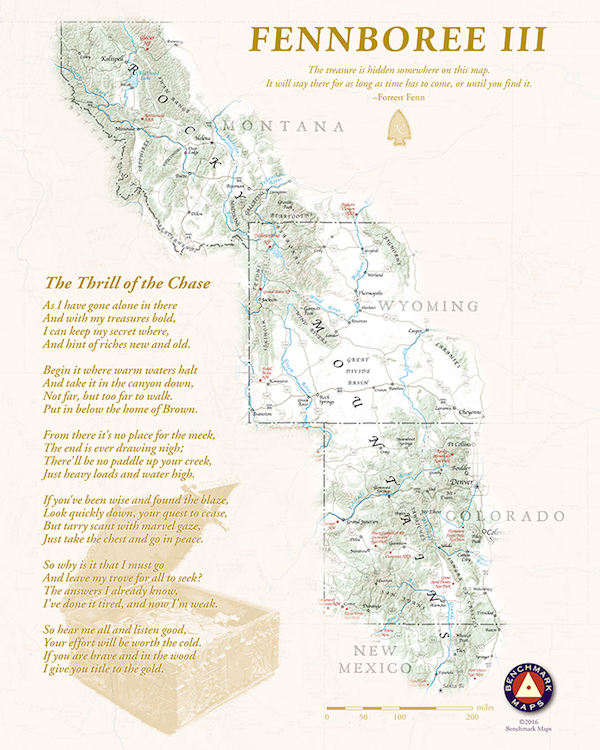 A map of the possible treasure location from "Fennboree III"

Nonetheless, many thousands of people got great enjoyment out of the "thrill of the chase." Even after coming up empty-handed, many of the treasure hunters felt the adventure and the natural beauty of the landscape made it worth the effort all the same.

Update on the Forrest Fenn Story

Shortly after the discovery of his treasure, Forrest Fenn passed away in September 2020 at the age of 90. After Fenn's death, the winner of the treasure hunt came forward with his identity: a medical student named Jack Stuef.

Stuef contends that Fenn's wishes were for the ultimate location of the treasure never to be revealed to the public. This is the subject of a $10 million lawsuit that appears to be ongoing.