Troy Ounce vs Ounce - What's the Difference and Why Does It Matter?

A troy ounce isn’t a unit of measurement common to most households. You don’t measure milk, vegetable oil, spices, sugar or flour for cooking in troy ounces. And you don’t buy drinks served in cups, cans, or bottles marked in quantities of troy ounces.

Crackers and cookies? They may be sold by weight, not by volume—but that weight certainly isn’t expressed in troy ounces, either!

You may have heard the term "troy ounce" in conjunction with advertising or marketing for silver, gold, and other precious metals. If you regularly handle bullion, you're probably much more familiar with troy ounces and their importance in expressing a quantity of precious metal. 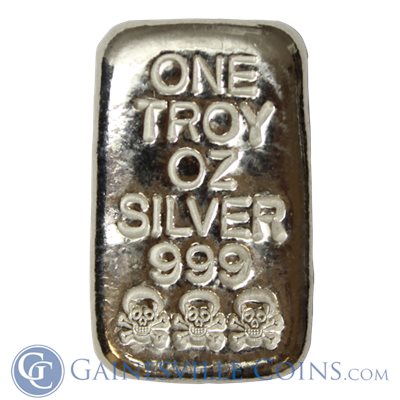 A silver bar clearly stamped with its weight in troy oz

But something many people don’t know about troy ounces? How much a troy ounce is versus a regular ounce and why this difference matters. It’s not necessarily a stretch to conflate the terms troy ounce and ounce.

Many forms of measurement have alternative forms that can be somewhat confusing. Long tons, short tons, and metric tons. . . Miles and nautical miles. . . And there's even years and leap years!

Each similar in name to their counterparts, right? Yet, each represents significantly different quantities.

When it comes to troy ounces versus regular ounces, those are two different types of measurements. You don't want to confuse them—especially when buying and selling silver and gold.

The ounce, generally abbreviated as "oz," is also known as the avoirdupois ounce. It measures approximately 28.35 grams or 1/16th of a pound.

It is customarily used in the United States for measuring the weight of food and postal items. The "AVP" or "AVDP" ounce also differs from the fluid ounce. The latter represents a unit of volume of approximately 29.6 milliliters. Fluid ounces are more commonly associated with drinks, motor oil, paint, among other things that slosh about.

And then there's the troy ounce. A troy ounce weighs approximately 31.103 grams and is significantly heavier than an avoirdupois ounce—or simply ounce.

The weight difference of 2.753 grams may seem insignificant to many on the surface. But try telling that to a bullion dealer or investor—someone who may pay $80 for a tiny bar of gold weighing a single gram! Certainly the differences between them do matter.

Why the Troy Ounce Matters

While a “regular” ounce plays a critical role in determining the weights of many common household products, it’s of little use to the bullion dealer or investor when discussing precious metals. A troy ounce is a precise form of measurement that can expressed in a variety of ways. Rounded to the nearest ten-millionth, a troy ounce weighs 31.1034768 grams.

The troy ounce is also a fraction of a troy pound, which equals 12 troy ounces. However, a far more commonly encountered bulk measurement of precious metals is the kilo, which equates to 32.151 troy ounces. It is equivalent to a standard kilogram, or 1,000 standard grams—or 2.20464 standard pounds. 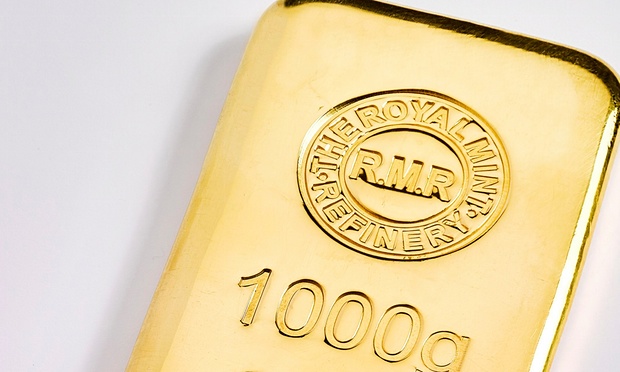 An example of a gold kilobar

The use of the troy ounce and its highly specific value in terms of weight ensures consistency in measuring the weights of precious metals. The troy ounce has been in use since at least the Middle Ages (more on that in a moment). Even gold and silver items of antiquity are often marked in troy ounces or fractions thereof. Measuring bullion in terms of troy ounces is consistent with weighting conventions still in use today.

As can be seen here, there is a confluence of weight standards used in discussing—and dealing in—bullion. Thus, this is why it's important to have a working knowledge of each type of weight and how each converts with another. A lot of information to take in at once? Certainly… But does all this matter in the course of a typical day of buying and selling bullion? You betcha!

You can take advantage of this calculator widget to convert from ounces to troy ounces, and vice-versa.

Dealing with bullion—or investing in it—isn’t necessarily for the faint of heart. But when done with professionals, the world of bullion can be much easier to navigate. They can walk you through the many aspects involved in buying and selling silver, gold, platinum, and palladium. You'll learn the many terms, definitions, and overall lexicon they encounter every day. These professionals can even help you become a more knowledgeable precious metals buyer and seller so you can trade and invest in bullion more confidently.

The History of Troy Ounces

The troy ounce likely originates in Roman times, when bronze bars were subdivided into 12 equal pieces. Each referred to as an “uncia” (ounce) and registering on the scale at 31.1 grams apiece.

Europe continued growing as a region of trade during the medieval period. France became a hub of international commerce. One particularly important trading outpost was that of Troyes, a town located in northeastern France. Merchants traded gold and silver there in great volume.

In time, the primary unit of measurement used in such bullion transactions became known as the troy ounce. The name is an anglicized homage to the town, through which the international roads of the bullion trade passed.

Troyes remains a popular destination in the Champagne wine region of France. Located by the Seine River, Troyes has a population of about 60,000 persons. It boasts many historic museums, churches, and other significant landmarks.

While Troyes may no longer be the mecca of international commerce that it once was many centuries ago, its name is on the tongue of virtually every bullion dealer and investor today and has left an indelible legacy in the world of precious metals.