More than two centuries after the Spanish warship Nuestra Señora de las Mercedes(roughly, "Our Lady of Mercy") was sunk off the coast of Portugal before reaching the Spanish port city of Cádiz, the massive haul of gold and silver bullion that was onboard is finally back in the hands of the government of Spain.

The Mercedes was returning to Spain from Peru in 1804 when a squadron of British vessels sank the ship, dooming the vast majority of her 325-person crew. 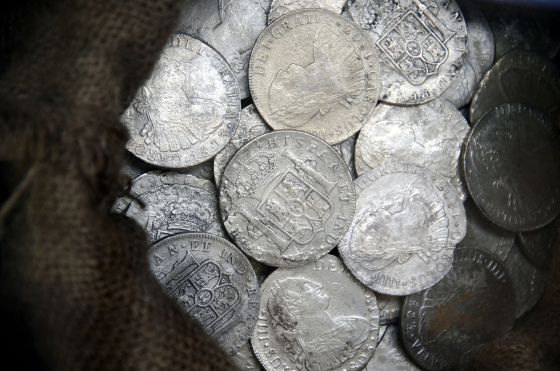 This battle at sea was an important historic turning point for what was up to that point the mighty Spanish Empire. The turn of the 19th century began the empire's steady decline relative to its European rivals—in part because of a shortage of ships to send to her colonies in the New World.

In fact, according to a conservator at the Naval Museum in Madrid, Susana García Ramírez, “Because of what happened to the Mercedes, Spain no longer had so many ships to send to the Americas and that was the beginning of the independence [movements in the Americas]. It’s a key moment in history.”

The sinking of the Mercedes also deprived the Spanish Crown of about 600,000 gold and silver coins weighing 17 metric tonnes in total. It is estimated that the massive haul of bullion is valued at around $500 million today, so one can only imagine how much tax revenue this represented over 200 years ago!

One mystery that remains is how exactly the British sunk the ship. According to Ramirez, “It seems like a bullet fell in the ammunition dump and it exploded, but the truth is it’s not easy for that to happen." 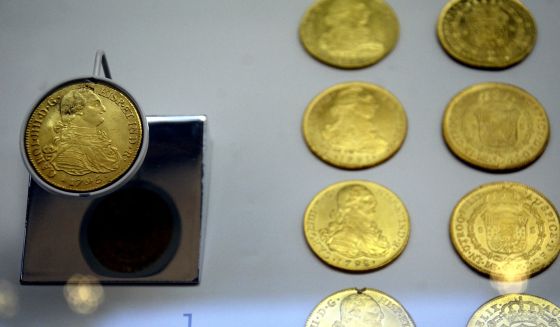 As Ms. Ramirez of the Madrid Naval Museum suggested, the sinking of this particular ship had important implications on both sides of the Atlantic Ocean. Aside from the disastrous consequences it had for Spain, the multidimensional damage to the country's resources (both in terms of bullion, naval officers' lives, and an expensive warship) likely made Spain more hesitant to send as many ships to the Americas to maintain its foothold in these lands. Not surprisingly, the decades that followed included one revolution after another in South America, Central America, and Mexico.

This historical fact directly links these countries in the Americas with Spain through the bountiful treasure of the Mercedes. Fittingly, an impressive portion of the hoard recovered from the seas is now on display in Mexico City at the National Museum of Anthropology until October 2nd before later returning to museums in Spain.

The coins and bullion on display in Mexico. Source: INAH via elpais.com

For Spain, the return of these heirlooms is an enormous cultural victory. The shipwreck was actually first unearthed near the Strait of Gibraltar by the private exploration company, Odyssey Marine, in 2007. The Spanish government subsequently claimed the artifacts as part of its national heritage and insisted they rightfully belong to the state, not a private treasure-hunting enterprise. After a five-year legal battle, the courts agreed and ordered the return of the coins.

Speaking earlier this year, Spain's Secretary of State for Culture, José María Lassalle, said, “This is an unprecedented international triumph against plundering and the illegal traffic in cultural heritage." He also characterized large treasure-hunting expeditions as "piracy" when they encroach upon important and irreplaceable cultural artifacts.

Ramirez agreed: “We do not have to let treasure hunters destroy the remains just to sell whatever they can extract from them.”