Also known as the Winged Liberty Head dime, the Mercury silver dime was designed by Adolph A. Weinman. The series ran from 1916 through 1945. The public confused the youthful Lady Liberty with her winged helm with the Roman god Mercury. As is often the case, the public nickname became more popular.

The Mercury dime is rarely encountered today in circulation. Even so, millions of Mercury dimes still exist thanks to coin collectors who saved them in large quantities. As a result, Mercury dimes with high mintages are still numismatically common. That is certainly the case with the 1941 Mercury dime.

Before going into the values of 1941 Mercury dimes, it’s important to first take a glimpse at the various issues that were minted that year.

The Philadelphia, Denver, and San Francisco Mints all produced business strike (circulation) 1941 dimes. These are the most common types that collectors will encounter in their numismatic journeys. 1941 Mercury silver dimes are often still found in rolls and bags of pre-1965 90% junk silver coinage, a popular item with some silver investors. 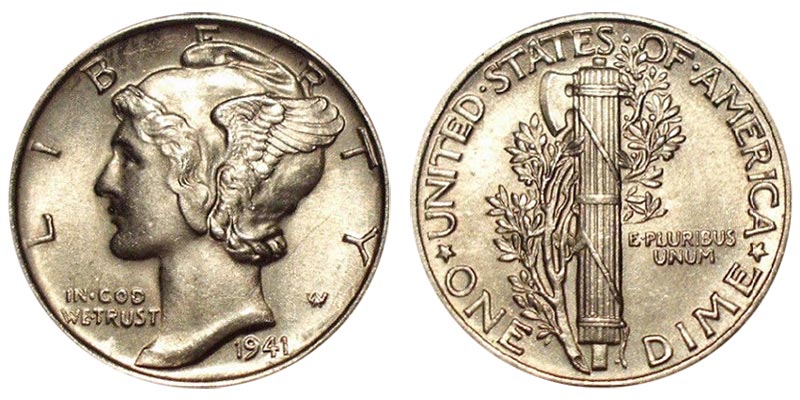 There is another version of the 1941 Mercury dime that is generally only collected by series enthusiasts. That is the "proof" 1941 Mercury dime. Proof coins are made using special dies on polished blanks. This results in a coin with frosted features on a mirrored background.

That is not to say that proof coins are more valuable than all business strikes. There is a special variety of uncirculated 1941 Mercury dime that is generally more expensive than proof examples. This is the Full Bands Mercury dime.

Also known as Full Split Bands, these well-struck pieces show complete horizontal lines in the bands wrapped around the fasces found on the reverse of the coin. Designated as “FB” dimes, these Full Bands Mercury dimes are scarcer than their non-FB counterparts. They often sell for hundreds, if not thousands of dollars.

So, exactly how many 1941 Mercury dimes were struck? Here’s a breakdown by issue:

Figuring out how much a 1941 Mercury dime is worth isn’t necessarily very difficult when a well-circulated piece is the subject of discussion. After all, each of the 1941 business strikes is very common in heavily worn grades—say, Very Fine-20 and lower. These pieces generally trade for their silver melt value, though collectors should expect to pay a slight retail premium when buying these coins.

While the most heavily worn 1941 Mercury dimes aren’t particularly valuable, those with less wear do carry numismatic premiums. Listed below are the three business-strike issues with typical prices for both Extremely Fine-40 and Mint State-65 examples.

*Values are for problem-free examples

What are FB examples worth? That’s a more nuanced area of Mercury dime study, but presented below are approximate values for specimens grading MS65 Full Bands:

Record auction prices illustrate the rarity and demand for a coin of the highest condition and eye appeal of a mintage.

While they aren't a direct indicator of the value of high grade coins of a particular date and mint, auction records provide a way to compare mintages.

In this case, record auction prices for 1941 Mercury dimes allow us to see the relative value of the "best of the best" for each mintage. Note that proof Mercury dimes were only struck at the main US Mint in Philadelphia.

Type set collectors pursue a certain group of coins from a particular time frame, nation, or other parameter. They often seek 1941 Mercury dimes because they are among the easiest to find in the series and the most affordable in nicer Mint State grades. 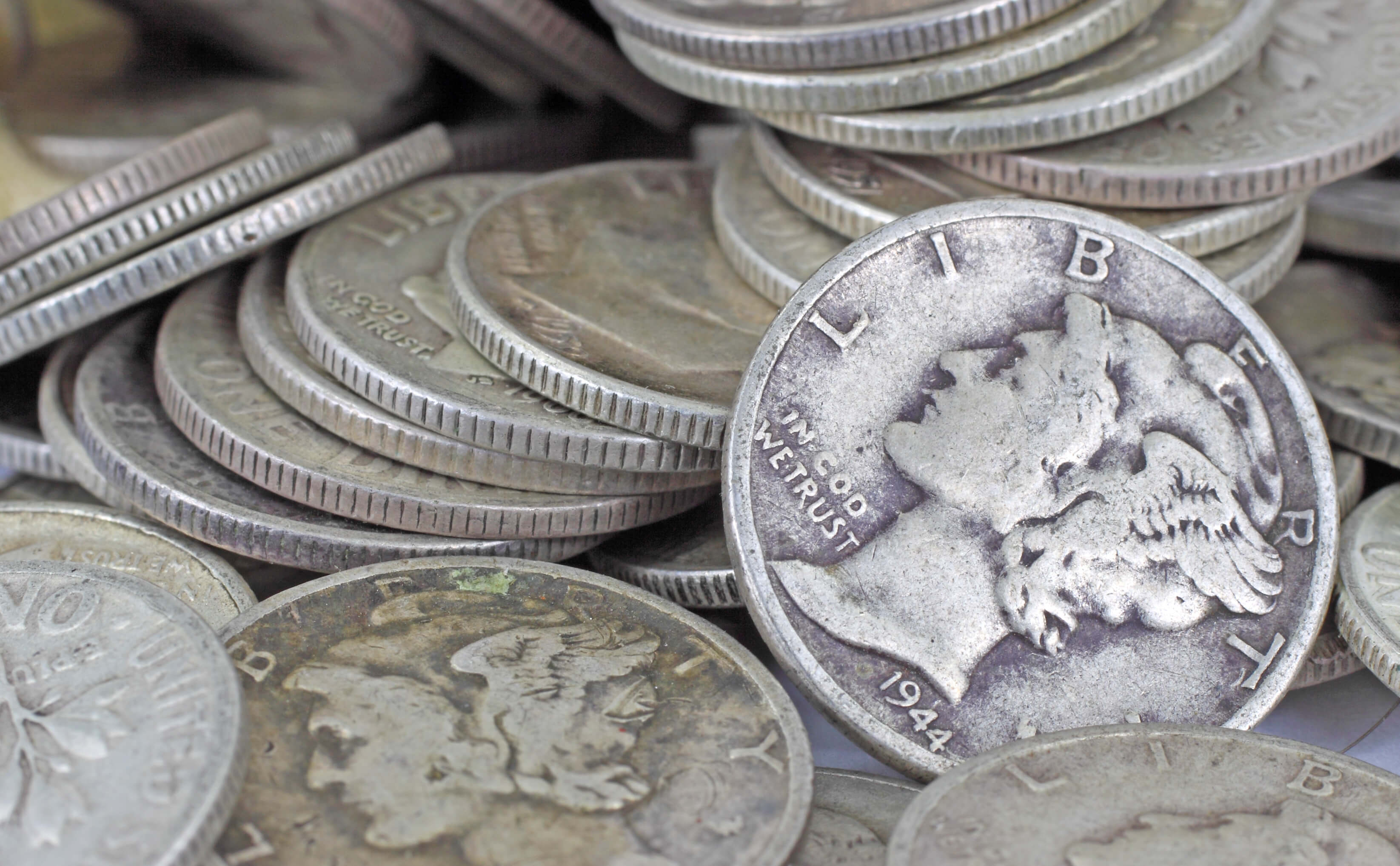 United States dime type sets include all types struck since the denomination debuted in 1796 with the Draped Bust motif.

A third popular way to collect Mercury dimes is to build a short set. A short set only covers a subset of a coin's date range. It may be an historically significant range of dates, or a period chosen for inexpensive high grade examples.

The typical short set of Mercury dimes focuses on the WWII "war years" of 1941 to 1945. They happen to be the last five years the Mercury dime was struck. These five years also saw the largest Mercury dime mintages. The large mintages allows collectors to afford a higher grade coin for each mintage.

Obtaining a 1941 Mercury dime is a fantastic goal for any numismatist who enjoys beautiful silver coinage. It can be appreciated on its own, or as the base for any number of collections.

There’s a reason that collectors still gravitate toward this coin even many decades after it was last produced. The fascinating history of the design and the exciting collecting avenues it affords collectors is beyond compare.