By far the most common question in the precious metals markets is, "where is the price of gold going?" I hear it from reporters, from customers, and even from my friends and colleagues. Over the past decade of my career, I have literally been asked this question hundreds of times!

I decided to gather my thoughts on this topic in one place. Nobody is perfectly clairvoyant, of course. But I will also include my research and reasoning to back up my gold price forecasts.

Gold Price History May Not Repeat—But It Will Rhyme

One of the most important dynamics in the gold market is that it is cyclical, meaning it tends to follow cycles. This is true for most commodities and, indeed, for the economy as a whole.

This allows us to make some important assumptions about what the gold price will do in the coming years. From the late 1990s through the first decade of the 21st century, gold was in a protracted bull market. Prices rose from around $300 per troy ounce to as high as $1,900/oz in the aftermath of the global financial crisis in 2011. 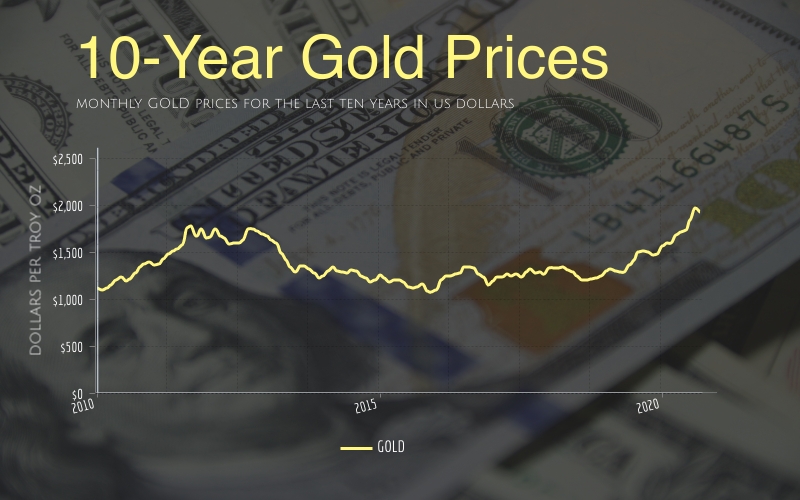 This was followed by a bear market that lasted over seven years. Over the course of that subsequent bearish phase, gold prices lost roughly 35% when measured in U.S. dollars.

Beginning in 2019, the trend direction flipped back from bearish to bullish. We're currently experiencing a pullback (sometimes called a correction) within a broader bull market phase. Based on the cyclical nature of the markets, the upward movement for gold prices is likely to remain intact for several more years.

This longer-term trend is perhaps even clearer in the 20-year price chart below: 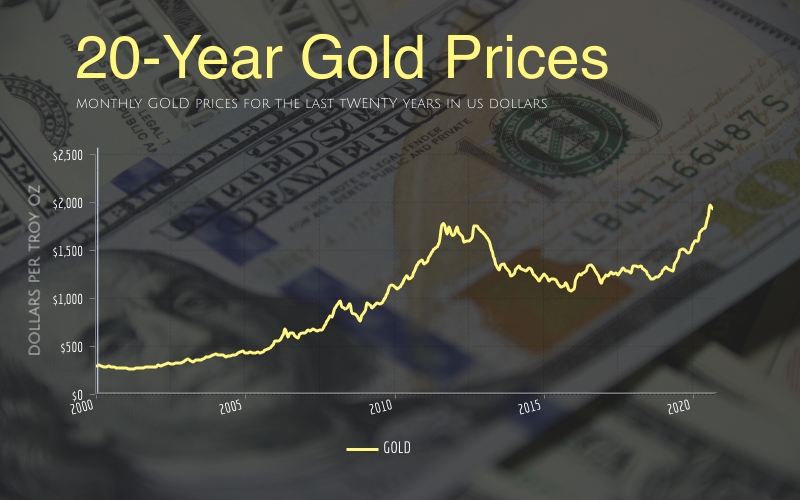 2022 has offered plenty of volatility for traders in the gold market. Despite rising as high as $2,000 per ounce early in the year, gold also experienced a number of sell-offs during the summer.

The summer months are often seasonally weak for gold prices. Some investors refer to it as the “summer doldrums.” Indeed, the winter months from December to February tend to be the strongest time for gold most years—and the reverse is true during the summer. Gold traded as low as $1,680/oz for the first time in several years.

On top of some normal seasonality, gold prices have also struggled due to a major policy reversal by the Federal Reserve, the central bank of the United States. One of gold’s strongest correlations is to the real rate of interest: that is, the nominal interest rate set by the Fed minus the inflation rate. 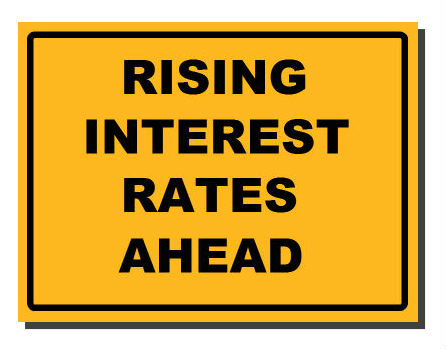 Rising interest rates are generally negative for the gold price, unless inflation is rising even faster.

When real rates are high, owning gold is less attractive (compared to yield-bearing assets like bonds). High inflation near 10% pushed real rates into negative territory this year, which overall has been a favorable environment for gold as an asset.

The Fed seems determined to continue raising interest rates in order to combat inflation. As a result, the gold price will face some downward pressure. Nonetheless, it will take a much higher federal funds rate to pull real interest rates out of the negative. Unless and until that happens, I expect gold to hold firm in the $1,700–$1,800 range. By the end of the year, there’s a good chance prices will be higher than they are today. My target gold price for year-end is $1,850 per troy ounce.

The macroeconomic landscape for next year does not offer much clarity on how high gold may climb. The Federal Reserve Open Market Committee (FOMC) is forecasting that interest rates will be neutral with respect to inflation by sometime in 2023. This means normalizing interest rates back closer to the 2% level.

As of now, the markets expect the Fed (and other central banks around the world) to pivot at that point toward a more dovish monetary policy. Such a shift would provide more fuel for gold prices to rally. 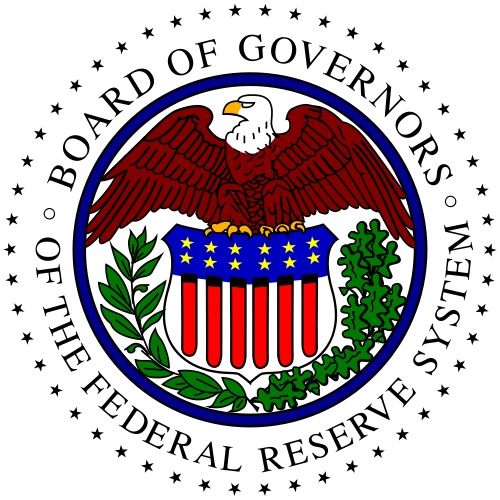 Seal of the Federal Reserve Board of Governors

On top of this anticipated “pivot,” there are other unavoidable realities that should portend higher gold prices. The global economy may well be in the midst of a recession by 2023. Gold typically performs well amid slowing economic activity.

Moreover, geopolitical strife is rather likely to be even higher than it is today, given developments in Ukraine and Taiwan. Aside from interest-rate policy, escalating geopolitical tensions is one of the most consistent drivers for investors and large institutions to buy gold as a safe haven.

I expect these two drivers to propel gold prices above their recent highs, placing my 2023 year-end gold price target at $2,100 per troy ounce.

As we move three years into the future with our gold price forecast, this is where I expect the situation to get much more murky. The underlying economy will probably be in a period of transition by 2025. One can only guess what the Federal Reserve will be doing by then.

We may even see renewed investor interest in the U.S. stock market by this time. Barring any major international conflict or war, most economists expect the global economy to return to a modest level of growth by the middle of this decade. In this baseline scenario, I would expect the gold price to pull back from its highs as a result of greater risk appetite.

That doesn't mean gold prices are destined to totally crater, however. I anticipate that gold will retrace back toward its previous highs around $2,000 per troy ounce by 2025, with some wiggle room in either direction.

Gold shines brightest over the longer term. This is the main reason that investors and institutions hold gold in the first place. Gold’s greatest benefit is long-term wealth preservation.

By the start of the next decade, we will almost certainly be beginning another bull phase for the gold market. Again, gold's path to higher prices is very unlikely to happen in an orderly straight line. Virtually no asset class performs this way. 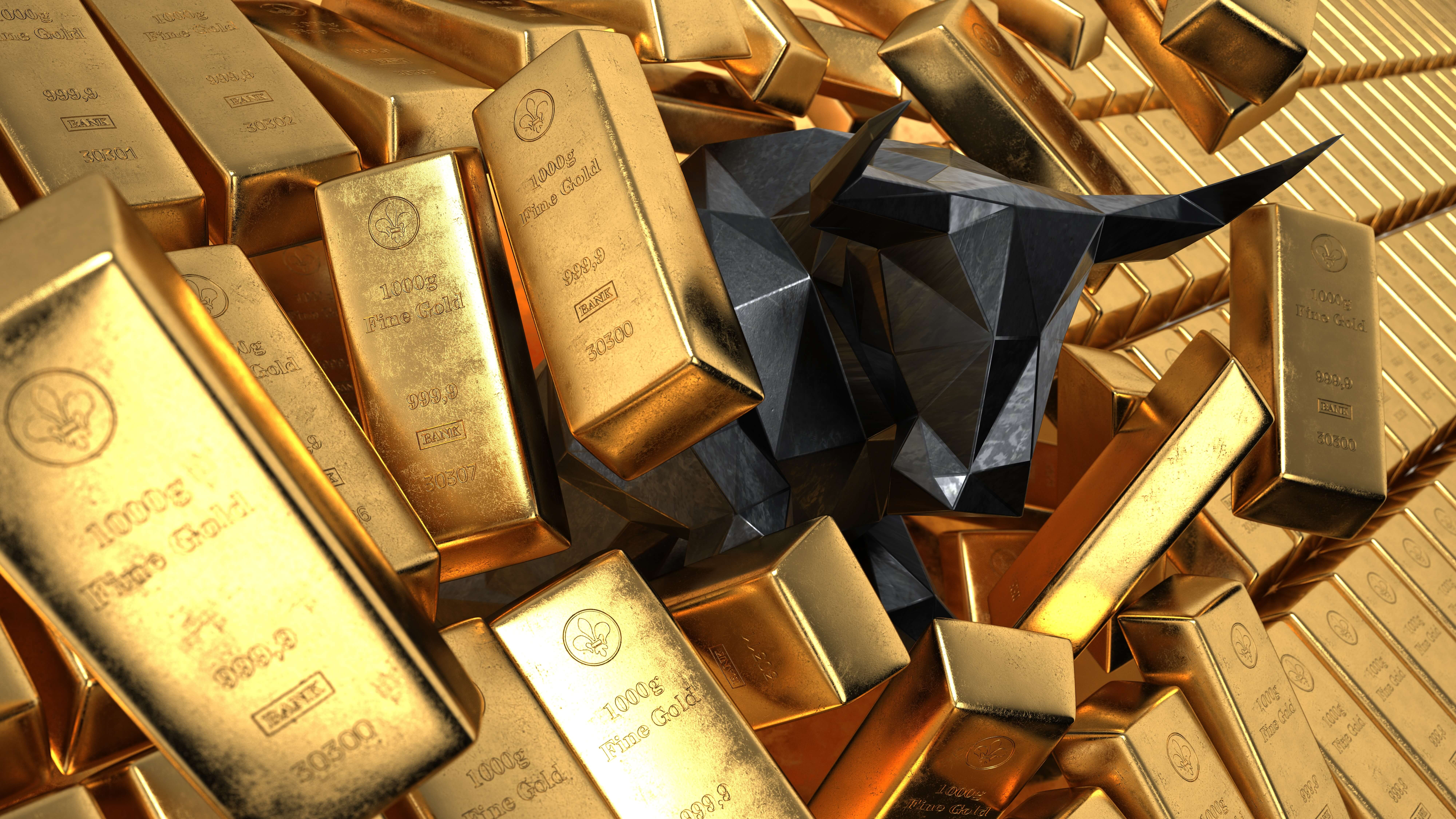 The gold price should return to a bullish uptrend by the next decade.

Forecasting economic conditions beyond the near-term is rather difficult. The investing landscape will undoubtedly be quite different in the 2030s than it is in our current decade. Although many academics and financial advisors like to think of economics as a hard science, it's actually more accurate to call it a method of observing and describing human behavior and social trends in the economy. Basically all economic activity involves social interactions, after all.

Let's return to the idea of cyclicality in the gold market, and future patterns rhyming with past history. In all likelihood, gold will follow a familiar path that resembles its last two major cycles: a major sell-off at its all-time highs, followed by a 5-year to 7-year period of stagnation. After that, another rally toward new highs is the last leg of the pattern.

Naturally, when forecasting eight years into the future, it's impossible to say what specific factors will affect gold prices—nor can we say with much confidence precisely when they will take effect. Nonetheless, if I paint the picture with broad brushstrokes, I contend that we should see gold trend higher toward $3,000 per troy ounce by 2030 as inflation gradually eats away at the purchasing power of all fiat currencies (yes, even the U.S. dollar).

I use a mix of technical analysis and observing market fundamentals to make my predictions about the gold price. Unlike strict chart technicians, I also include looking at the larger scope when evaluating the gold market—such as considering monetary dynamics and macroeconomic fundamentals.

For instance, I watch for fluctuations in the U.S. money supply (a measurement the government calls M2) as a clue to where gold may be going. In Spring 2020, the federal government rapidly grew the money supply with trillions of dollars in stimulus payments early in the covid-19 pandemic. Changes in the supply of money tend to take around 18 months to take effect on the economy. That's what we're seeing this year with inflation. 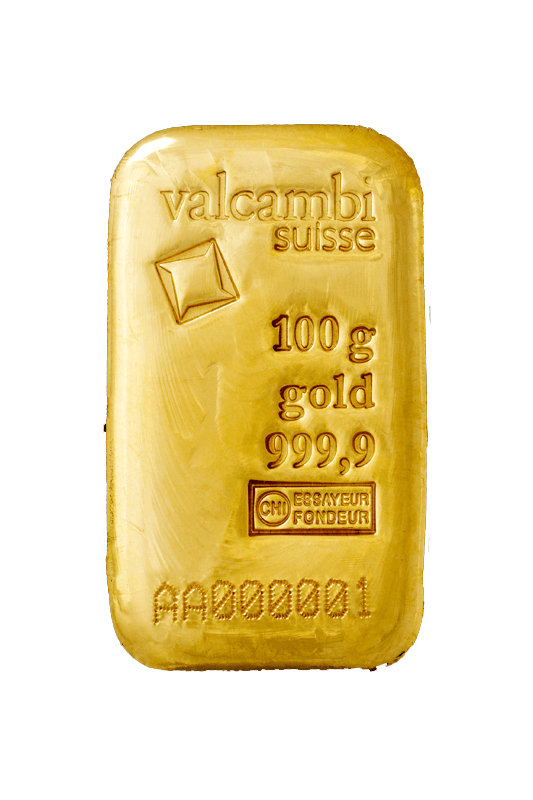 Major Drivers for the Gold Price

As discussed above, I believe the two factors that will have the greatest impact on the gold price will ultimately be monetary policy and geopolitics.

In the first case, we have central banks around the world raising interest rates. The Federal Reserve took the lead in this regard, but nearly all of its peers around the world have followed suit. All else being equal, an environment of rising interest rates is not favorable to gold. However, this aggressive rate-hike cycle does open the possibility of a jarring policy reversal in the event of an economic downturn. Gold should continue to be bid up as a safe haven if there is considerable uncertainty about future interest-rate levels.

Geopolitics is the other clear focus for gold market participants. Tensions between the West (primarily North America and Europe) and the East (primarily Russia and China) have been getting worse lately, especially since the pandemic began in 2020. These developments can have a significant impact on the economic trends and broader commodity cycles discussed earlier. 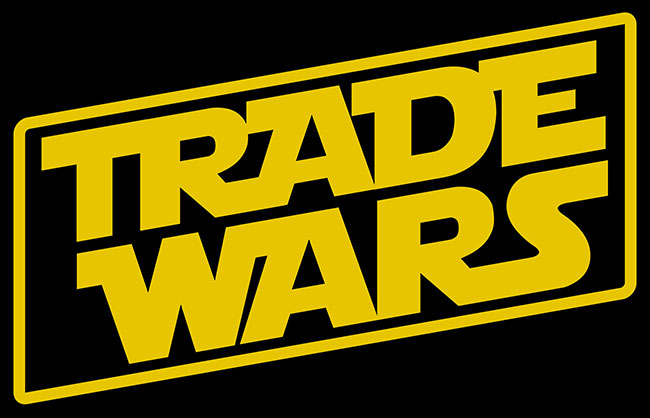 Perhaps most alarming is the ongoing trade war being waged between the United States and China, among other countries. By imposing retaliatory tariffs on each other's exports, both Beijing and Washington are needlessly driving up the prices of key resources. Although this often gets lost in the noise of the media, the trade war has quietly been a huge factor in the elevated inflation the world has experienced from the supply side.

In the near-term, the negative impact of these trade tensions has triggered only a modest response from the gold price. Yet the longer the dispute goes unresolved, the more it threatens to upend the current structure of the global financial system. Such a seismic shift in the global order would not happen overnight, of course. But there is pretty clear relationship between the stability of the neoliberal financial order (or lack thereof) and demand for gold as a form of wealth preservation.

The information provided herein is intended solely for educational purposes. Any forward-looking statements about the gold price forecast should not be used or construed as investment advice. Do your own due diligence. Please consult a professional financial advisor for more information about investing before any investment decision.

The 3 Best Ways to Buy Gold