Gold vs. Bitcoin: Why You Should Consider Buying Both

Gold vs. Bitcoin: Why You Should Buy Both

For the past decade, the focus of my professional life has been understanding the precious metals industry. As we continue into 2022, the investing landscape has transformed from just a few decades ago. I've frequently shared my expertise in the financial press about how cryptocurrencies like Bitcoin are fueling this shift.

Stocks and bonds remain the most popular “traditional” investments, yet interest in alternatives to the dollar has grown. Both gold and Bitcoin are at the forefront of this trend.

There is a lively debate right now about which option is better. If you want to prepare for your financial future, should you buy Bitcoin or buy gold? Ultimately this debate misses the point entirely, because it doesn't have to be a binary "either/or" decision.

Gold vs. Bitcoin: Why Not Buy Both?

Despite the picture often painted by the media, there are overlapping reasons to invest in gold and Bitcoin. Many market participants have bought into a "gold vs. Bitcoin" narrative, but such a dichotomy doesn't really exist.

It begs the question: ¿Por qué no los dos? Why not both?

The "Why Not Both?" meme originated from an Old El Paso advertisement.

Holding a mix of different assets in your portfolio is known as diversification. Healthy diversification can help your portfolio's overall performance. This is especially true when your different investments are not highly correlated. In other words, their prices won't tend to move in the same direction all of the time.

If all of your investments are highly correlated, that means each downturn in the broader markets will significantly reduce the total value of your portfolio. It's often better to be balanced rather than heavily concentrated. This is certainly true of holding gold and Bitcoin in addition to stocks and bonds, which ensures that you haven't placed all of your "eggs" in the same basket.

The point isn't merely that gold prices and Bitcoin prices are non-correlated with one another. They are largely non-correlated with all other assets, in fact. Hence owning gold and cryptocurrencies is one of the best ways to add diversity to your investment portfolio.

Why You Should Buy Bitcoin

One of the most appealing features of Bitcoin as an asset is its limited supply. The total number of Bitcoins that will ever exist is a maximum of 21 million. This number is fixed and cannot be manipulated. Thus the supply of BTC only grows at a gradual, predictable pace (until it reaches 21 million).

This feature alone is enough to make Bitcoin an attractive asset. Nothing is guaranteed, of course, but the value of Bitcoin has already surged an incredible amount versus fiat currencies. There is a very strong argument that cryptocurrency technology is the future of money. 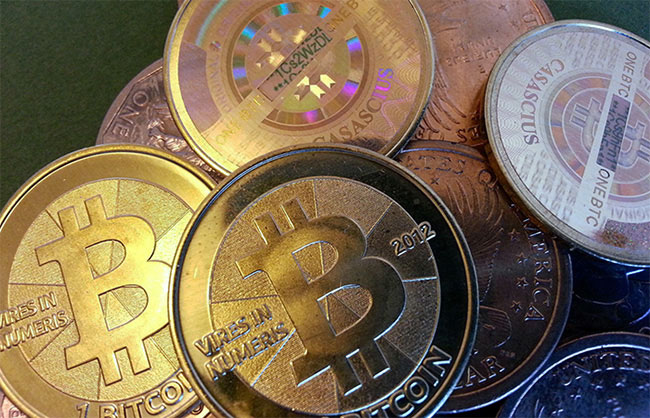 Moreover, the blockchain tech on which Bitcoin relies offers tantalizing possibilities. The untapped potential advantages of decentralized networks like Bitcoin makes an excellent case for buying and holding BTC.

Why You Should Buy Gold

Though it is no longer used as currency, gold will always be "sound money." It cannot be printed by the government ad infinitum, and functions as an effective hedge against inflation.

Gold is a vehicle for preserving your long-term wealth. It has held its value for thousands of years across myriad different market conditions. By contrast, fiat currencies (like the dollar, euro, yen, or otherwise) have a proven track record of eroding in value over time. 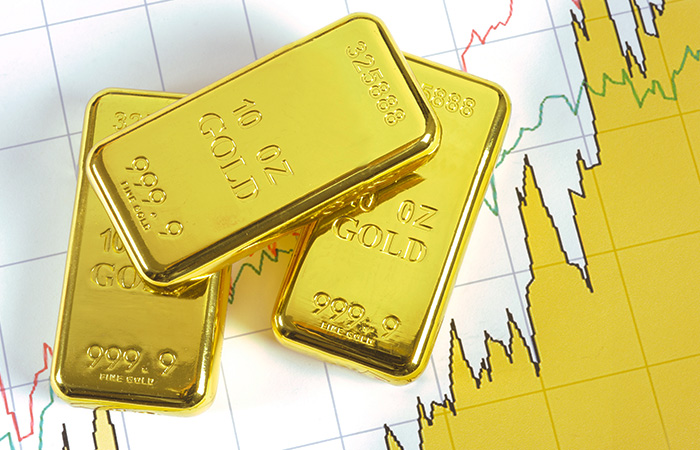 Gold prices have rallied since 2019.

On top of these tried-and-true benefits throughout history, gold is a valuable commodity. Its use in scientific research and electronics is indispensable. Gold also enjoys a strong global market for jewelry and artwork aside from being a financial investment. Perhaps best of all, the commodities sector in general recently entered a bull market.

For all of the debate surrounding these two assets, there is quite a bit of overlap between gold and Bitcoin. Really, they are a useful proxy for considering the similarities and differences between precious metals and cryptocurrencies generally. 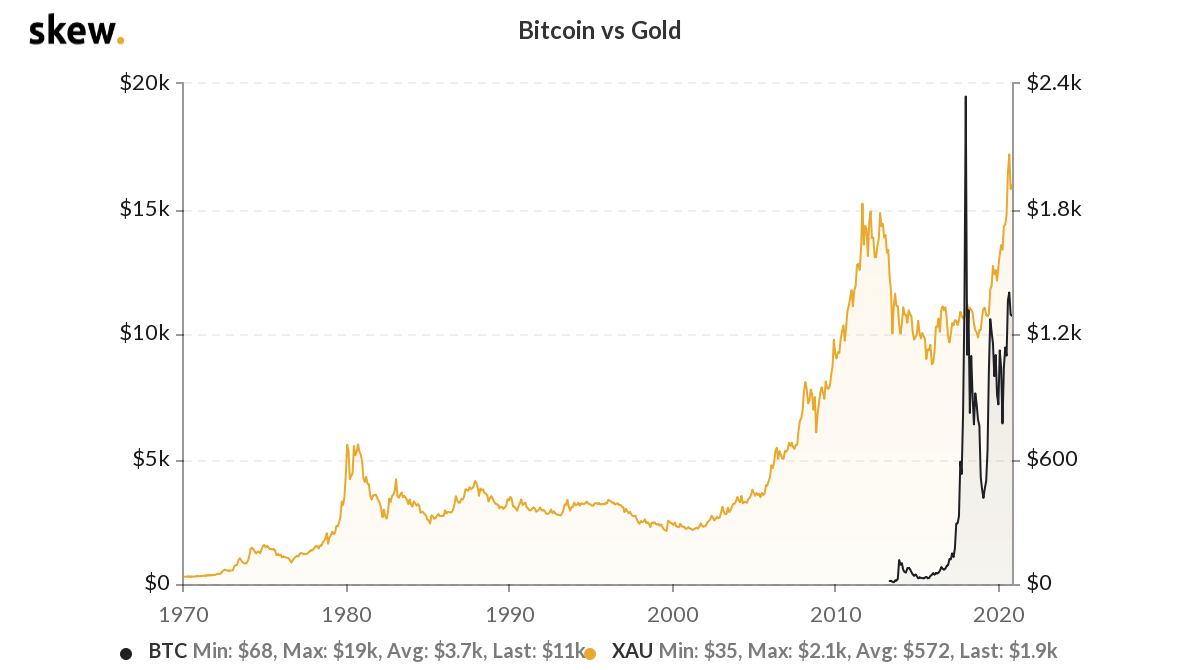 Here are a few key comparisons:

You can read more in-depth comparisons of Bitcoin vs. gold with our helpful article on the subject.

FAQs About Bitcoin and Gold

Is gold worth more than Bitcoin?

Making apples-to-apples comparisons of value here is awkward. Even the chart above is a bit oversimplified. If the price of an ounce of gold is $1,700 and one BTC is $20,000, you might say Bitcoin is "worth more"—but those standard units are a bit arbitrary.

Total market capitalization captures a different picture. Market cap is normally used to measure the collective value of all of a company's stocks. In this context, it means the total dollar value of all the world's gold or all the world's Bitcoin. By that metric, the global gold market is around $11 trillion. The market cap for all cryptocurrencies is still around $1 trillion at the time of writing.

This is a common claim by both proponents and critics of Bitcoin. The notion that Bitcoin is "gold 2.0" or a digital version of gold is a gross oversimplification.

Bitcoin and gold do share some qualities, such as being seen as alternative forms of money as opposed to fiat currencies. But the implication of Bitcoin replacing gold is that BTC will become some sort of future monetary standard. This idea is highly contested and has little to do with what gold is used for in today's world.

The main mistake in this line of thinking is that Bitcoin's ascension does not portend the demise of gold, nor vice-versa. The two assets can thrive alongside one another.

Within the ecosystem of cryptocurrencies and digital tokens, it's reasonable to think of Bitcoin as the gold standard among them. The moniker "digital gold" is probably another attempt at branding Bitcoin "gold 2.0," however.

Gold is no longer convenient to use as currency, but still functions as a store of value. While Bitcoin exhibits elements of these characteristics, its price is far too volatile to necessarily be considered a store of value (SOV) and it is indeed used as a currency for transactions in a manner that gold isn't.

You can learn more about buying gold with Bitcoin by reading our handy guide.