This article will explain why coins are valuable, what makes coins valuable, and how to tell if you have a valuable coin.

Have you ever wondered what makes coins valuable? We can tell you right now: the answer isn’t always cut and dry. Many contributing factors go into a coin’s value. Just because you saw a coin online that “looks like” yours sell for, perhaps, $10,000 or $20,000, it unfortunately doesn’t mean your coin is worth that much. And sometimes, it may be the case that your specific specimen is worth more. 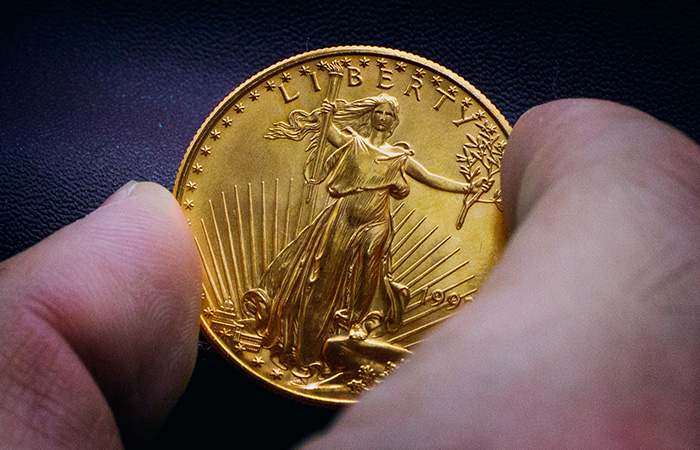 Why Are Coins Valuable In the First Place?

Coins are currency. They are quite literally money.

When you look back in history, the value of coins generally corresponded to their metallic composition. Whereas now, circulating coins have monetary value solely because the government says so. This is known as fiat money.

Modern bullion coins and old gold and silver coins are valuable by virtue of their precious metal content. They are worth more—usually much more!—than their legal tender value.

Additionally, some coins may become collectible.

The 7 Factors That Make a Coin Valuable

So, what are some of the major factors that make a coin valuable? Let’s examine each of these influences:

One of the most important things in determining the value of a particular coin (down to the date and mintmark) is its mintage. A mintage number represents how many examples of that given issue were originally made at the United States Mint. A lower mintage typically means there more interested collectors than there are coins available.

However, mintage alone isn’t the only quantity-related consideration that factors into the value of a coin. Yes, mintage is important. It gives us a number on how many specimens may exist in the largest possible pool of a certain coin. But too many collectors fixate on mintage numbers alone when they should really be more concerned about a coin’s population estimate.

Population estimates are often expressed as an approximate figure rather than a hard number. It describes how many of that particular coin may exist in all collections, holdings, across the marketplace, and “wild” in circulation.

Why is the population often more important in determining the value of a coin? Well, we know 44.6 million 1921 Morgan dollars were struck at the Philadelphia Mint that year. The reality is that a far lower number of these coins remain today. Losses through theft, fire, burial, and melting have reduced the numbers of available 1921 Morgan dollars to a much smaller total than records show. 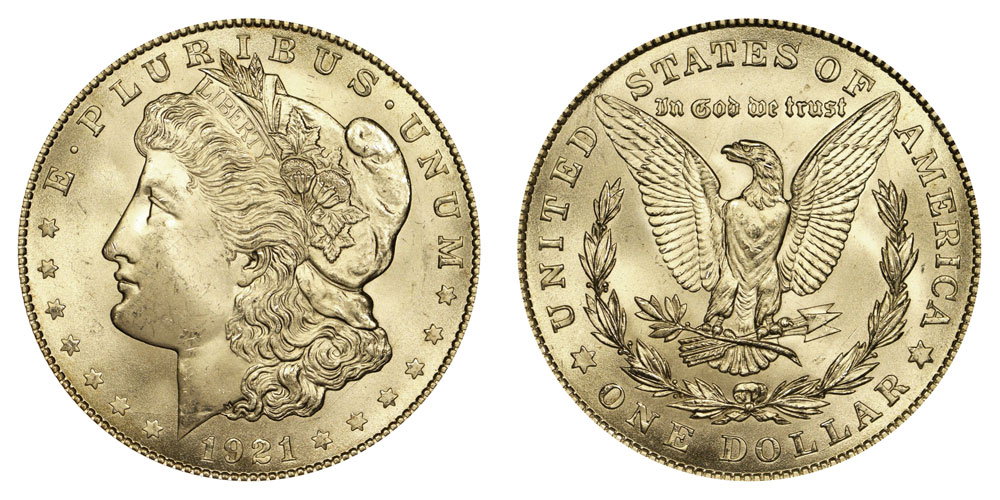 Here's an even better example of why population is important. Take the 1927-D Saint-Gaudens double eagle. A total of 180,000 are reported to have been minted—a small but still significant number. But fewer than two dozen are known to survive due to melting of these coins by the federal government in the early 1930s. If a typical number of 1927-D Saints survived, it would be worth $2,000 to $3,000. Yet, due to the tiny number of coins still in existence, this coin trades for about $500,000 and up.

Another type of “population” that is important are the “pop” reports from the two leading third-party coin grading services. These are Professional Coin Grading Service (PCGS) and Numismatic Guaranty Corporation (NGC). Pop reports released by these two companies are hard statistics on how many of a specific coin they have graded in a particular grade.

It's important to understand that these pop reports do not show the total estimated population for all examples of a certain coin. However, these population reports by PCGS and NGC go a long way in better approximating a particular coin's overall rarity, especially those that are known to be scarcer anyway.

A couple dozen of any coin sure sounds pretty rare, doesn’t it? But is it all that rare if only, say, five or ten people want an example of a coin with 20 or 30 survivors?

In the case of the aforementioned 1927-D Saint-Gaudens double eagle, there are many thousands of active collectors who not only want an example of that very coin but are in a good financial position to plunk half a million dollars on such a coin. Conversely, there are many obscure foreign coins that yield only a few dozen survivors. But, because virtually nobody knows about them or collects them, they can be had for a song.

So, how is a coin with a population figure in the tens of thousands considered rare? One must dive a little deeper. It’s all about supply and demand!

The 1909-S VDB Lincoln cent belongs to the most widely collected coin series in the United States—and possibly the world. Only 50,000 specimens of this famous coin are available for the millions of collectors who want and can afford to buy one, so relative rarity ensues.

And, for the 1909-S VDB, it’s more than just a matter of supply and demand. There’s some degree of fame involved, too. The 1909-S VDB penny is one of but a tiny handful of coins that people outside the hobby knows about as a rarity and collectible. The same really can’t be said about the 1927-D Saint-Gaudens $20. Frankly, only a certain segment of collectors knows this gold coin is a rarity. But the 1909-S VDB penny? It’s an iconic coin that even countless non-collectors broadly regard as “the 1909 penny.” 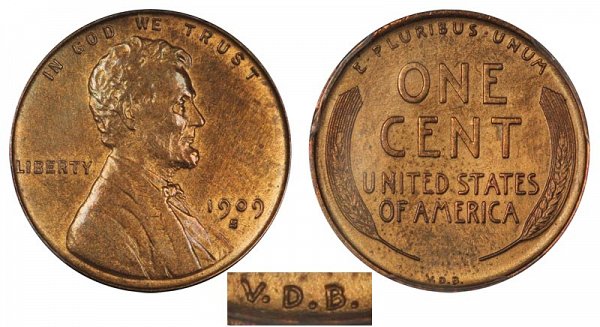 Sure, these non-collectors may not always know about the coin’s all-important “S” mintmark or “VDB” inscription. (This refers to the coin’s origin at the San Francisco Mint and the coin’s designer, Victor David Brenner, respectively). But what’s important here is that huge swaths of the general public are at least cognizant of the 1909-S VDB penny and its importance as a valuable rarity. This awareness of a legendary coin like the 1909-S VDB penny only further increases the desire and demand for this rarity.

No matter what coin we're talking about, condition is always a huge value determinant.

Condition doesn’t just refer to a coin’s wear-based grade. It also is synonymous with the coin’s color or tone, any signs of damage, and overall eye appeal. These are all significant objective and subjective factors that are huge drivers behind a coin’s value. 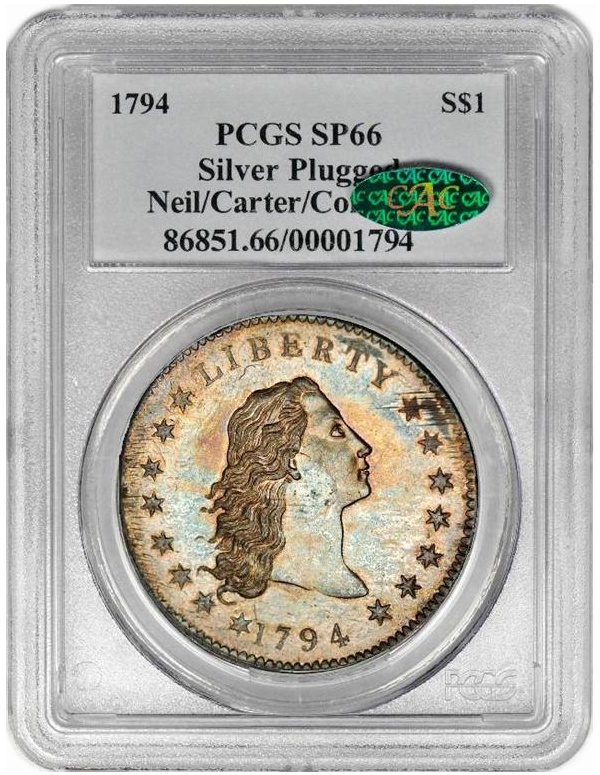 The reason that condition is important is similar to mintage and population. Over time, coins that are well-preserved tend to become more and more scarce. This relative scarcity, combined with collector demand, drives up prices.

The third-party grading services like NGC and PCGS are the most trusted sources for determining a coin's condition.

Although not true in all cases, older coins tend to be more valuable. It's not about age per se, but all the things that come with age:

So it's not the case that any old coin is better or more valuable than a new coin. The age of a coin—and everything associated with age—is simply one important consideration when determining its value. Coin collectors also sometimes focus on coins from specific dates. Depending on the year a coin was made, it may carry greater value for a collectible purposes.

The design of a coin communicates all kinds of cultural, historical, and patriotic themes.

This endearing feature of coins has been common to all peoples in recorded world history. Even the earliest representations on coins tell us something about a moment in history. Whether the design is of an emperor or indigenous fauna, it is a reflection of cultural values.

The reverse design of the Eisenhower Dollar celebrated the recent moon landing.

So how does this factor into value?

Some people will pay more for a coin with an eye-catching design. Designs are also important to collectors. They may want one example of a particular design to fill out their collection. Perhaps a coin is the first year of a new design—or the last year of an expiring design. Either of these scenarios can make a coin more collectible. In addition, limited-edition collectible coins are often distinguished by their intriguing designs.

Bullion content refers to a coin's metallic composition. Simply put, what metal is the coin made out of?

Coins made from copper or other base metals will generally be worth less than coins made from precious metals. This includes gold, silver, platinum, and palladium. The reasoning is pretty straightforward: These metals are more expensive. As a result, the melt value of a gold or silver coin will be substantial. Melt value is also sometimes referred to as "intrinsic value."

The key question is how to tell what metal a coin is made from. Judging by color is not enough. Many coins are only plated in an outer layer of gold or silver. Even a brass coin may appear golden at first glance.

Modern bullion coins make this task easy for consumers. They are always marked with their exact weight and purity. In other cases, you may have to do additional testing to verify a coin's metallic composition. For more information, check out our article on how to tell if your silver is real. (These tips will also apply to gold.)

Here are a few more things to consider when valuing a coin:

How Do I Know If My Coin Is Valuable? 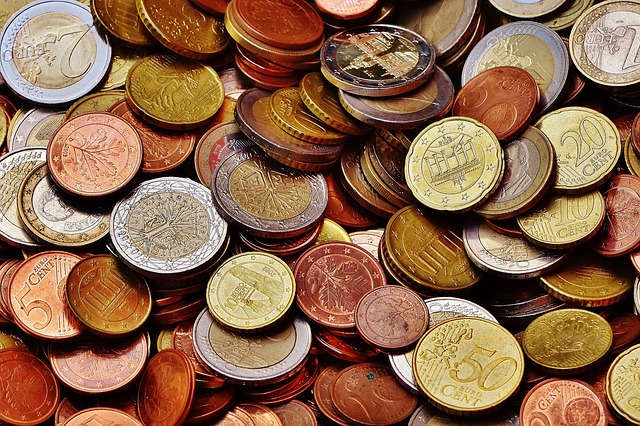 Determining if you have a valuable coin first means identifying it.

The first part is simple: What country does the coin come from? You must figure out what government issued the coin.

Then check the date and denomination. What year was the coin made? What is its face value (such as 25 cents, 50 cents, and so on)?

These three pieces of information will allow you to identify your coin. You can then consult a price guide to see what a typical example of your coin costs.

There may be other features that add to your coin's value. Is there anything unique about it, such as an error? Is it made of silver? Is it a limited edition, such as a proof coin? These questions may be best answered by a numismatic expert. If you're unsure about whether or not you have a valuable coin, consult your local coin dealer. A numismatist will be able to give you a reasonable estimate of your coin's value.

Why Is Gold So Valuable? The Complete Guide

9 Bonafide Reasons Why Silver Is So Valuable

Most Valuable Franklin Half Dollars