What Are the Origins of Gold?

What Are the Origins of Gold?

It is theorized that gold arrived on Earth via interstellar dust and asteroid impacts billions of years ago. It is a yellow-colored precious metal mainly found in our planet's crust. 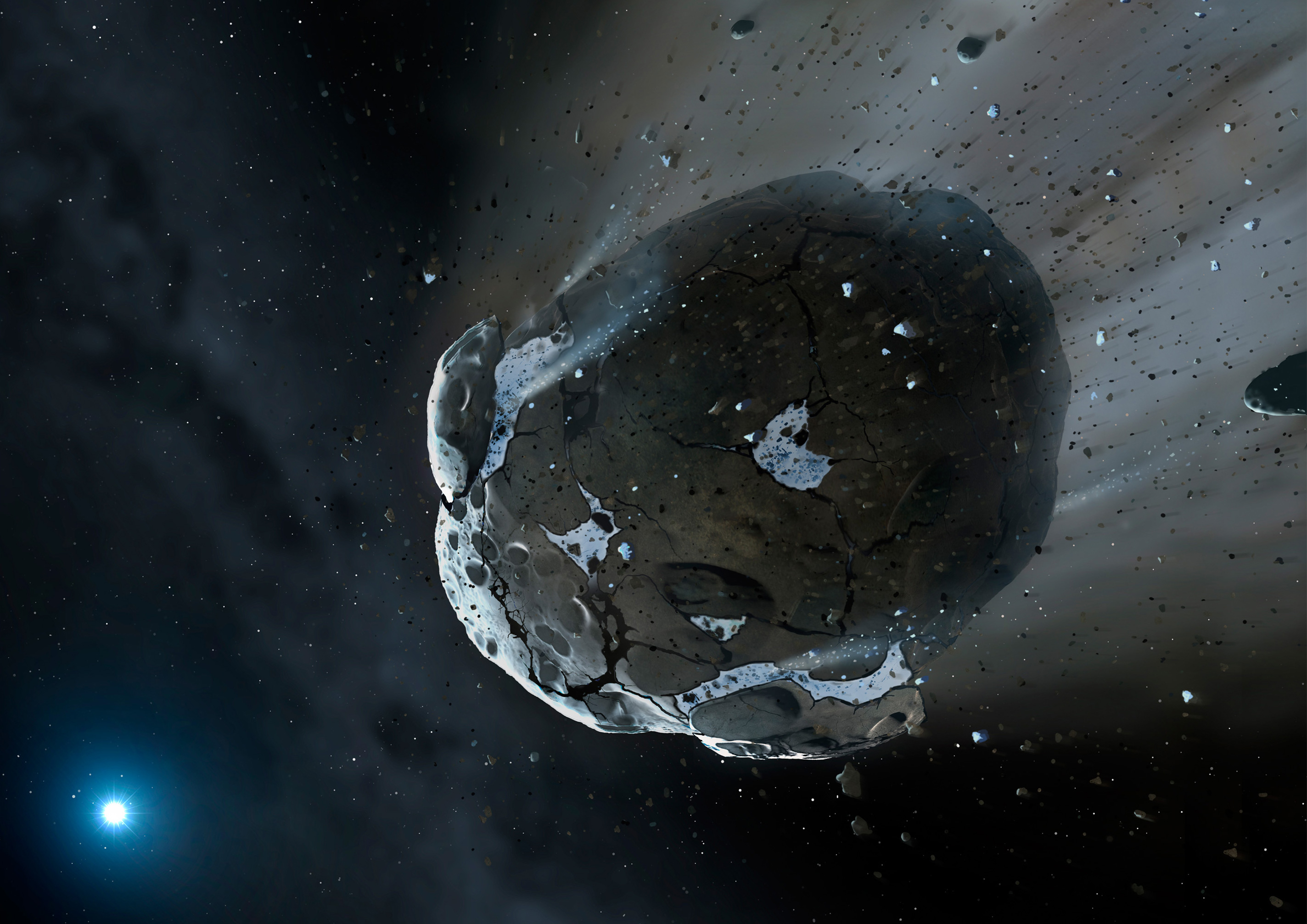 Many people want to know where gold comes from. Of course, the answer is harder to explain away than whimsically saying that a stork delivers gold to the mint!

Gold was discovered many thousands of years ago, and is the earliest-recorded metal used by humans. There are trace amounts of gold in Spanish mines that date back to 40,000 BC.

By the end of the fifth millennium BC, gold was turning up in a variety of artifacts.

Today, it's used in everything from coins and jewelry to medicines and electronics.

Gold is found in rock ores that date back to the Precambrian era, which is 4.6 billion to 541 million years ago. It was a period when asteroids bombarded Earth.

Upon impact, these asteroids deposited high concentrations of gold deep into the crust.

Where Is Gold Found?

Often gold is found with other metals, namely silver. They can be embedded in rocks with quartz or sulfide minerals. This includes realgar, stibnite, and pyrite (also known as "Fool's Gold"). 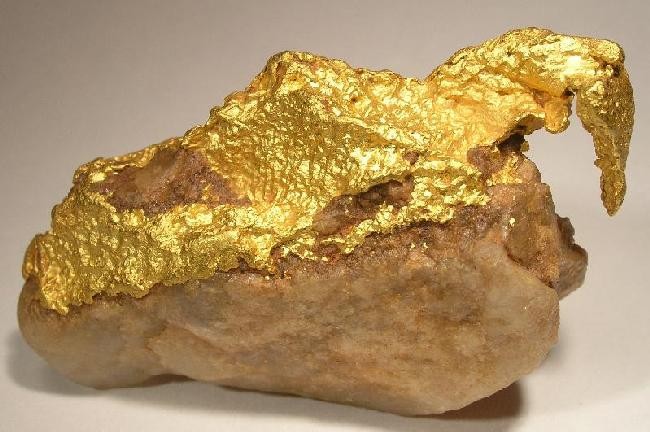 You will even find gold in the oceans, which contain more than 20 million tons of the precious yellow metal. But the gold there is so diluted, it is presently infeasible to collect it from water profitably.

Amazingly, gold is even found in humans, who have about 0.2 milligrams of gold—a tiny quantity.

The most conventional location where gold is harvested is the Earth’s crust.

Often gold is found here in deposits known as “lodes.” These are rich pockets of gold found in rock fissures or cracks.

These include rock formations or veins found between layers of rock.

Flakes or even entire nuggets get sorted out in streams of water that originate near or run through these rich gold deposits.

This is how many people find gold when panning for it in rivers and streams.

These gold deposits are found all over the world, with several notable sites in the United States.

Included are north Georgia, the western Carolinas, the Rockies, parts of Nevada, and much of California.

One of the first gold rushes came in 1799 when gold was found in North Carolina. About 30 years later, a major gold rush hit northern Georgia.

Then, in 1848, a carpenter and sawmill operator named James Wilson Marshall reported finding gold in the American River near Sutter’s Mill.

This discovery took place on January 24, 1848, in the town of Coloma, California.

It kicked off the great California Gold Rush, luring thousands of prospectors to the region throughout the mid-1850s. 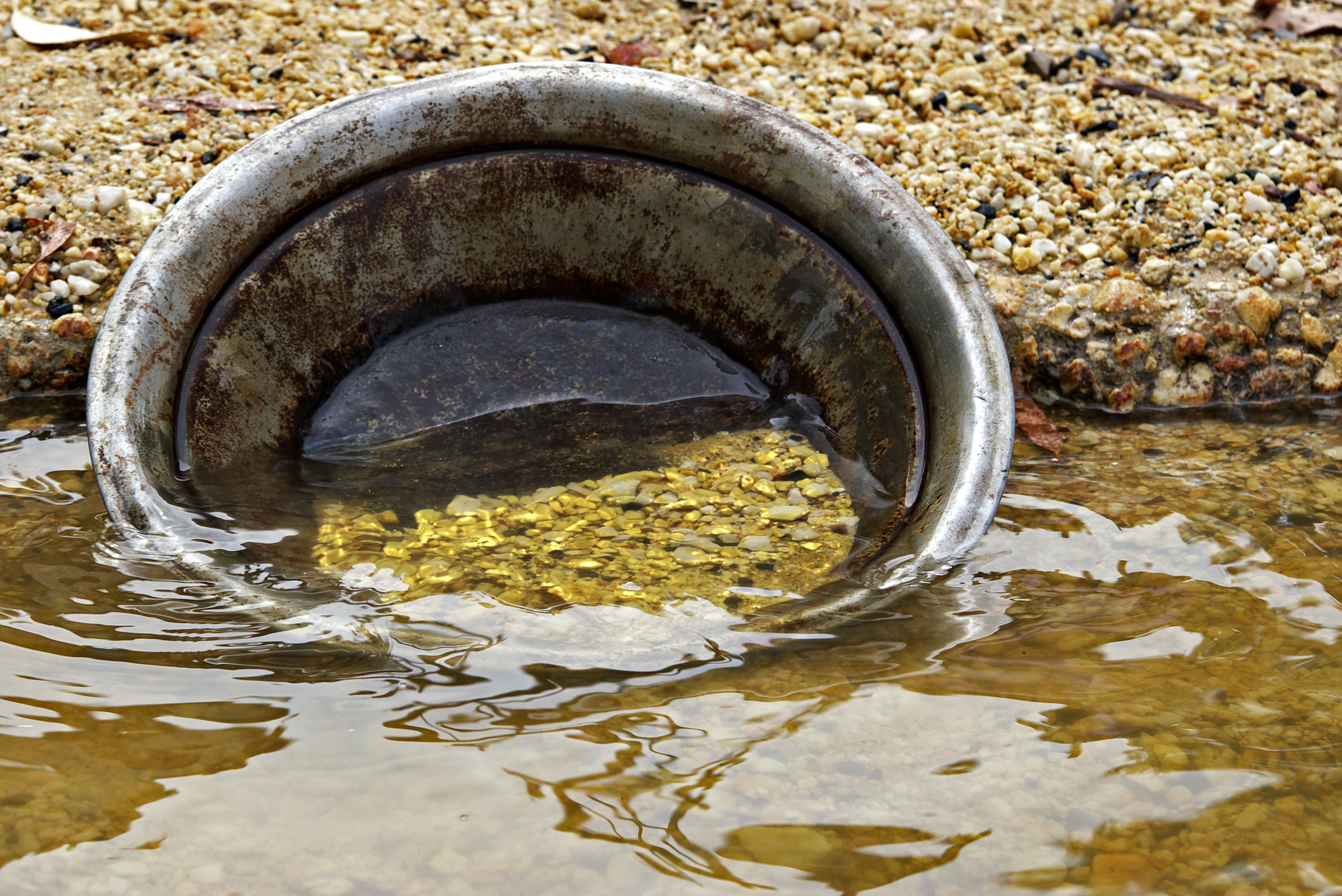 Many of the early discoveries of gold came by way of panning for it in rivers or even finding nuggets lying on the ground. Yet commercial-scale operations required heavy mining activity.

That became big business in places like northern California, in the Sierra Nevada Mountains, and western Nevada.

In the later 19th century, gold mining also expanded into other areas, including the Rockies.

Gold was discovered in the Yukon Territory around the turn of the 20th century, drawing countless prospectors there, too.

The United States has been fortunate to see several significant gold deposits. Many of them provided billions of dollars (in modern-day dollars) of gold.

This helped spur economic growth in places that were once little more than outposts and villages.

It inspired the construction of mint facilities in places like Carson City, Charlotte, Dahlonega, Denver, and San Francisco.

Today, much of the world’s gold comes from other nations around the world. These include China, Russia, Australia, South Africa, and various countries in South America.

At this time, about 3,000 tons of gold is mined each year, which represents approximately 5.4 cubic meters.

To put into perspective just how small an amount of pure gold that is, a small sidewalk tree planter will contain 1 or 2 cubic meters of soil. 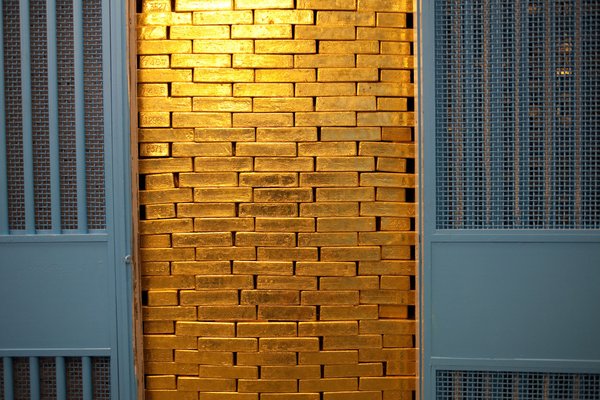 If all the gold ever mined in all the world were to be stuffed into one big room, that space would not need to be much larger than a 70-foot cube.

That's about the amount of space in a small suburban mid-rise building.

In other words, there is not a lot of gold to go around for Earth’s growing population of nearly 8 billion people! And, again, gold isn’t used only for coins, jewelry, and royal baubles.

It has many important industrial uses, too. It’s a critical metal—and one that’s relatively rare.

No wonder it costs so much.

Where Gold Comes From: Go to the Source

Gold’s scarcity makes it hard to find and expensive to mine. But there are plenty of places one can go to see how mining operations work.

Dahlonega, Georgia, where thousands of people converged during the gold rush, has the Dahlonega Gold Museum Historic Site.

There, one can view a complete collection of gold coins struck by the Dahlonega Mint.

About a mile away is the Consolidated Gold Mine, which operated around the turn of the 20th century.

One can pan for gold there, too.

Out West, one will find a bevy of gold mining tours.

Of course, one of the best places any gold buff should go is to Gold Discovery State Historic Park in Coloma.

This is the site where the California Gold Rush originated.

Perhaps the most common question many people ask when touring these places would be, “Is there still gold there?”

Yes, and tons of it!

The problem is that it’s either too deep to reach economically or is only readily available in small quantities. This makes it nonviable for major commercial operations to mine it.

But gold is still there.

In these and other places where gold mining was once a primary industry, people are still successfully panning for gold in rivers and streams.

The search for gold continues today, just as it has for millennia before.