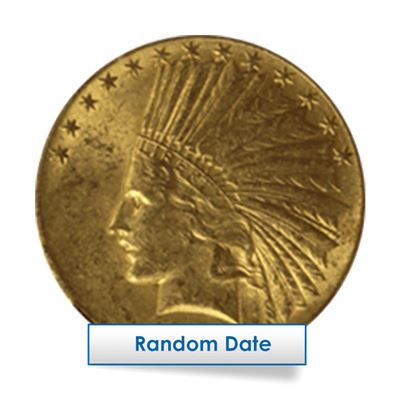 Click image for larger picture.
As low as
*Price changes every 5 seconds. The price added to cart will reflect the current spot price. Discount is calculated savings compared to credit card pricing for one unit quantity.
$1,221.00

The $10 Liberty Head Gold Eagle Coin was minted from 1907 to 1933, from a design by the famous Augustus Saint-Gaudens. Personally commissioned by President Theodore Roosevelt to improve the gold coinage of the United States, his double eagle design is still considered one of the masterpieces of modern currency.

In an interesting move, the edge of these 900 fineness gold coins has a raised star for each state in the Union (first 46, then 48), instead of having a reeded edge like many other U.S. coins. These common date raw coins have not been graded by a grading service, but are in generally “Extremely Fine” (XF) condition.

For the Gold Eagle design, Saint-Gaudens took the classic Greek-inspired profile of Lady Liberty, and made it uniquely American by replacing the tiara with an Indian headdress, the band of which is adorned by the motto "LIBERTY." Thirteen stars arc over the top of the headdress, and the date appears below the bust.

The reverse features a strong American Bald Eagle facing left, astride a bundle of arrows with an olive branch entwined around them. The title UNITED STATES OF AMERICA follows the top border of the coin, with the denomination "Ten Dollars" written out along the bottom. Two national mottos are inscribed to each side of the eagle: "In God We Trust" to the left, and "E Pluribus Unum" to the right.

Coin date varies and is randomly chosen from available inventory. 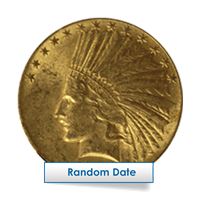 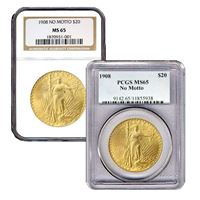 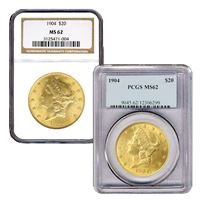 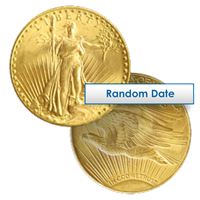 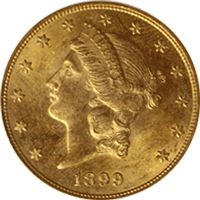