This is the $10 Gold Eagles section of the Coin Library. Check out additional information about each coin design below.

Until the middle of the 19th century, the $10 eagle was the highest denomination coin in the United States. The first eagle gold coin was minted all the way back in 1795. There were many rare issues over the lifetime of the series. 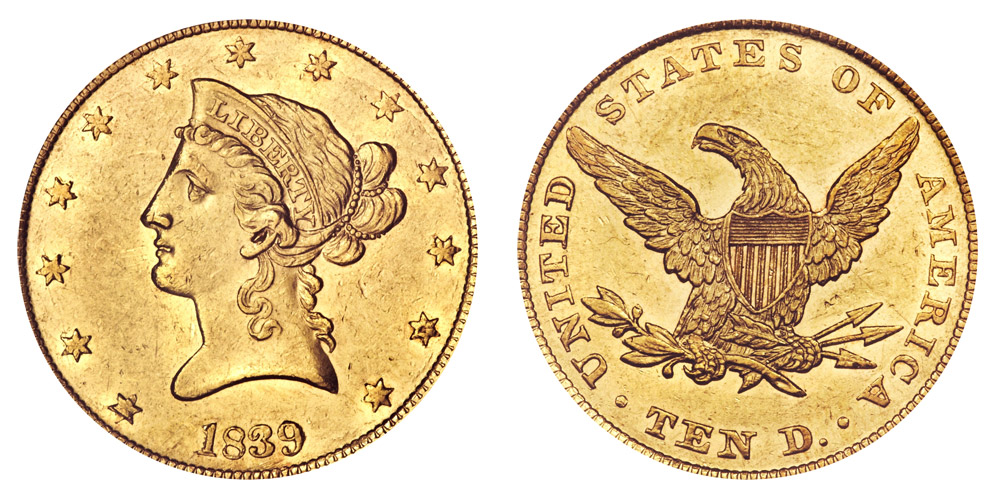 Also known as the "Coronet" design. The Liberty Head $10 gold coin was part of the make-over of US coin designs by Chief Engraver Christian Gobrecht. The two varieties of the Liberty Head gold eagle are the 1838-1866 Type 1 "No Motto" and the 1866-1907 Type 2 "With Motto." The difference is the addition of the motto "In God We Trust" on a ribbon above the eagle on reverse. 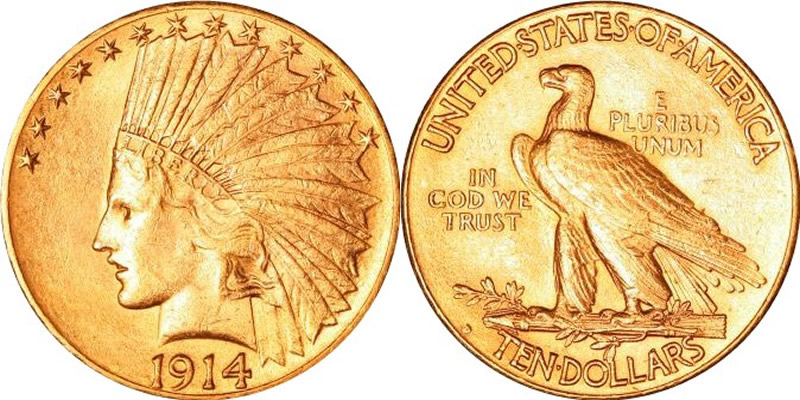 The 1907 Indian Head gold eagle is one of only two coin designs completed by Augustus Saint-Gaudens before the preeminent sculptor's death.Unlike Pratt's Indian Head half eagle and quarter eagle that would debut the next year, Saint-Gaudens' design purposefully used Lady Liberty as the subject, adorned with an allegorical Native American headdress.