This is the Nickels section of our Coin Library. More comprehensive information about the different nickels over time can be found below.

The name of the "nickel," the U.S. 5¢ coin, is a bit misleading. These coins are actually made of 25% nickel and 75% copper. Nickel coins have had this same composition since they were introduced in 1866.

Unlike the dime, quarter, and larger denominations, the nickel has never contained any silver except for the brief 35% silver "war nickels" from 1942–1945. 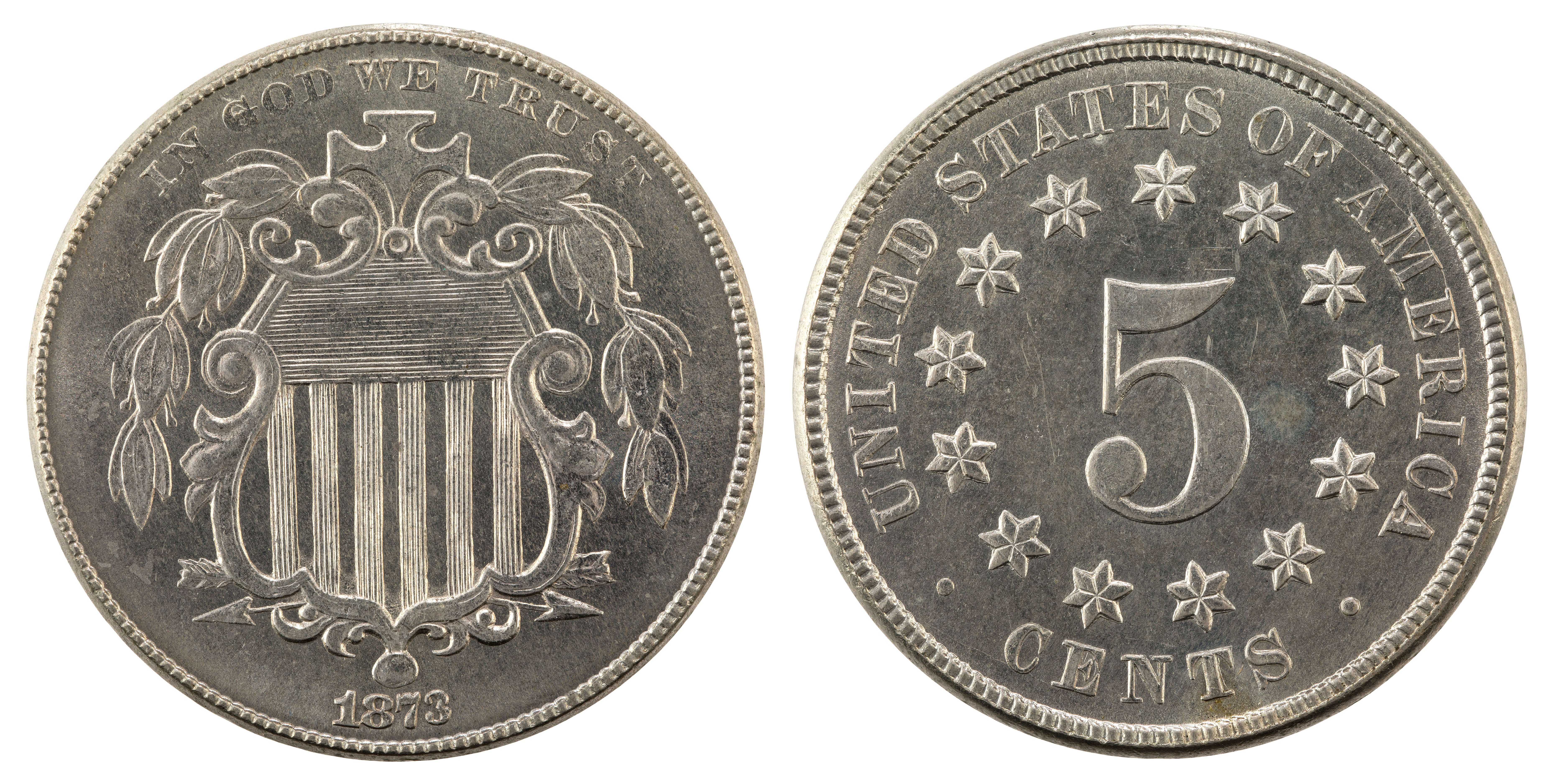 The Shield nickel was the first five-cent nickel coin made in the United States. Introduced in 1866, it remained in production until 1883. It was the second U.S. coin to bear the motto "In God We Trust," after the 1864 two-cent piece.

There are only two varieties of the Shield nickel. The original design featured rays between the thirteen stars that surrounded the 5 on reverse. This design ran through the first year mintage of 1866, and part of the next year's mintage. The design switched to one that eliminated the rays during 1867. The Shield nickel would retain this design until 1883, when it was replaced by the Liberty Head or "V Nickel." 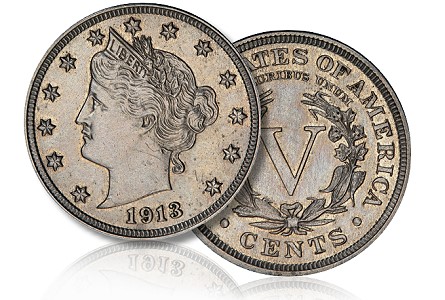 The second five cent nickel was an 1883 design by Chief Engraver Charles Barber. Officially named the "Liberty Head" nickel, it was often referred to as the "V Nickel," from the prominent Roman numeral V on the reverse. The Liberty Head nickel was the only circulation coin designed by Barber that was not associated with his name. It was used until 1912.

The original design for the Liberty Head nickel omitted the word "Cents" or the reverse. Fraudsters quickly realized that the new nickel was roughly the size of a $5 half eagle gold coin. The V nickel could be passed as a $5 coin by cutting reeding into the edge and gold plating it. The Mint swiftly added "Cents" to the nickel design, making the "No Cents" variety a collectible rarity today.

The "V" nickel is collected more for it's reverse design than the obverse, which featured a typical Barber interpretation. Much of the criticism focused on the strange nose of Lady Liberty, with one particularly scathing opinion saying that Liberty looked like she had run face-first into a wall. 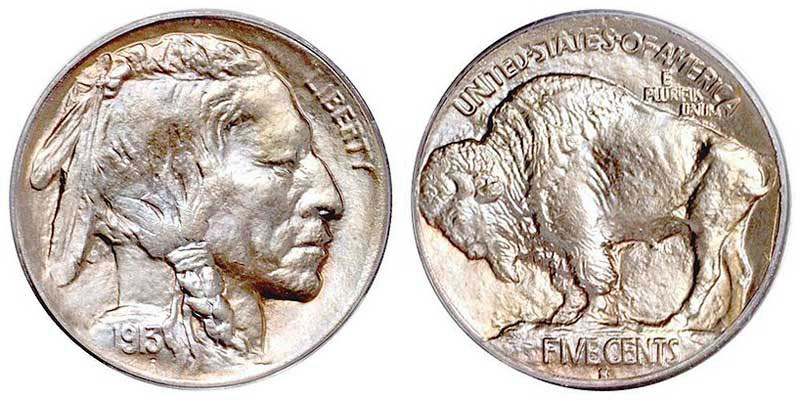 James Earle Fraser's 1913 to 1938 Buffalo nickel is most likely the coin people think of when "collecting old nickels" is mentioned. The Buffalo nickel was the first U.S. coin to display an image of an actual Native American, instead of Lady Liberty wearing a headdress like earlier "Indian Head" coins. The bison that gives the coin its nickname was rumored to be modeled on the giant buffalo kept at the Central Park Zoo at the time.

The Buffalo nickel suffered from early wear on both sides of the coin. The denomination "Five Cents" was originally struck on the raised mound the bison stood on, elevating it. On the obverse, the date on the Indian's shoulder was also a high point. Even after Mint Chief Engraver Charles Barber recessed the denomination and adjusted the date, these two areas remained trouble spots for the coin for its entire run. These problems likely contributed to the design being retired. 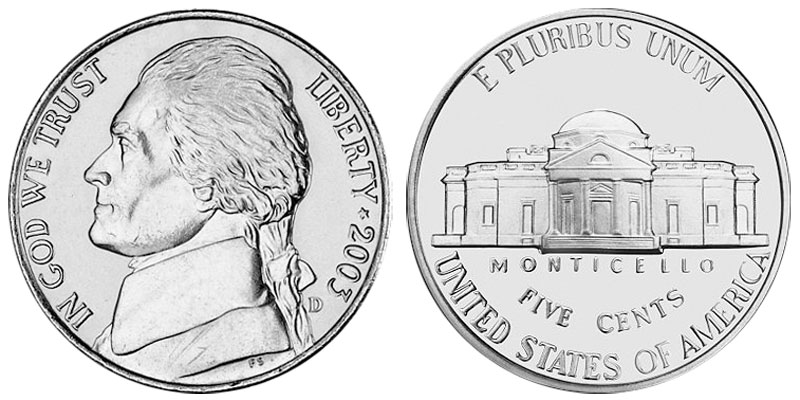 The original Jefferson nickel design was introduced in 1938 to commemorate the 200th anniversary of Thomas Jefferson's birth. It is still minted today, but with a new portrait of Jefferson on the obverse, and a remastered Monticello on the reverse.

Today, the five-cent nickel is the second-smallest denomination of U.S. coin. (Believe it or not, back in the 19th century, there were also 3-cent, 2-cent, and half-cent coins.) As such, nickels have long been "workhorse" coins for the economy. Unlike most United States coins, contemporary nickels have a plain edge design (as opposed to a reeded edge).

Several other countries (including Australia and Canada) have done away with their one-cent coins. This leaves the "nickel" as the lowest denomination coin in these economies. Many believe the United States Mint will eventually follow suit, as the government loses money on every penny it mints.

Follow the links below for more information about U.S. nickels:

Who Is On the Nickel?

History of the Hobo Nickel