You have reached the Dimes section of our Coin Library. Find information about the different U.S. dimes below.

Dimes were one of the first coins ever produced by the United States. They were always composed of silver up until 1964. The small size of silver dimes makes them a convenient target of bullion investors. 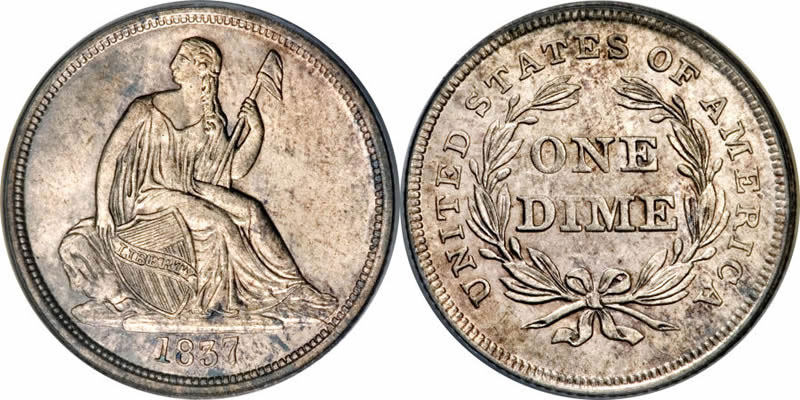 The Seated Liberty dime was used for so long, it experienced two weight changes. In the early 1850s, the silver content of the dime exceeded its face value, so people hoarded them or melted them down, instead of using them. The government reduced the weight of the dime in 1853, and placed arrowheads bracketing the date to show which dimes were the new weight. This ended after 1855, since the overweight dimes were no longer circulating.

The opposite happened twenty years later. Falling silver prices led the government to increase the weight of the dime slightly. Like in the 1850s, arrows bracketed the dates in 1873 and 1874. They were removed in 1875. 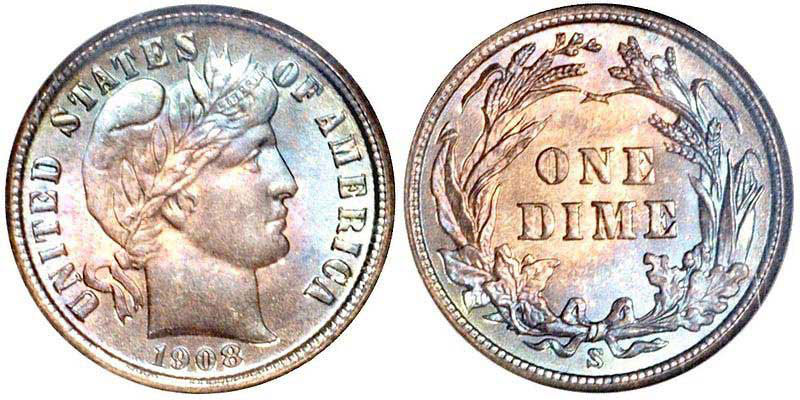 The Barber dime was designed by Chief Engraver of the Mint Charles Barber in 1892. Officially known as the "Liberty Head" design, it was generally referred to using Barber's name. The same applied to the quarter and half dollar, which used the same design.

Curiously, Barber didn't bother to design a new reverse for his dime, using the same reverse as the preceding Seated Liberty dime. Barber's bland design and androgynous Liberty exposed him to much criticism. None was more biting that President Roosevelt's proclamation of Barber's design to be an "atrocious hideousness." 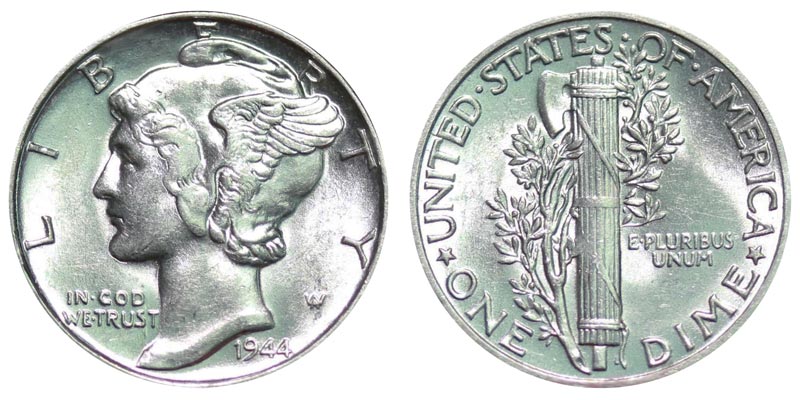 Perhaps the most-loved American ten cent coin design is the "Winged Liberty" design of Adolph Weinman. Commonly known as the Mercury dime, it featured a bust of Liberty with a winged cap. The impression was reinforced by the design of the reverse, which featured the Roman fasces (a symbol of strength in numbers).

The Mercury dime was the first dime to display the motto "In God We Trust." Previously, the dime was exempted from requirements to bear the motto, but technical advancements in die engraving allowed it to be added on the Mercury dime. The Mercury dime is a popular coin to collect, even today. The only reason it was retired was to honor a fallen President. 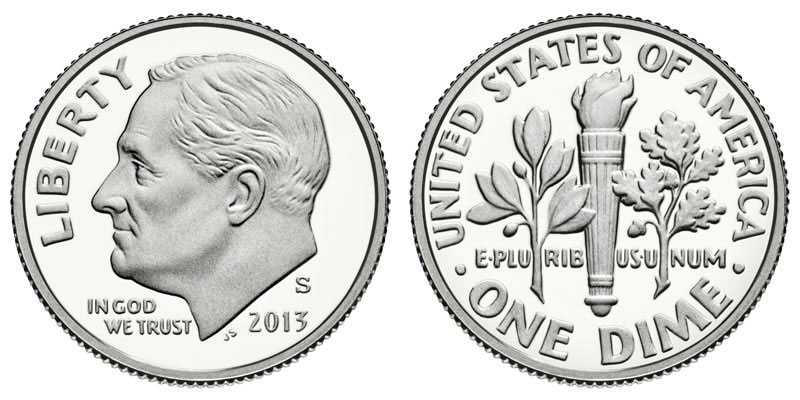 The Roosevelt dime was introduced in 1946 to honor President Franklin Delano Roosevelt. Roosevelt led America through the Great Depression and World War II, dying just three weeks before the unconditional surrender of Nazi Germany on May 7,1945.

Roosevelt, who suffered from polio, founded the March of DImes to combat polio in 1938. Therefore, it was no surprise that the American public wanted to honor FDR by putting his likeness on the dime.

The Roosevelt dime is still in use today. Like the Washington quarter, Jefferson nickel, and Lincoln cent, the public will likely never support FDR being removed from the dime.