Welcome to the Half Eagle section of the Coin Library. Here you can read more about each design of this classic $5 gold coin.

The half eagle holds the distinction of being the first gold coin denomination ever struck by the United States government back in 1795. This $5 coin was a popular "stocking stuffer" during Christmastime in the 19th century. 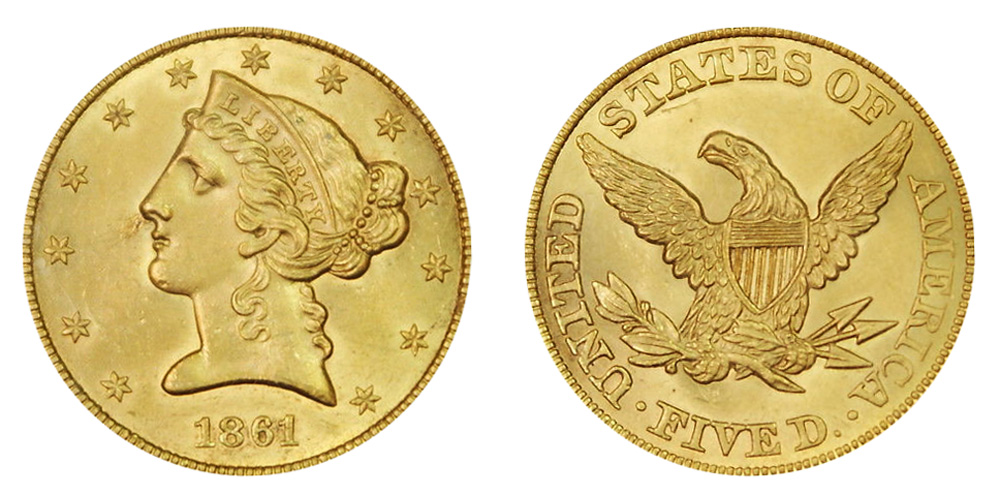 The Liberty Head, or "Coronet" $5 half eagle gold coin made its debut in 1839. It would be struck for an amazing 70 years, to 1908. Designed by Chief Engraver Christian Gobrecht, it shared a similar design with the $10 gold eagle and $20 gold double eagle coins.

The Coronet half eagle had two major varieties. The original design ran from 1839 to 1866. Later that year, a new reverse design was introduced, which displayed the motto "In God We Trust" on a ribbon above the bald eagle. This Type 2 variety ran to 1908, when it was replaced later that year by the Indian Head design. 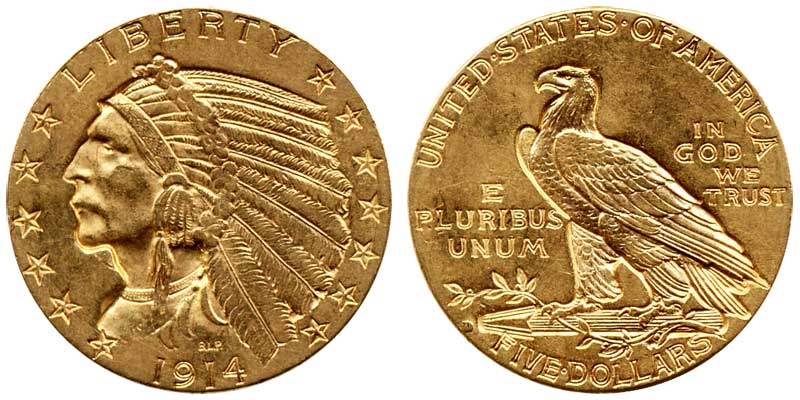 The 1908 Indian Head half eagle shared the same novel sunken relief design with the $2.50 quarter eagle gold coin. This incuse design led to many rumors, the chief of which was that the coins would harbor diseases in their crevasses. Designed by Bela Lyon Pratt, the Indian Head half eagle was minted from 1908 through 1916, then once more in 1929. Circulating gold coins fell out of favor after the wholesale adoption of paper money.