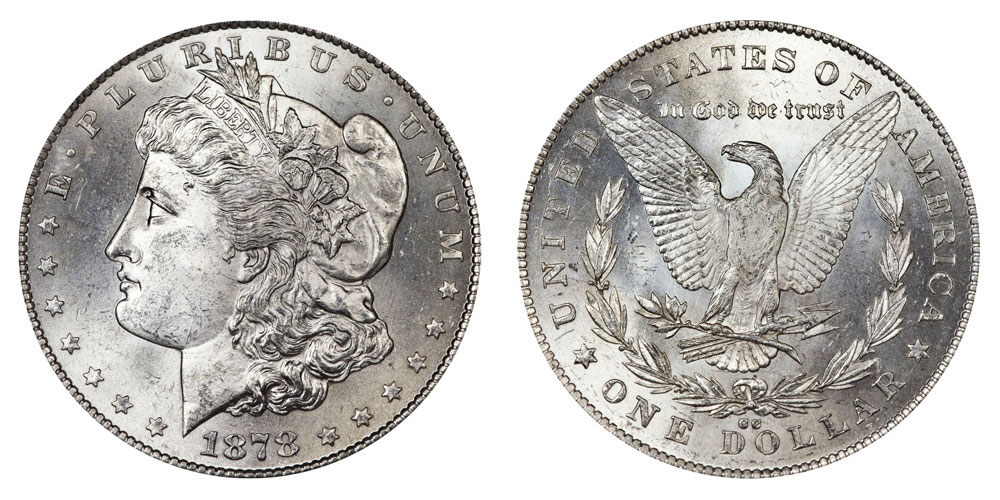 The Value of An 1878-CC Morgan Dollar

Though the 1878-CC holds a special place among Carson City Morgan dollars as the first year of issue, it is not quite as scarce as some of the more famous rarities like the 1889-CC or 1893-CC.

Most survivors are Mint State, from the dispersals in the 1950s. 1878-CC Morgans generally have sharp strikes and a pleasing luster, but are saddled with a large number of bag marks.