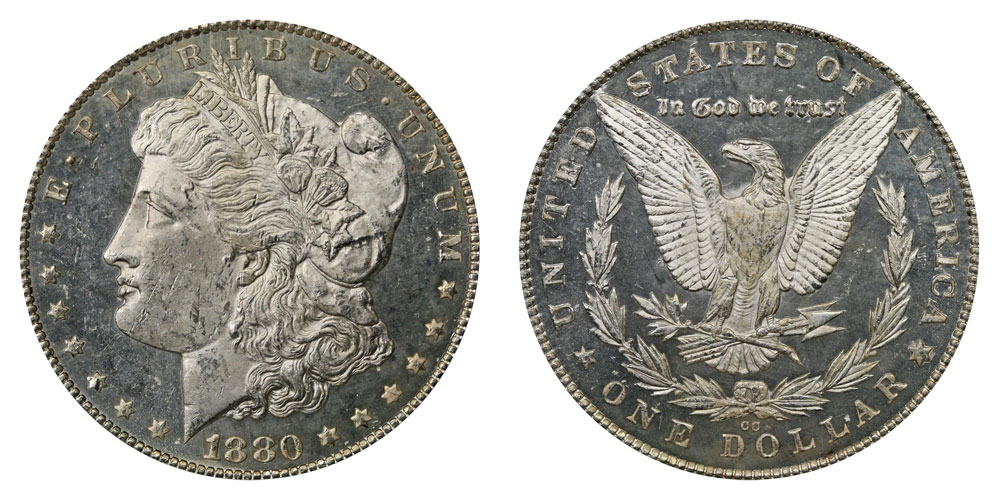 The Value of An 1880-CC Morgan Dollar

A large number of 1880-CC Morgan dollars ended up in Treasury vaults after the Carson City Mint was closed down for the final time. These coins were sorted into broad categories of condition, and sold through the GSA from 1973 through 1980.

The 1880-CC Morgan dollar has a far better strike than most Carson City issues, which increases its appeal. Though there are more Mint State 1880-CC than other Carson City dates, the sharp strike has kept prices high.

The 1880-CC Morgan dollar is the source of many recognized varieties. The major varieties are listed below.