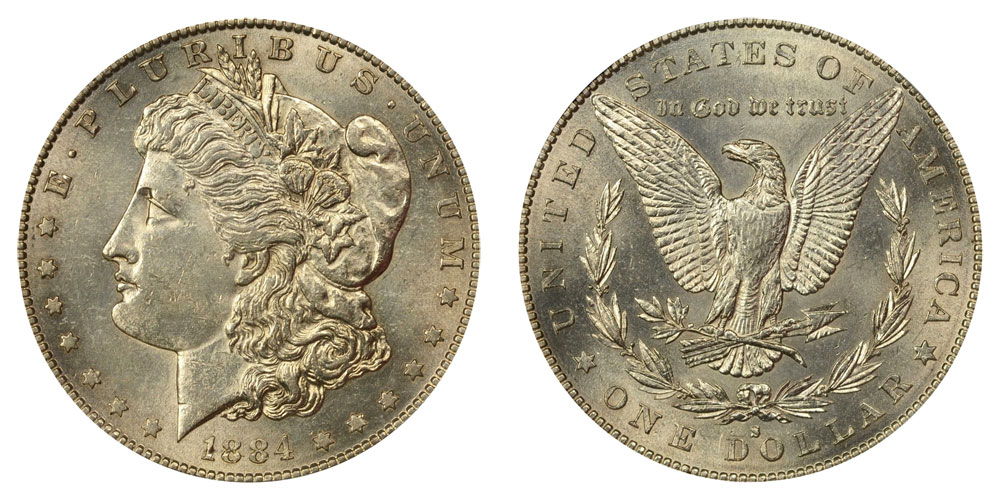 The 1884-S is a major condition rarity among Morgan dollars. Unlike many other San Francisco mintages, nearly all of the 3.2 million 1884-S Morgan dollars seem to have entered circulation. Those that didn't were apparently melted under the auspices of the 1918 Pittman Act, as Mint State examples are almost non-existent.

Heavily worn 1884-S Morgan dollars sell near common date levels, reflecting the numbers that saw many decades of circulation. Values accelerate from there, as the lack of Mint State coins forces competition in the About Uncirculated levels.