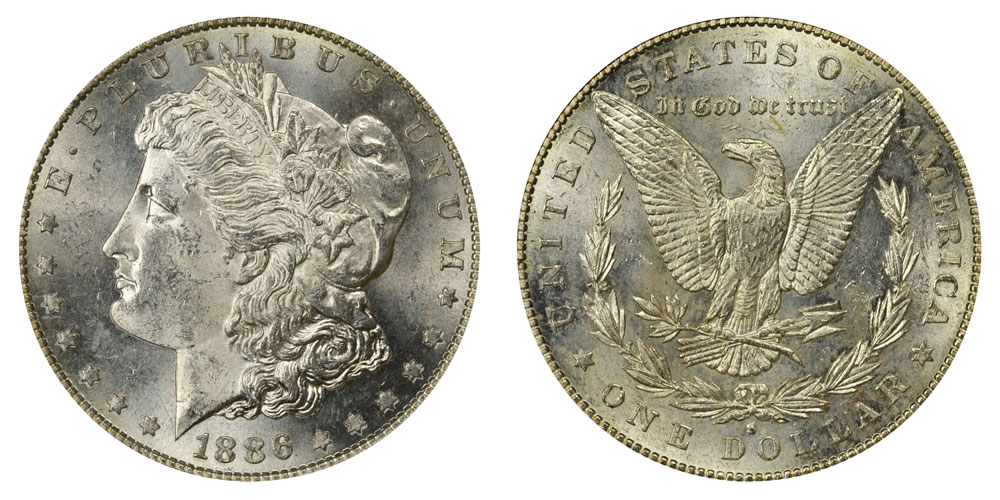 The 1886-S Morgan dollar was one of the most desirable rarities of the series until the 1920s. A few thousand were released into circulation from the San Francisco Mint in the 1920s, followed by more bags being released throughout the West from 1942 to the late 1950s. There was no interest in 1886-S Morgans at the time, and they were disbursed at face value.

There are rumors that a good portion of the mintage was melted, but there is no way to confirm that.

Circulated 1886-S Morgan dollars became more available in the 1920s, and more so in the 1950s, as they were paid out in the regular course of business. This is not to say that they are not scarce, because they are. The issue is simply not the extreme rarity it was before the 1920s.

The average 1886-S Morgan dollar is well-struck with an attractive luster. That said, many Mint State samples suffer from abrasions, which can limit their grade. This results in escalating prices above MS63.