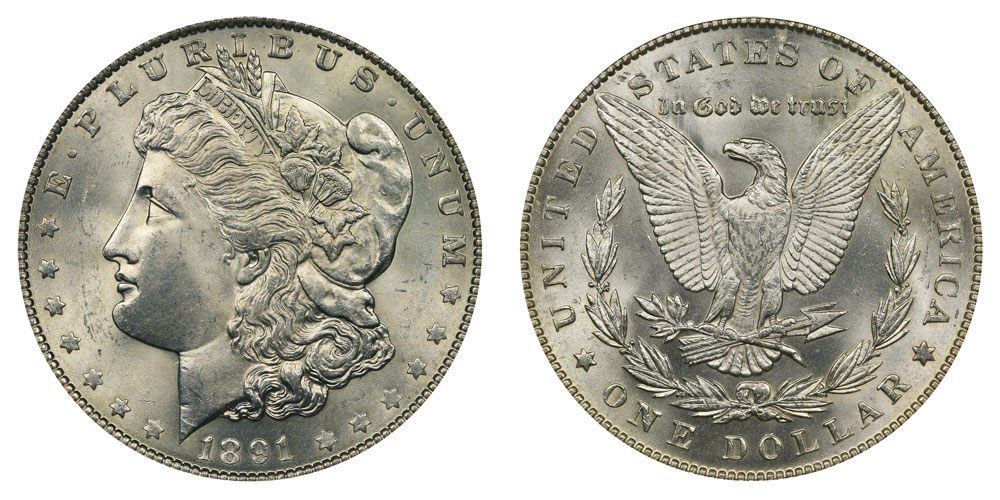 The 1890-O Morgan dollar has the unfortunate distinction of being one of the worst-struck Morgan dollar mintages in the entire series. Millions are thought to have been melted down under the 1918 Pittman Act. Their cheap price and large numbers available meant that millions more were melted down in the silver boom of the 1970s.

Its large mintage and unattractive appearance makes the 1890-O Morgan dollar one of the cheapest Morgan dollars in circulated grades. The frankly terrible strike on most 1890-O Morgans would depress prices even if there weren't so many available. The weak strikes mean that few of them approach MS65 or better.

That's not to say that there aren't any high Mint State 1890-O Morgan dollars. They are just few and far between.