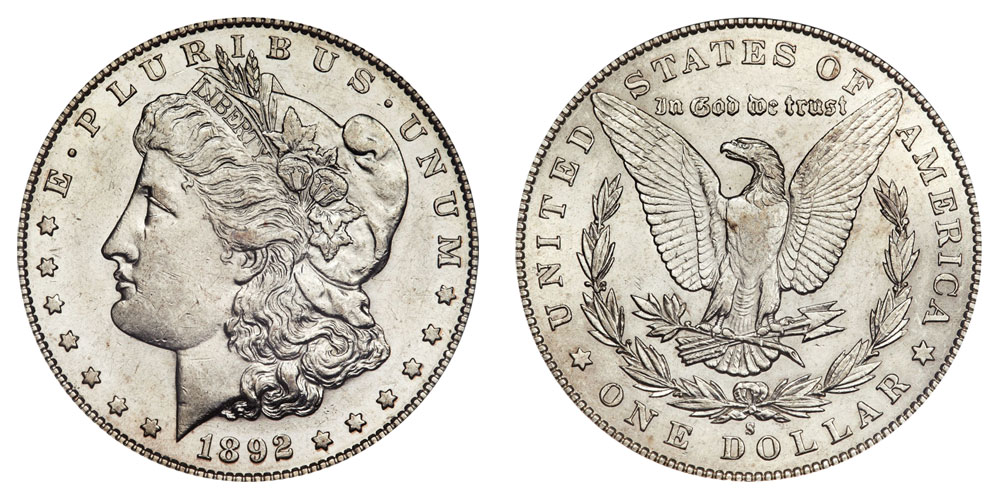 The 1892-S Morgan dollar is another San Francisco mintage where almost all the coins went into circulation soon after production. Many of these dollars, worn or not, ended up in the melting pot in 1918. The last big known release was a $1,000 bag in the 1920s. None are known to have emerged from the San Francisco Mint in the 1940s or 1950s, and not a single one was found when the Treasury vaults were emptied of silver dollars in the 1960s.

Heritage Auctions notes that there are only 130 Mint State coins (MS60 through MS68) graded by NGC and PCGS combined. Circulated coins aren't too scarce, since the majority of the 1892-S Morgans were promptly released into circulation.

The 1892-S Morgan dollar, like some other San Francisco mintages of the 1890s, has an above-average strike and good luster.