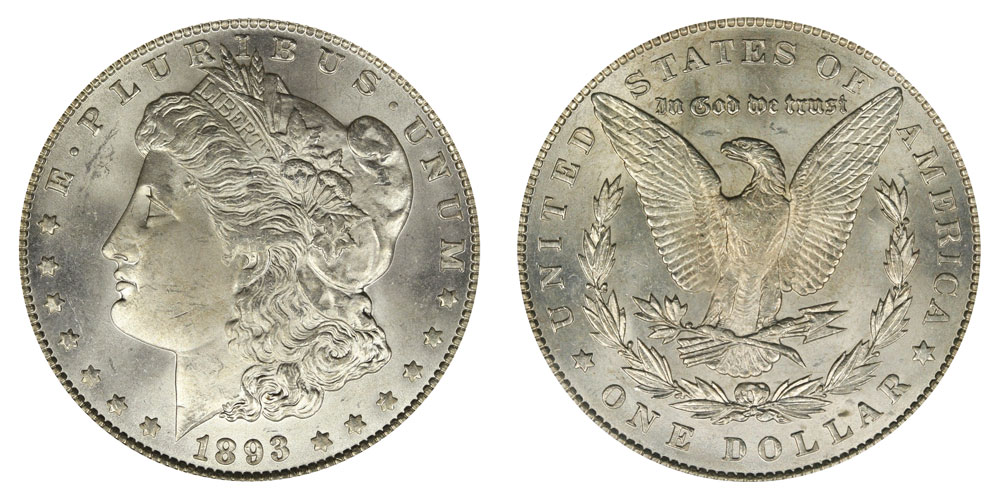 The 1893 Morgan dollar is the eighth-lowest Morgan dollar mintage from any mint. It had the third-lowest mintage of any Philadelphia Morgan dollar. With the impending repeal of the Sherman Silver Purchase Act, all US Mints stopped striking Morgan dollars on June 1, 1893.

The Value of an 1893 Morgan Dollar

The 1893 Morgan dollar is the third-rarest mintage from the Philadelphia Mint, even in circulated grades. Their rarity drastically increases in gem Mint State.

They usually are found with a good to strong strike, but the luster is impaired. The 1893 Morgan is described as having a "greasy" appearance, rather than a frosty luster.

Since they were produced and stored at the main US Mint in Philadelphia, they were not transported long distances. This results in fewer and lighter bag marks compared to Morgan dollars struck at the branch mints.