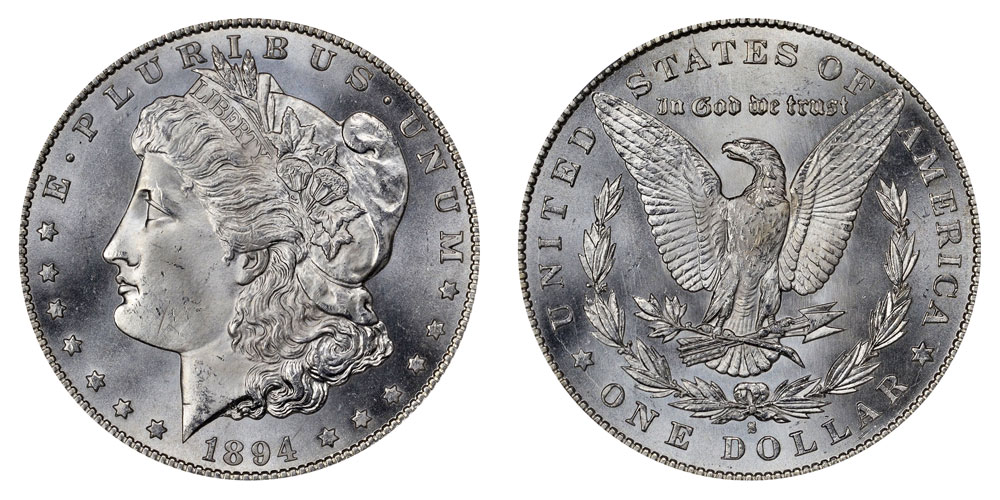 With a mintage of only 1.2 million, the 1894-S Morgan dollar is surprisingly the highest mintage for that year. Most of this small mintage went into circulation, as people on the West Coast still preferred hard money to paper notes. Most of the survivors seem to have been released into circulation in the 1950s. There were apparently few to none to emerged from the Treasury vault disbursement of the 1960s.

PCGS estimates that there are approximately 20,000 Mint State 1894-S Morgan dollars surviving. Less than 400 of these grade MS65 or better.

Circulated grades are not as expensive as might be originally thought, given the small mintage. This changes in About Uncirculated grades. An AU55 1895-S Morgan is generally worth more than twice a XF45. Most surviving Mint State coins are on the lower side, MS62 and below.