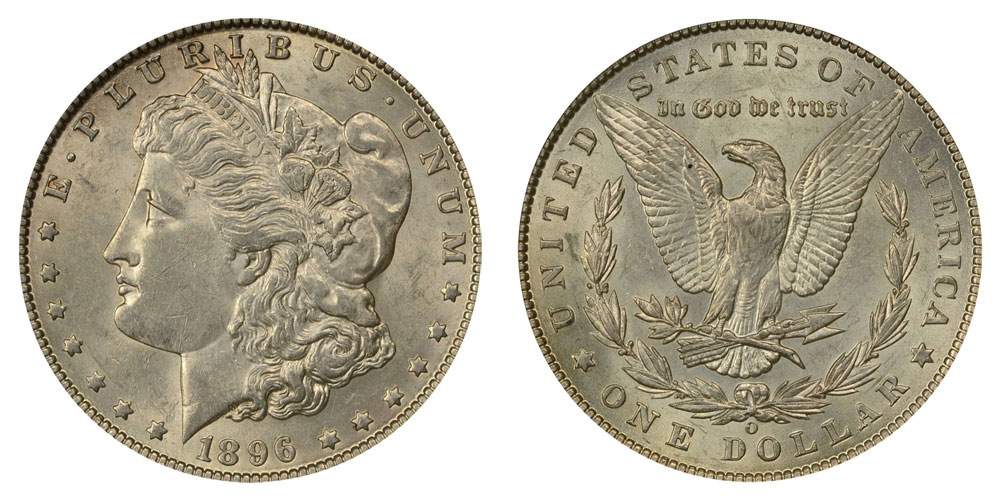 Some bags of 1896-O Morgan dollars were released in the 1950s. Others showed up during the 1960s, but there was no interest in them. This is because coins from this mintage were almost universally unattractive.

In 2005, PCGS determined that all 1896-O, 1900-O and 1902-O Silver Dollars with so-called "Micro o" mintmarks were counterfeit. This announcement was based on the discovery that all three dates shared common die markers.

The 1896-O Morgan dollar unfortunately displays the poor, weak strikes and below average luster that was common among New Orleans Mint coins. As the majority of 1896-O Morgans were released into commerce, circulated examples are plentiful and cheap.