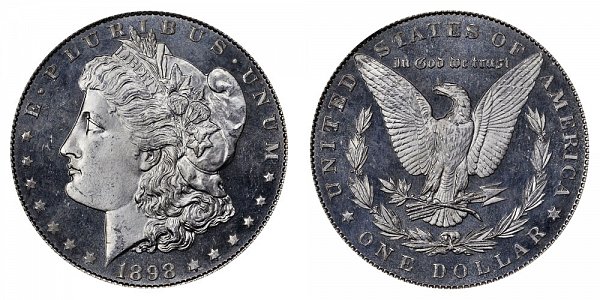 The 1898 Morgan dollar was a common coin in circulation, but it wasn't until banks (and casinos) began ordering silver dollars in the 1950s that Mint State coins became easier to find. It is assumed that many 1898 Morgan dollars were melted in 1918 under the Pittman Act.

Many more likely ended up being melted in the 1970s, during the largest bull market in silver in modern times. Record silver prices drove the melt value of common-date circulated Morgan dollars higher than their numismatic value..

The Value of an 1898 Morgan Dollar

The 1898 Morgan dollar is common in circulated grades, and is very common in Mint State up to MS65. This date boasts a generally sharp strike. The low price and the availability of sharply struck coins makes the 1898 a popular candidate for type sets.