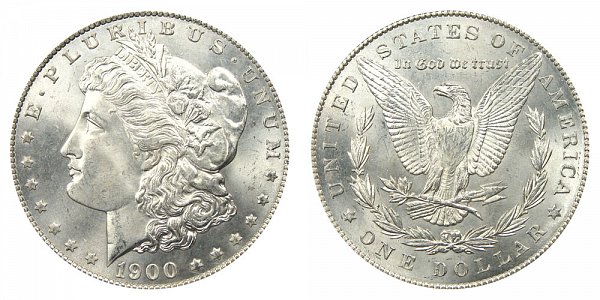 The 1900 Morgan dollar is a fairly common coin, in both circulated and uncirculated grades. While many are assumed to have been melted down under the Pittman Act, enough were paid out from storage for them to be a common find in Mint State in the 1950s. These disbursements meant that there were relatively few bags left in Treasury vaults by the 1960s, when the government released all remaining silver dollars.

The 1900 Morgan dollar varied in strike quality. The majority were generally well-struck, if the surviving number of MS65 and MS66 examples are any guide.