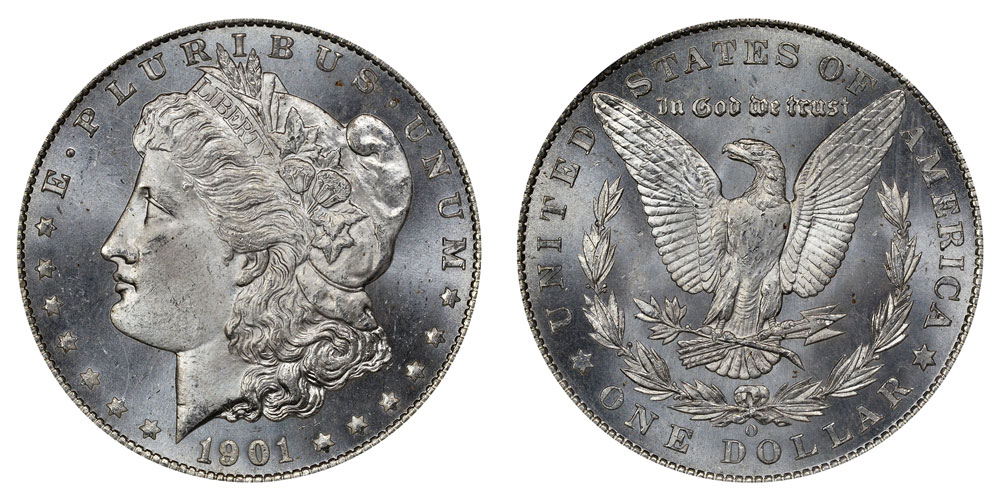 The 1901-O has the highest mintage of all New Orleans Morgan dollars at 13,320,000. This edges out the 1899-O, with a total of 12,290,000 coins. These high mintages do not reflect any actual demand. Similar to previous issues, nearly all the 1901-O Morgans ended up permanently in storage, where they provided backing for paper silver certificates.

Uncirculated 1901-O Morgans were notably rare in the first half of the 20th century. A major disbursement of the coins in 1953 increased the supply of Mint State examples, making it available to ordinary collectors. In October 1962, however, a torrent of many thousands of 1901-O Morgans emerged from Treasury Department vaults. The 1901-O Morgan is now one of the most common dates available. Prices for circulated 1901-Os are among the cheapest of any Morgan dollar. The high number of Mint State coins means that most collectors ignore circulated grades.

The 1901-O, like many New Orleans releases, suffer from uneven strike quality. Most are softly struck, and numerous bag marks are present on the majority of coins.