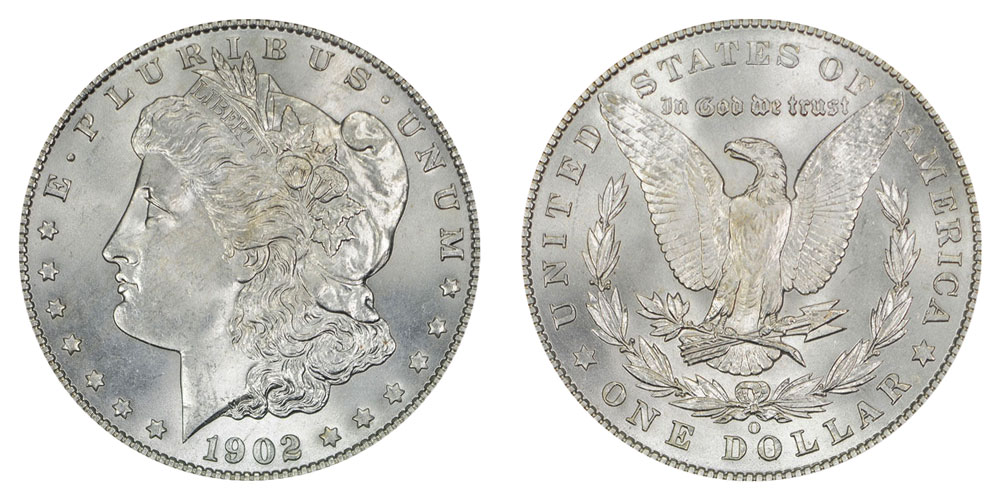 Like many other dates from the New Orleans Mint, the strike on the 1902-O Morgan dollar is nothing to write home about. It has a generally flat strike, often with a grey-ish color.

Circulated grades of the 1902-O Morgan dollar are less than common, but the vast number of Mint State coins keeps their prices depressed. A virtual tsunami of Mint State 1902-O Morgans poured from Treasury vaults in late 1962 and 1963, making even MS65 grades readily available.

Due to the significant number of uncirculated coins, the market for 1902-O Morgan dollars is only slightly better than other common date coins.