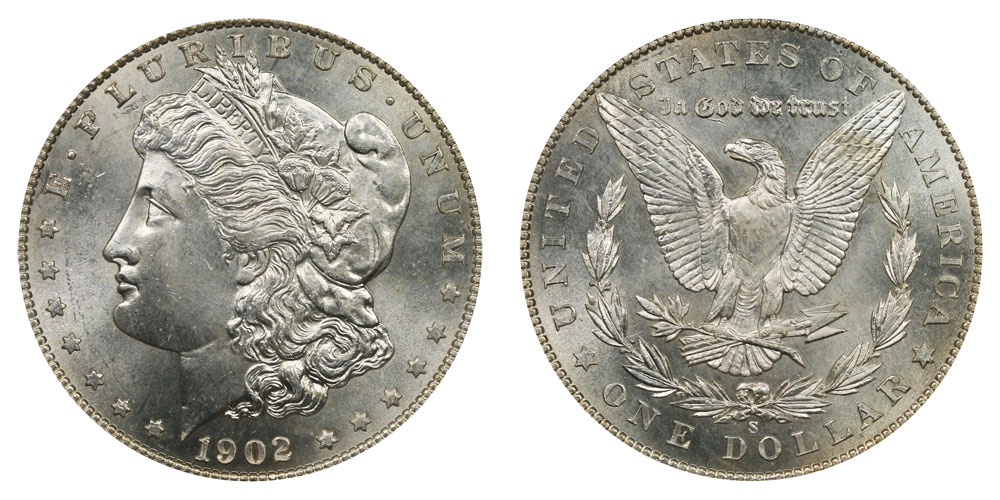 The 1902-S Morgan dollar was not the sharpest strike by far from San Francisco. Regular disbursements of 1902-S Morgans into circulation from the San Francisco Mint through the first half of the 20th century. Most of these have since vanished and were probably melted down.

The small mintage plus the toll of time has made the 1902-S Morgan dollar a somewhat scarce mintage. Morgans of this date had a soft strike, so the supply of sharply struck Mint State coins is further limited.