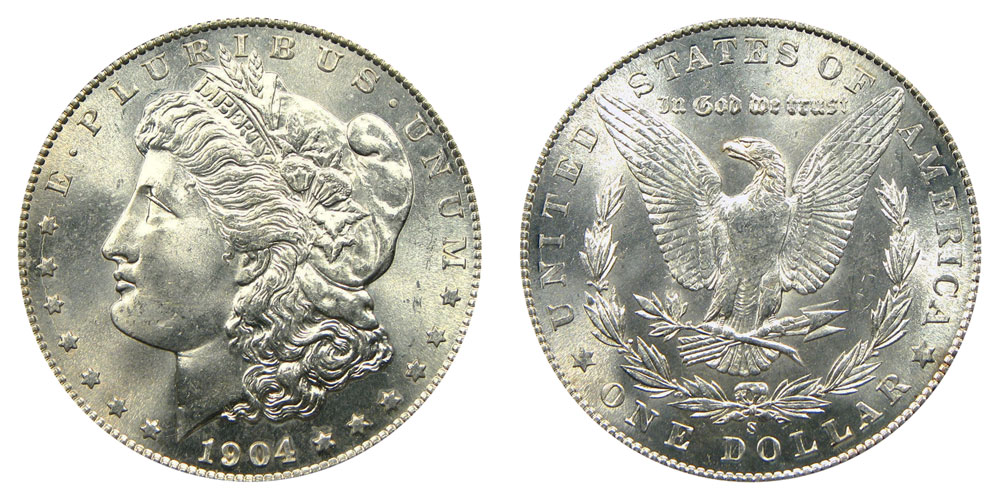 The 1904-S Morgan dollar suffered from weak strikes compared to previous issues, especially in the high points. Rough treatment at the Mint and Treasury vaults resulted in a greater than normal amount of detracting bag marks. This would be the last year for Morgan dollar production at San Francisco until the unexpected revival of the coin in 1921.

The 1904-S is a somewhat scarce coin in mid-Mint State, due to the rough treatment and excessive bag marks that this date suffered. The number of available coins shrink noticeably as the grade of the coin increases. Uncirculated versions of the 1904-S Morgan dollar are uncommon at MS63 and rare in MS65.