The 1942-P Type 2 silver Jefferson nickel did not enter production until late in the year. This was the first 35% silver “war nickel” produced at the main US Mint in Philadelphia, and the first coin to have a P mintmark. Until the 1942-P Jefferson nickel, mintmarks were only used for branch Mints.

It was planned to remove the silver nickels from circulation after the war, and some way was needed to easily tell them apart. The solution was to place an oversized mintmark on the reverse of the coin, above the dome of Monticello.

It was decided after the war that it would be too much trouble to find and remove the silver “war nickels” from circulation. They were still common in change until the 1960s, when rising silver prices led the public to hoard all silver coins. 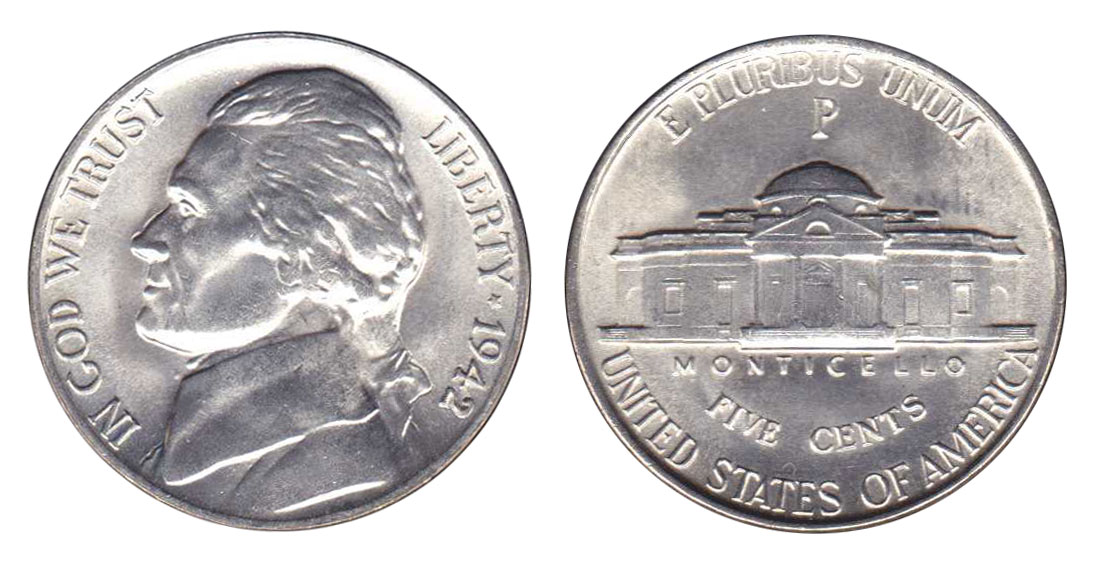 The Value of A 1942-P Silver Jefferson Nickel

The novelty and silver content, as much as the first appearance of P mintmark, led large numbers of Type 2 1942-P Jefferson nickels being hoarded by the roll. This means that even high Mint State coins are plentiful.

Most strikes are sharp, thanks to the softer silver alloy. The proportion of Full Steps examples are about average.