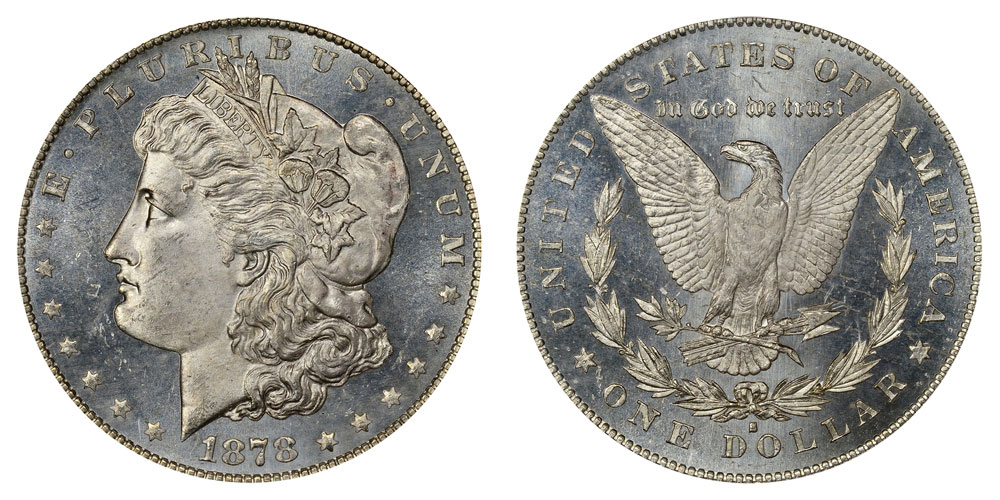 This has resulted in circulated examples of 1878-S Morgans tending to be less worn than truly common date mintages.

While 1878-S Morgan dollars cost a bit more than the cheapest dates, they are easily found up to MS65.

There are only a total of four MS67+ 1878-S Morgan dollars recorded by NGC and PCGS together. PCGS lists a single MS68 as the finest it has graded.

Like many of the earliest Morgan dollars from the San Francisco Mint, 1878-S Morgans are usually well struck.