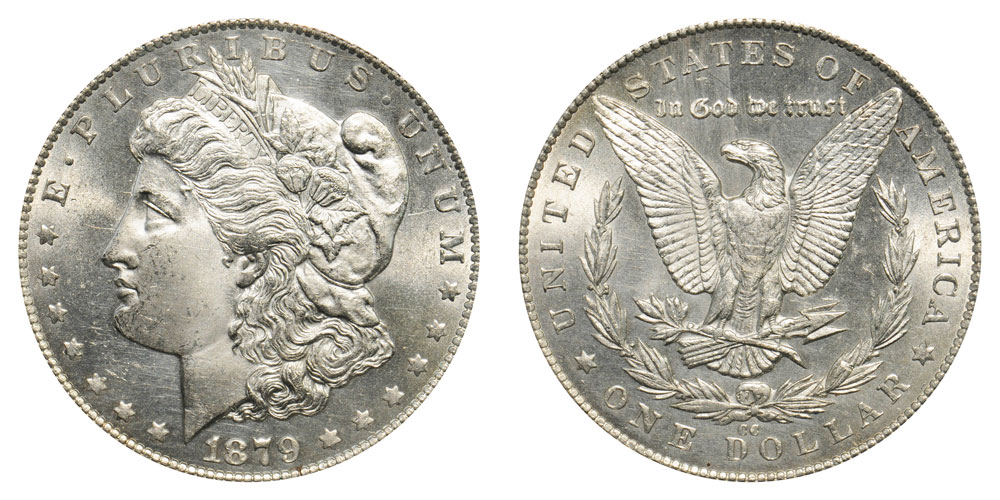 The 1879-CC is one of the most popular Morgan dollars from the Carson City Mint. Most of this mintage went directly into circulation in the bustling Comstock region.

A notable variety is the "Capped CC" 1879-CC Morgan dollar, which was struck from rusted dies. This resulted in a degraded mint mark that has silver pushed into the rusted away areas around it. While the Capped CC represents about 1/3 of the total 1879-CC Morgan dollars surviving, it sells for slightly less than coins with a normal strike.

The Value of An 1879-CC Morgan Dollar

A substantial number of 1879-CC Morgan dollars are thought to have been melted down under the auspices of the 1918 Pittman Act. The date was also woefully under-represented in the GSA Morgan dollar sales in the 1970s, with around 4,000 coins.

These events have resulted in far fewer survivors, even compared to lower mintages, such as the 1880-CC, 1881-CC, and 1885-CC. Most uncirculated 1879-CCs are found in the lower Mint State range.