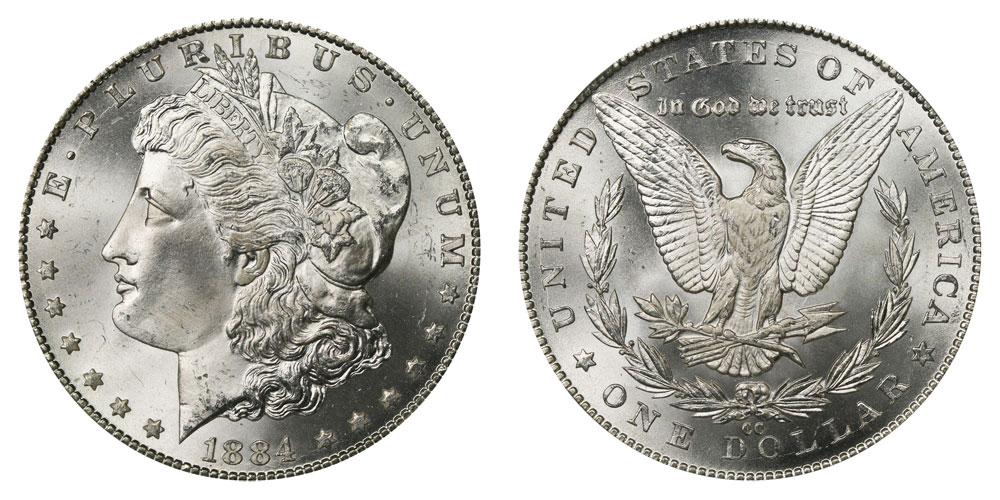 The 1884-CC Morgan dollar was a mythical rarity for nearly 100 years. This changed in the 1970s with the GSA sale of Morgan dollars. The Treasury Department stopped giving out $1,000 bags of Morgan dollars at face value in 1964, when they realized how valuable they were.

The General Services Administration (GSA) was charged with selling the remaining Morgan dollars A great many of the silver dollars remaining in Treasury vaults when sales ceased were Carson City mintages. More than 960,000 of these coins were 1884-CC Morgans, priced at $30. Even accounting for inflation, that was still a great deal for an uncirculated Carson City Morgan dollar ($187).