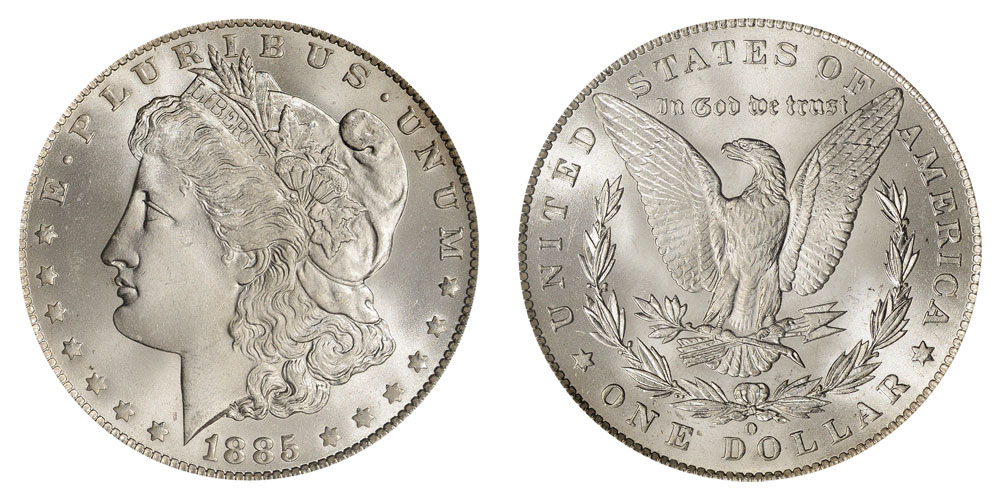 The New Orleans Mint did nothing but make Morgan dollars in 1885. Over 9 million, in fact. But as it ended up, almost none went into circulation at the time.

This exercise in silver dollar futility was to keep up with the 1878 Bland-Allison Act's requirement to turn $2 million worth of silver bullion into silver dollars every month. It was decided that the New Orleans Mint had nothing better to do, so it was ordered to make Morgan dollars.

Large numbers of 1885-O Morgan dollars were paid out to banks at face value from the 1930s through the 1950s for use in commerce. This is where most of the circulated examples of the mintage come from. However, prices for Mint State 1885-O Morgan dollars are so low, that circulated versions are mostly ignored. With MS63 coins going for less than $75, why buy a worn one?

Millions of 1885-O Morgans (among other dates) poured out of Philadelphia Mint vaults from October 1962 through 1963.This was in addition to the disbursements in Washington by the Treasury.

The 1885-O Morgan dollar has variable strike quality. While many are flat in the center, sharply struck examples exist (at a premium). With so many available, take your time to cherry pick a nice one. This date is common through MS66, due to the millions that spent their entire existence in bank bags.