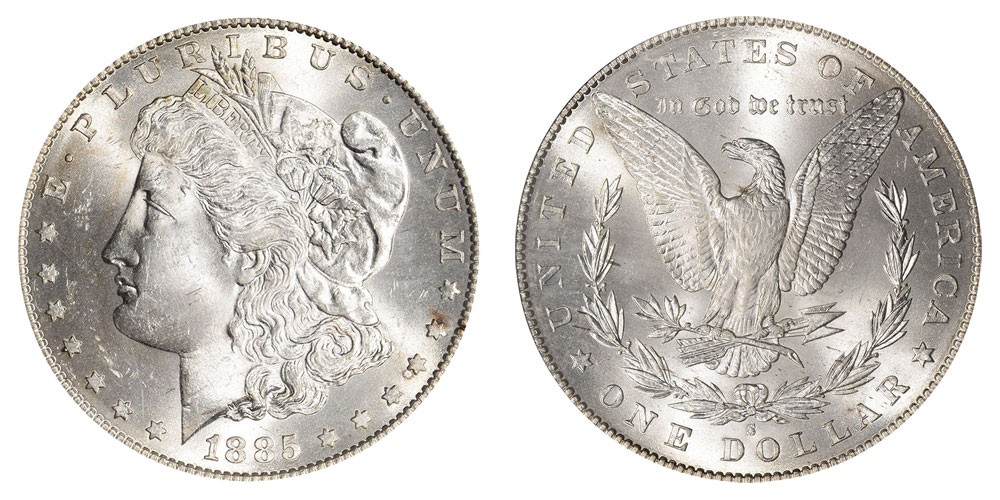 The 1885-S Morgan dollar had a mintage just under a million and a half coins. The San Francisco Mint dribbled out bags of 1885-S Morgans into circulation in the regular course of business until the 1940s. As a result, the issue saw little attention from collectors until the 1950s.

The market for 1885-S Morgan dollars was sensitive to changes in supply through the 1960s. Prices stabilized after the big Treasury releases of 1962–1964. Today, it is considered a scarce issue, especially in MS65 and above, but not a truly rare mintage.

The average 1885-S Morgan dollar is weakly struck, especially in the middle. This is unfortunate, as many have a frosty luster. Sharply struck, unblemished coins that take advantage of this luster can be found with difficulty, at prices substantially above the average coin.