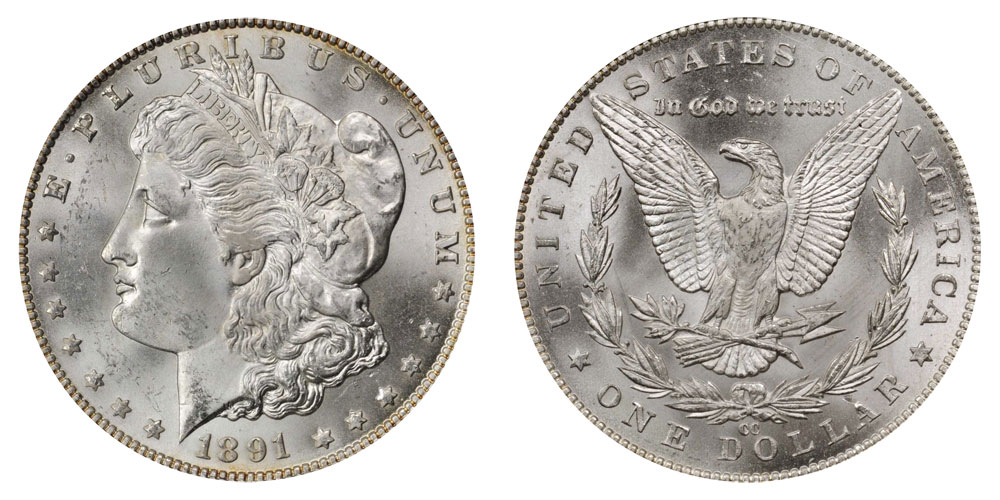 The 1891-CC Morgan dollar is one of the few dates from the Carson City Mint to actually enter commerce soon after being struck. This mintage is also the source of the famous "Spitting Eagle" Morgan dollar, a Top 100 Morgan dollar variety.

The Value of an 1891-CC Morgan Dollar

Although scarce, the 1891-CC Morgan dollar is one of the more widely available silver dollars from the Carson City Mint. In addition to those coins that uncharacteristically went into local circulation, the San Francisco Mint disgorged tens of thousands of 1891-CC Morgans from the 1920s to 1940s. By the 1950s, so many 1891-CCs flooded the market that coin dealers stopped buying them in quantity.

Most 1891-CC Morgan dollars had sharp strikes and attractive luster, those there were plenty of duds as well. Transport by rail from Nevada to San Francisco or Washington DC left most of them heavily bag-marked.