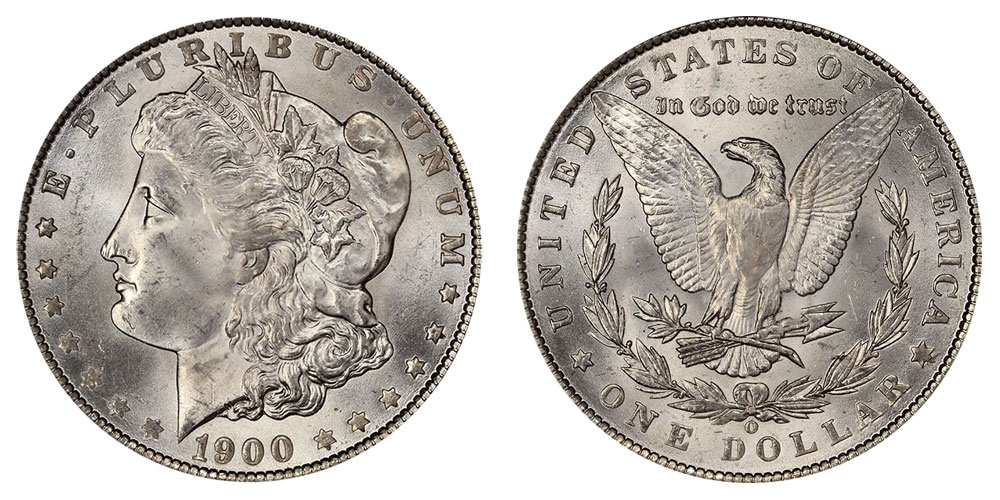 Note that, upon careful inspection, PCGS determined that all 1896-O, 1900-O, and 1902-O Morgan dollars with a "micro O" mintmark are counterfeits.

The 1900-O Morgan dollar could be a poster child for "common date Morgans". Of the massive original mintage or more than 12 and a half million coins, it is estimated that fully 10% survived the various government and private meltings. The 1900-O was already available in mass quantities before the Great Morgan Dollar Disbursement by the Treasury Department in 1962.