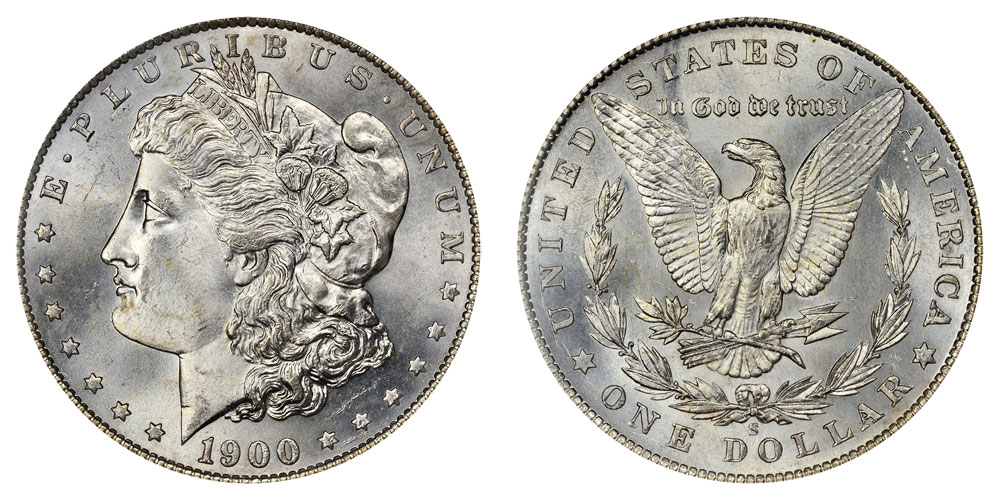 Of the 3.5 million Morgan dollars produced in San Francisco in 1900, nearly all went into storage and stayed there for decades. They slowly began entering circulation in the 1930s and 1940s, as WPA construction, and later, the extreme industrial activity during WWII swelled the state's population. After the war, many 1900-S Morgans went to Las Vegas, where they were used in the burgeoning casino industry.

Casinos became the largest customer for San Francisco silver dollars from the 1950s until the last ones were paid out from Treasury vaults in the 1960s. Nearly half of the last big Morgan dollar disbursement by the Treasury Department went to the casinos in Las Vegas.

Like many Morgan dollar mintages at the turn of the century, the strike of the 1900-S varies widely. Even though an estimated 1 million coins of the 3.5 million mintage were melted under the Pittman Act, the date is still reasonably available today.