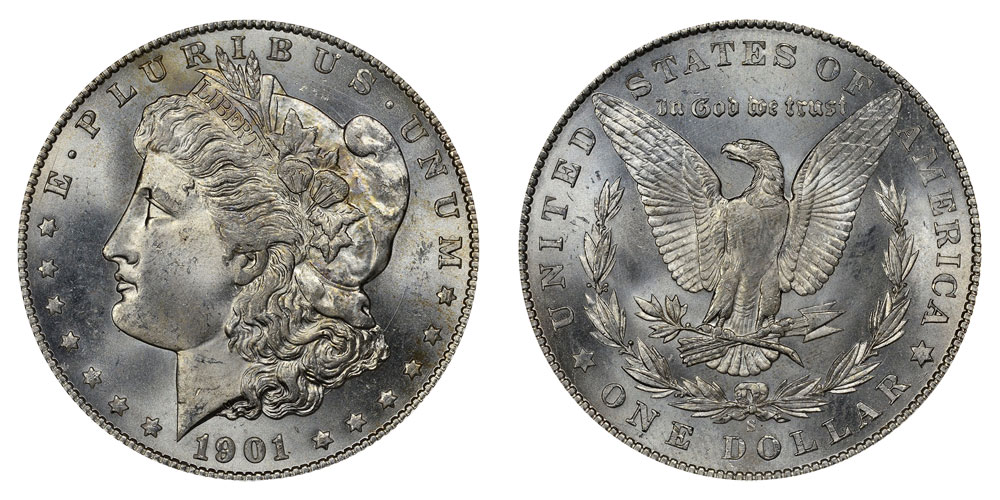 The 1901-S Morgan dollar saw most of the mintage enter circulation over many years. This is one date that was completely absent from the famous Redfield Hoard, and drastically underrepresented in the big Treasury disbursements of the 1960s.

The 1901-S Morgan dollar is uncommon in circulated grades and lower Mint State grades. It becomes somewhat of a condition rarity.