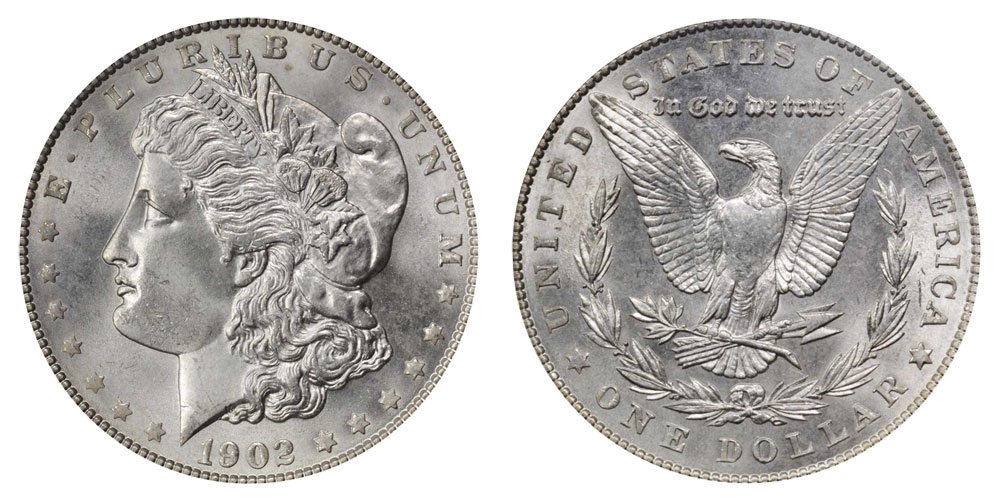 The history of the 1902 Morgan dollar followed the same trajectory as many dates from the Philadelphia Mint. It had a high initial mintage, but nearly all of them were put into storage. The 1902 Morgan was common in worn grades for the next 30 years but scarce in Mint State.

1902 Morgan dollars began reappearing in circulation right after WWII. The number of Mint State coins emerging from Treasury vaults increased through the 1950s, around five years before some of the more notable dates.